'Trash trappers' to be installed in Toledo waterways

A new partnership between the University of Toledo, the City of Toledo, TMACOG and others will trap trash in its tracks before it reaches Lake Erie. 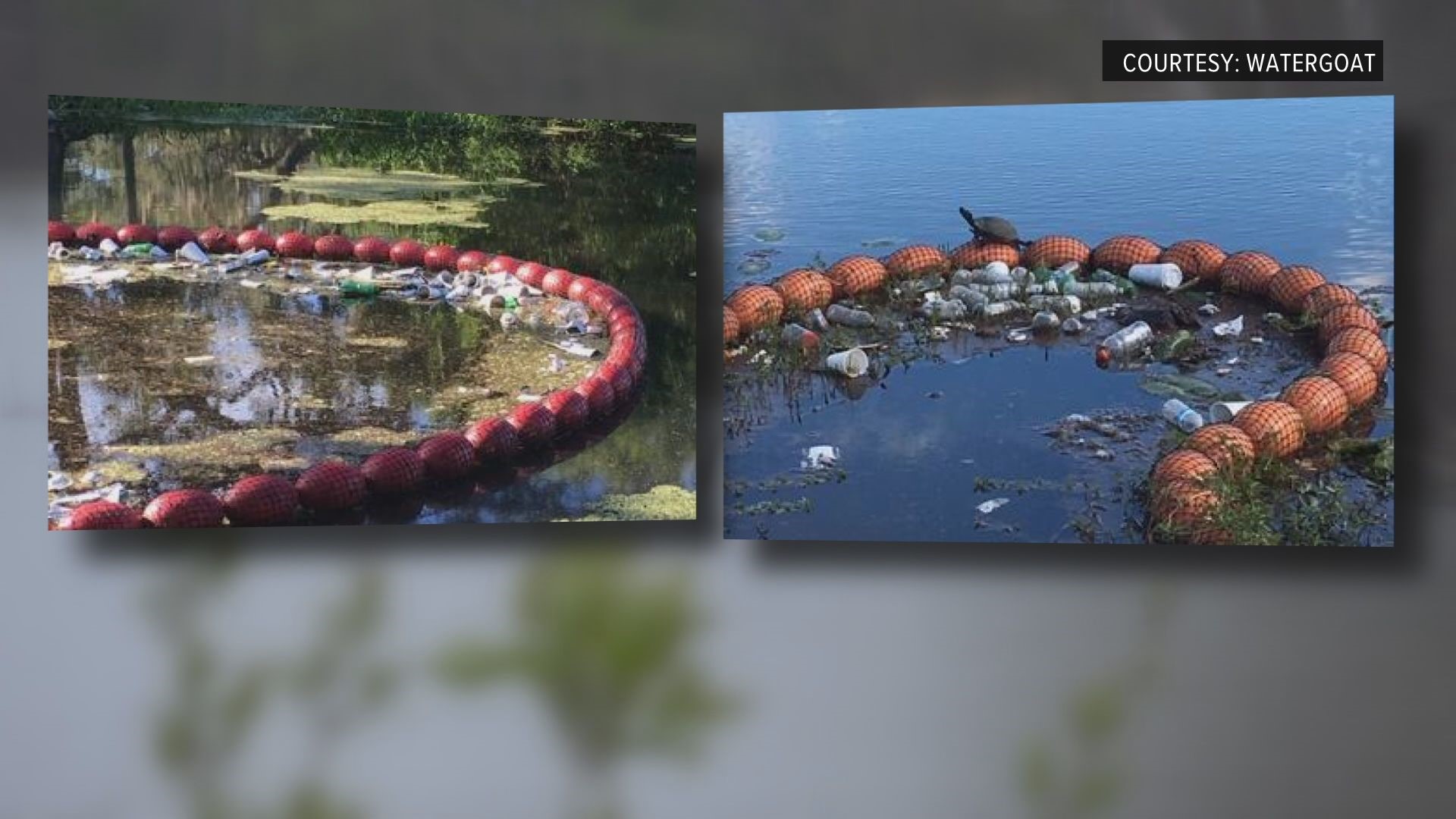 TOLEDO, Ohio — Every year, roughly 2,500 tons of garbage -- or five million pounds -- travel through our waterways and out into Lake Erie.

But thanks to a new partnership and federal dollars, that number could soon be drastically reduced.

"Too much of the trash is getting into the water and then the water carries it to the lake, and a lot of it then degrades into smaller and smaller pieces where we can't clean it up," said Edith Kippenhan, a senior environmental specialist for the city of Toledo.

"Basically a great big curtain or a big metal box that the water will carry the trash into and it will hold it for us," Kippenhan explained.

The trash trappers will be placed at seven locations, all within a five-mile area from Lake Erie.

From there, students at the University of Toledo will pick up the trash and analyze it.

Apul told WTOL 11 two engineering students will work full time on this effort while a pool of others will assist for class credit.

She hopes it serves as a prototype, of sorts, for innovative ideas to eliminate the problem.

"We're getting involved from the perspective of pollution prevention," Apul said. "But we could certainly design our infrastructure in a way so that trash is captured before it gets into the waterways. That is definitely something we can look into."

In the meantime, while experts tinker with the concept, we can all pitch into the solution.

"Trash that didn't make it into a trash can is going to end up out in the lake and it's going to affect you economically and if you do (recreational) stuff on the water, you're going to see it there," Kippenhan said.

The project is funded to last for at least two years.

Protecting our water: a new partnership between @UToledo, @city_of_toledo, @TMACOG and others will trap trash in its tracks before it reaches Lake Erie.