Solar United Neighbors, a non-profit, is aiming to gather 50-150 Lucas County residents interested in switching to solar power at a better price. 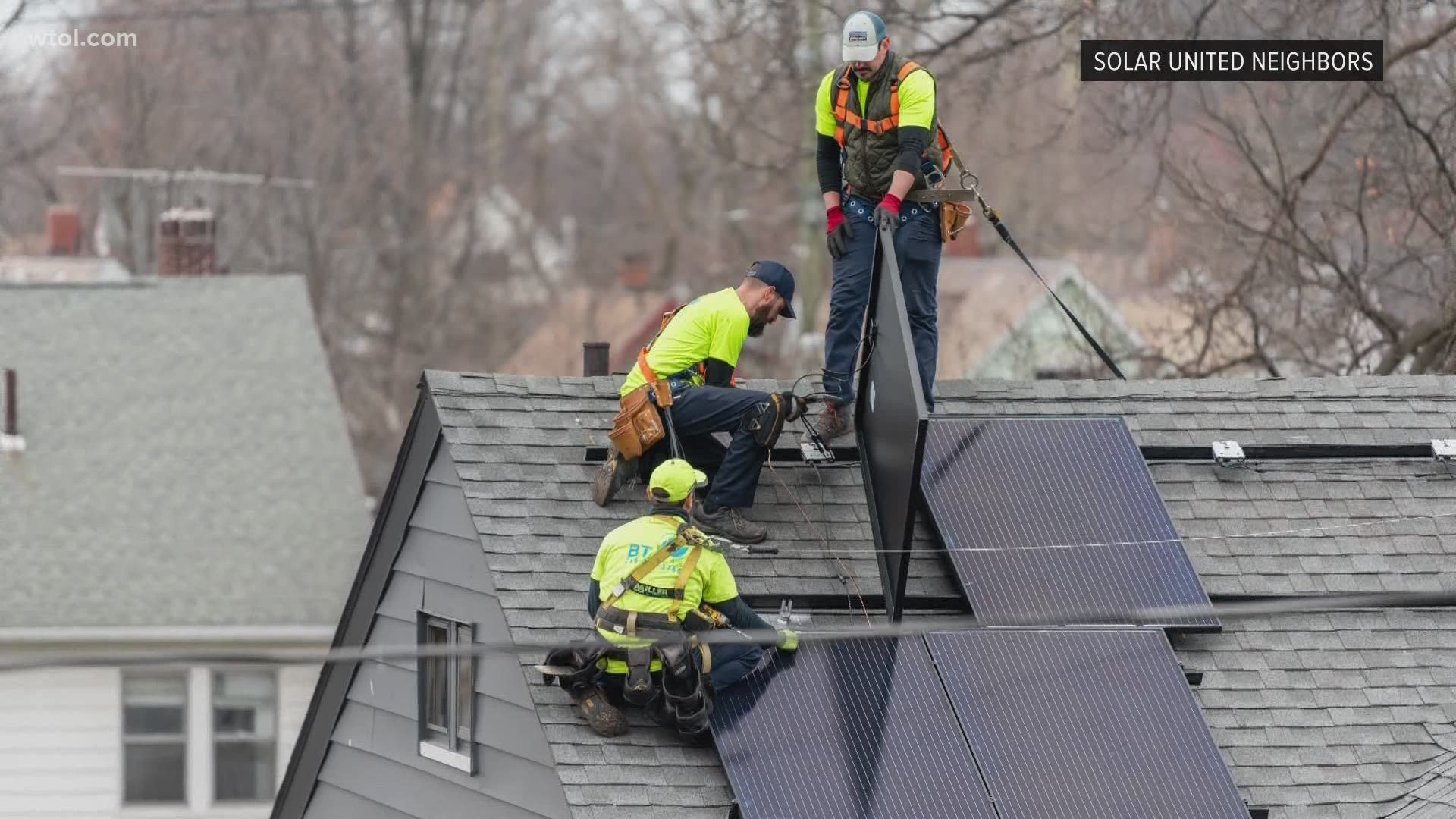 But there's a new effort underway to partner up with your neighbors and drive down the price.

"A solar co-op is a buyers' club, essentially," said Tristan Rader, the Ohio Program Director for Solar United Neighbors. "We pull together anywhere from 50-150 people in the area and we help them go solar together."

Solar United Neighbors, a non-profit, works to bring folks together -- in this case, Lucas County residents -- and collectively solicit bids for photovoltaic systems, what we commonly refer to as solar panels.

The idea here is power in numbers: the more people you get to sign on to the co-op, the better price you get from the solar company. That's where the city of Toledo comes in to help recruit people.

"The benefit if you enter into a co-op is that you're doing it with other folks," said Toledo City Council member Nick Komives, who's spearheading the effort from the city's end. "So it drives your initial cost down. So if I were interested in solar on my own, I'd have to contract out, I'd have to find the panels. All these things can become quite cost-burdensome. But when I do it with 100 other people, it's a lot less of a cost burden."

As Earth Day approaches, it's also an attractive idea for those who are environmentally conscious. The sun allows for clean and renewable energy.

"We're going to be generating energy from a source that doesn't require us to harm the Earth in the process or do these other things that cost a lot more money," Komives said.

This co-op will open for enrollment in early May and close in July. There are several information sessions that will be scheduled in May for interested people, Rader said. You can learn more on Solar United Neighbors' website.