The 3-D technology, called tomosynthesis, screens for early signs of breast cancer in women with no symptoms and provides more diagnostic power. 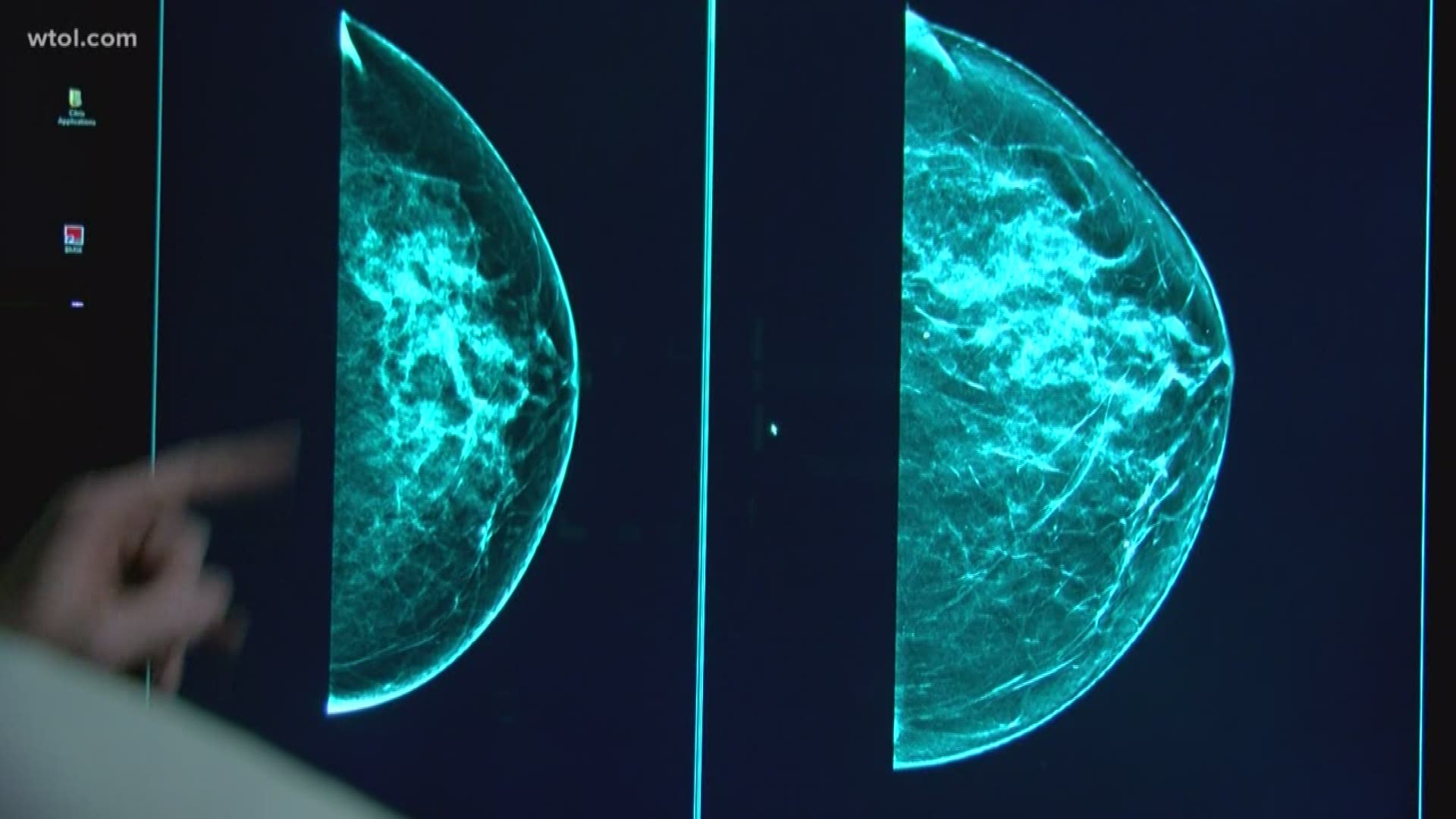 TOLEDO, Ohio — The fight against breast cancer rages on. It’s a battle being waged on multiple fronts, and major technological advancements now give doctors a clearer view of the culprit.

Breast cancer survivor Jennifer Bowman, recounts the moments that forever changed her life. Doctors diagnosed her with with an aggressive form of breast cancer - stage 2 HER-2 positive breast cancer.

"The first thing the doctor said to me, it isn’t good," Bowman said. "Obviously it was surreal. You don’t think it’s going to happen to you."

Bowman had no family history of cancer, and hers was caught during a routine mammogram. Doctors spotted the disease using new 3-D technology called tomosynthesis.

"All the radiologists are unbelievably impressed with this new technology. We are definitely finding breast cancers that are smaller and would have been missed on previous mammograms," said Dr. Malcolm Doyle, a radiologist at ProMedica Toledo Hospital.

For years, mammograms only showed a two-dimensional image of the breast from two X-ray images of each breast.

Credit: WTOL
Jennifer Bowman was diagnosed with stage 2 HER-2 positive breast cancer and successfully battled it.

"If you had dense breast tissue, which is what all this white stuff is on the mammogram, there is much more chance that the cancer could be missed," Doyle said.

Doyle said the limited 2-D view oftentimes led to a false positive, which is when a mammogram shows an abnormal area that looks like cancer but turns out to be normal.

"None of us can imagine going back to the old days of just the 2-D mammograms," he said.

The new 3-D mammograms slowly have been integrated into hospitals across the country, becoming the standard of care.

"The woman is really not going to realize anything different - the positioning is the same - and the time, even though we have all these extra images, the time (it takes) to obtain the mammogram is not that different from before," Doyle said.

The real difference is the view. The 3-D scan takes several X-rays of the breast from different angles and then creates a three-dimensional image of the breast. This allows specialists to see right through fatty and dense breast tissue, which can expose the cancer early.

Credit: WTOL
"All the radiologist are unbelievably impressed with this new technology, we are definitely finding breast cancers that are smaller and would have been missed on previous mammograms," explained Dr. Malcolm Doyle, a radiologist at ProMedica at Toledo Hospital.

"The key with breast cancer is picking it up at a smaller size, when it has an earlier stage. It gives the woman the best prognosis," Doyle explained.

While most insurances now cover the procedure, there is local help for those who are uninsured or underinsured, through Susan G. Komen Northwest Ohio.

When asked if he thought the technology was saving lives, Doyle was straightforward.

"Absolutely it is, yes. The old mammograms, even though they were somewhat flawed, were proven to decrease the mortality rate from breast cancer. The data is still coming in on the 3-D mammograms, but we are anticipating even greater decreases in mortality related to breast cancer," Doyle said.

Early detection is the key. Doctors recommend yearly mammograms starting at 40, with a baseline mammogram around 35. Those numbers are different if you have a family history of breast cancer.

RELATED: Tune in for complete Race for the Cure coverage Sunday

RELATED: Race for the Cure: In Celebration of Artina McCabe