After Congress waived state testing requirements in spring due to the pandemic, school leaders say they were shocked the state would release report cards this year. 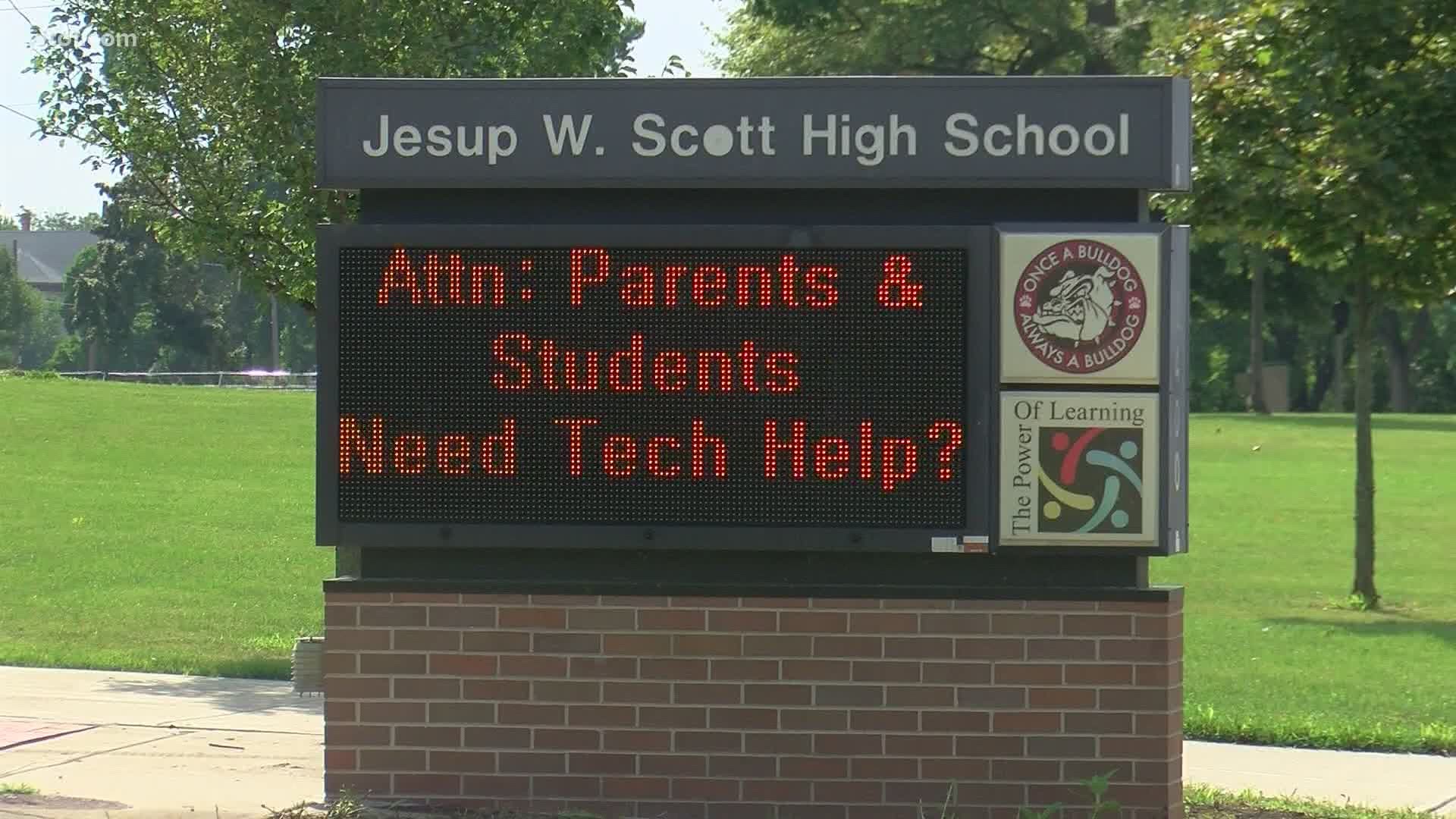 Now, Durant said more than 80% of these report cards are incomplete.

"Much of it is incomplete, so it provides very little information. But at the end of the day as a school district, we provide daily information and that comes from our educators who are truly the best assessors of a child's education," Durant said.

If you look at any report card on the Ohio Department of Education's website, you'll see an 'NR' listed, 'NR' stands for not reported, which means there's no report or grade to issue this year.

Despite the lack of data on the report cards, Executive Transformational Leader of Curriculum Jim Gault says, the district is still seeing signs of success.

"Our preliminary data shows that next year's report card will be the highest four-year graduation rate the district has ever had. We're seeing strong in our Pre-K through three numbers," Gault said.

District leaders across our area believe state assessments are not the priority right now.

Durant said state leaders should take this time to re-evaluate the report card system after many have called it flawed.

"If there's any time better than now, it's to reevaluate, reassess, and redetermine those report card metrics that could potentially be used," Durant said.

He said TPS does not rely on the state report card to determine whether students are growing in the classroom.