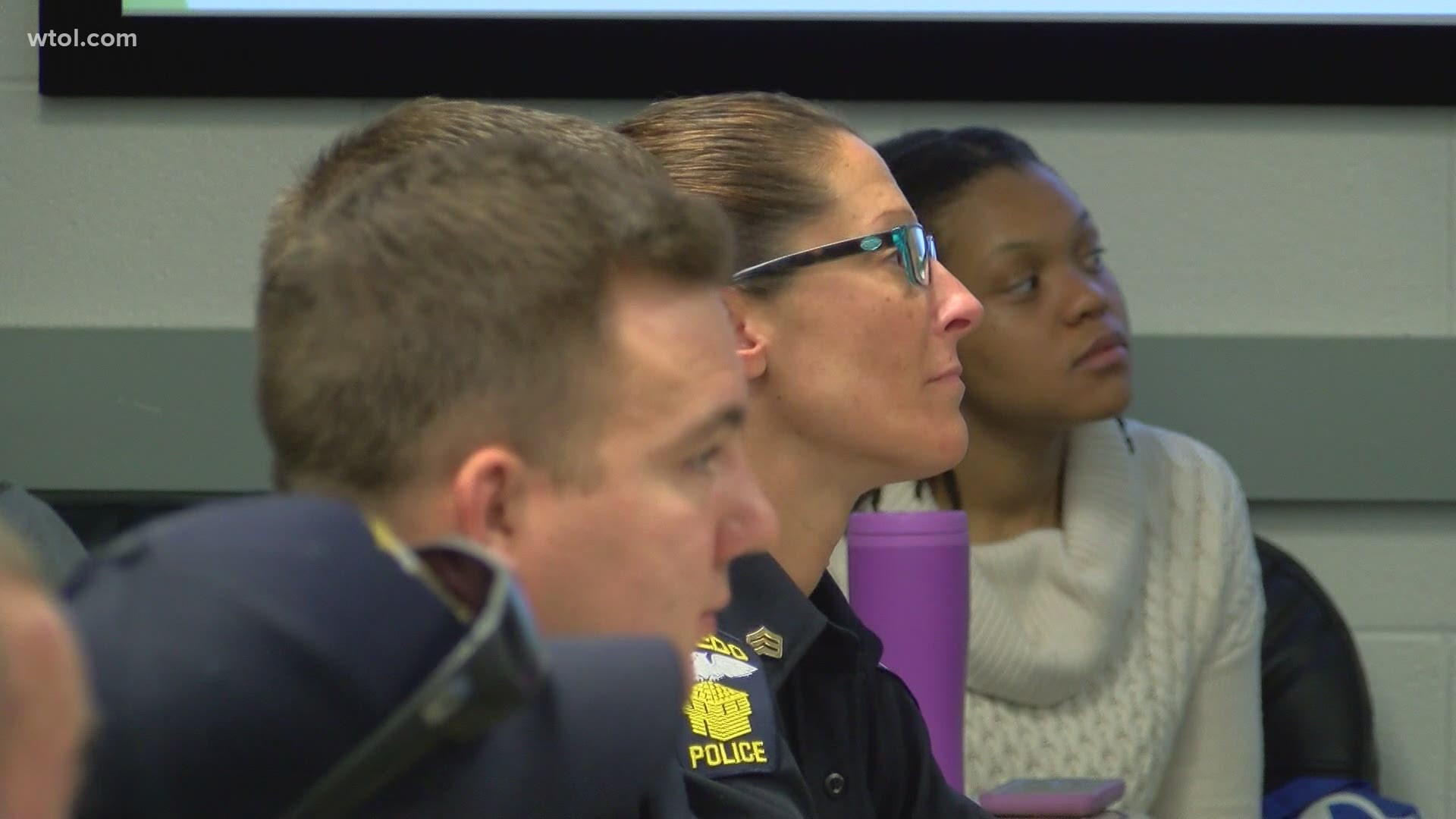 These are three components of Crisis Intervention Training that officers use to calm a situation in which someone may be having a mental health crisis.

"They didn't appear to have any threatening gestures or motives, you know, crowding the person, that kind of stuff that might've caused an escalation of behaviors," Executive Director of the Mental Health and Recovery Services Board Scotty Sylak said.

Lucas County has one of the largest CIT training programs in Ohio and has been training officers, dispatchers and corrections officers for 20 years.

While CIT doesn't work in every situation, it can keep things from escalating and can save lives.

"It's more than sitting in a classroom for 40 hours. [The officers] actually interacted with individuals who have mental disorders and it teaches them to recognize certain symptoms and how to react to, or how to not overreact," Lucas County Sheriff Mike Navarre said.

You can hear Demetric Kelley's family in two 911 dispatch audio clips pleading for help with his erratic behavior a day before the shooting.

At the time, Chief Kral said Kelley didn't meet the requirements to be taken to a psychiatric facility.

"Once a threat of violence is identified, once a handgun is identified, all those issues become secondary to the personal safety of the individual and the law enforcement officer," Sylak said.

Lucas County has several trainings a year which have continued during the pandemic.

Another important thing to know: if you call 911 for an emergency and believe someone is having mental health issues, you can request an officer with CIT training.