Police say the 41-year-old suspect opened fire against officers and a police cruiser Saturday morning. He was taken to the hospital with multiple gunshot wounds. 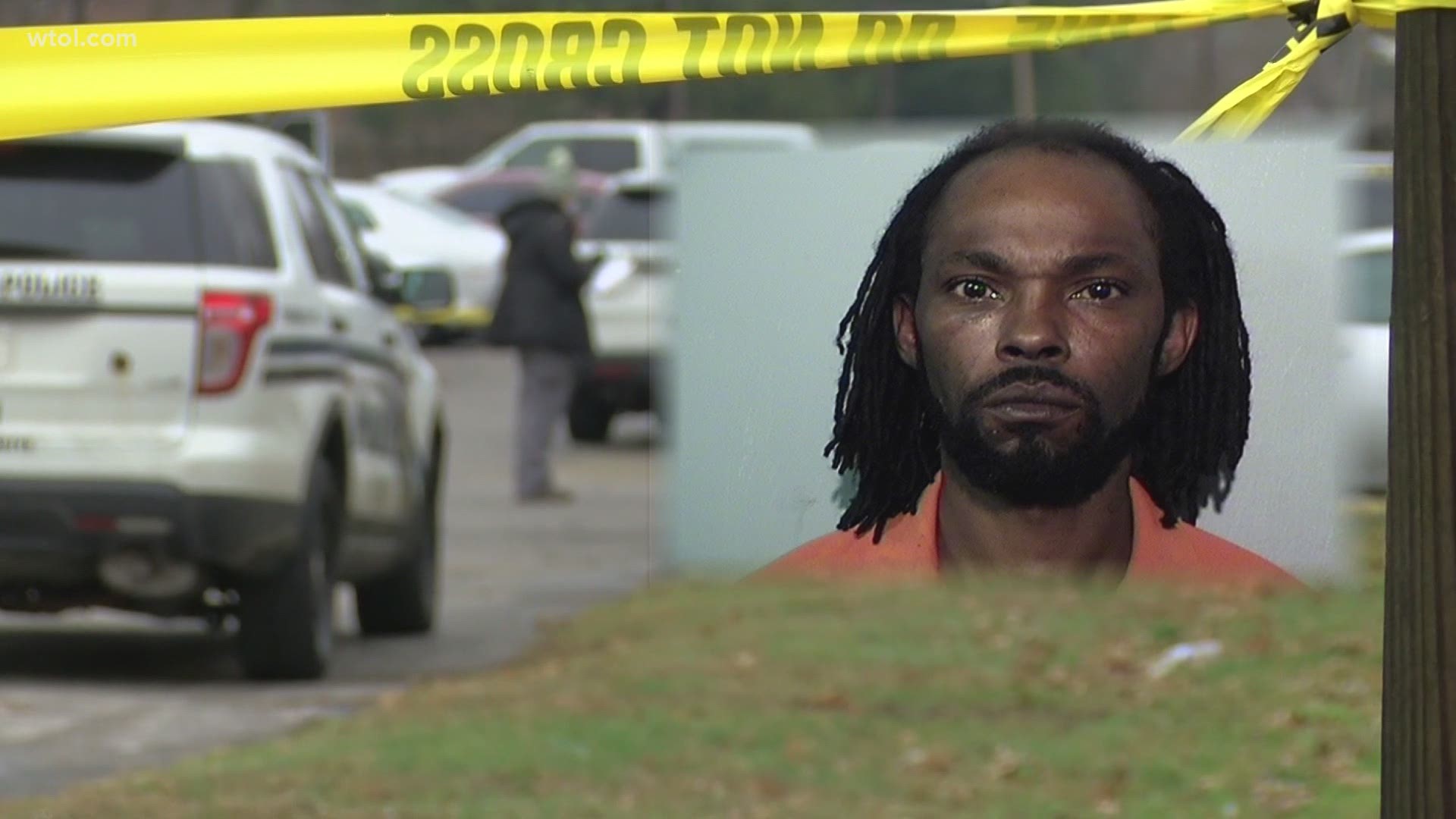 TOLEDO, Ohio — Toledo police have released body cam footage and identified the suspect in Saturday's exchange of gunfire with officers at Secor Woods Apartments, laying out the events leading up to the incident.

According to Police Chief George Kral, Demetric Monta Kelley, 41, is in custody, and recovering at the hospital after opening fire against police at the west Toledo apartment complex Saturday morning.

During a press conference Monday, it was revealed that officers responded to Kelley's apartment twice before Saturday's shooting, following reports of erratic behavior.

Below is a timeline of what happened, according to police.

At 2:42 p.m. on New Year's Day, Kelley's mother called 911, saying he needed medical attention. Kelley's wife then took the phone and explained that Kelley had locked himself in a room. She told dispatch that she thought he may have had a seizure. However, Kelley later refused treatment from EMS on scene.

Kral said that a "responsible adult" told officers that everything was fine.

Another 911 call was placed around 6 p.m. Friday - this time from Kelley's cousin.

He told police that Kelley said he wanted to kill himself, and that he was holding Kelley down on the ground. Kelley's 3-year-old child could be heard screaming in the background in a recording of that 911 call.

After officers arrived on scene, Kelley once again refused treatment.

According to the Ohio Department of Health, in order for law enforcement to emergency admit someone, they have to meet at least one of the following four qualifications:

"We're talking about putting someone in a psychiatric ward against their will, so we have to... this is something we take incredibly seriously and we don't just pink slip someone based on innuendo or statements from one other person," Kral said.

Officers Kerry Hayes, Don O'Brien and Ronald Wilcox responded to the apartment complex on Secor Rd. just before 8:30 a.m. Saturday, after two people called 911 saying they saw a man with no shoes and no shirt screaming in the parking lot.

When officers arrived, they encountered Kelley in the entrance to the building with a gun in his hand.

Hayes asked Kelley to put the gun down before Kelley fired at her police car.

Wilcox then shot four times at Kelley, according to Kral.

O'Brien chased Kelley as he fired two more times, leading to a brief shootout between Wilcox and Kelley. Kelley was eventually struck six times after Wilcox fired a total of six shots, although three of his wounds were self-inflicted. He was shot once in the chest, once in the arm and once his abdomen, along with three self-inflicted gunshot wounds in his foot.

Once officers were able to get him into custody, police put him into a recovery position and began to administer first aid. As of Monday, Kelley was in stable condition.

No one else was injured in the incident, including the officers.

When police later searched the building they found Kelley's child inside his apartment, unharmed. According to police, the child produced another firearm - a .22 caliber revolver - and gave it to an officer inside of the apartment before they were released to their mother.

Kral said Kelley will be charged with two counts of felonious assault on a peace officer.

Elizabeth Mansfield was home at the time of the shooting. She said she was getting ready to leave for work when she heard the shots.

"I heard five shots, a pause and then another five shots," she said. "And the next thing I knew because I went to look out the window of my living room, there was a lot of police."

After the incident, glass littered the ground near the door where the shooting took place.

Nearby neighbors who heard the gunshots say they're startled by the shooting.

"Stuff like this doesn't really happen around here. We haven't really had shootings in this neighborhood," said Dayne Snapp, who lives nearby.

Mansfield said the shooting has shaken her sense of safety in the neighborhood.

"I feel very safe here. Our neighbors are all nice, very friendly, upon moving in," she said, "everyone was friendly introducing themselves and being helpful and kind. I don't feel any negative energy here whatsoever."

"Our number one instinct is to survive and they were keeping the rest of us safe too," Mansfield added.