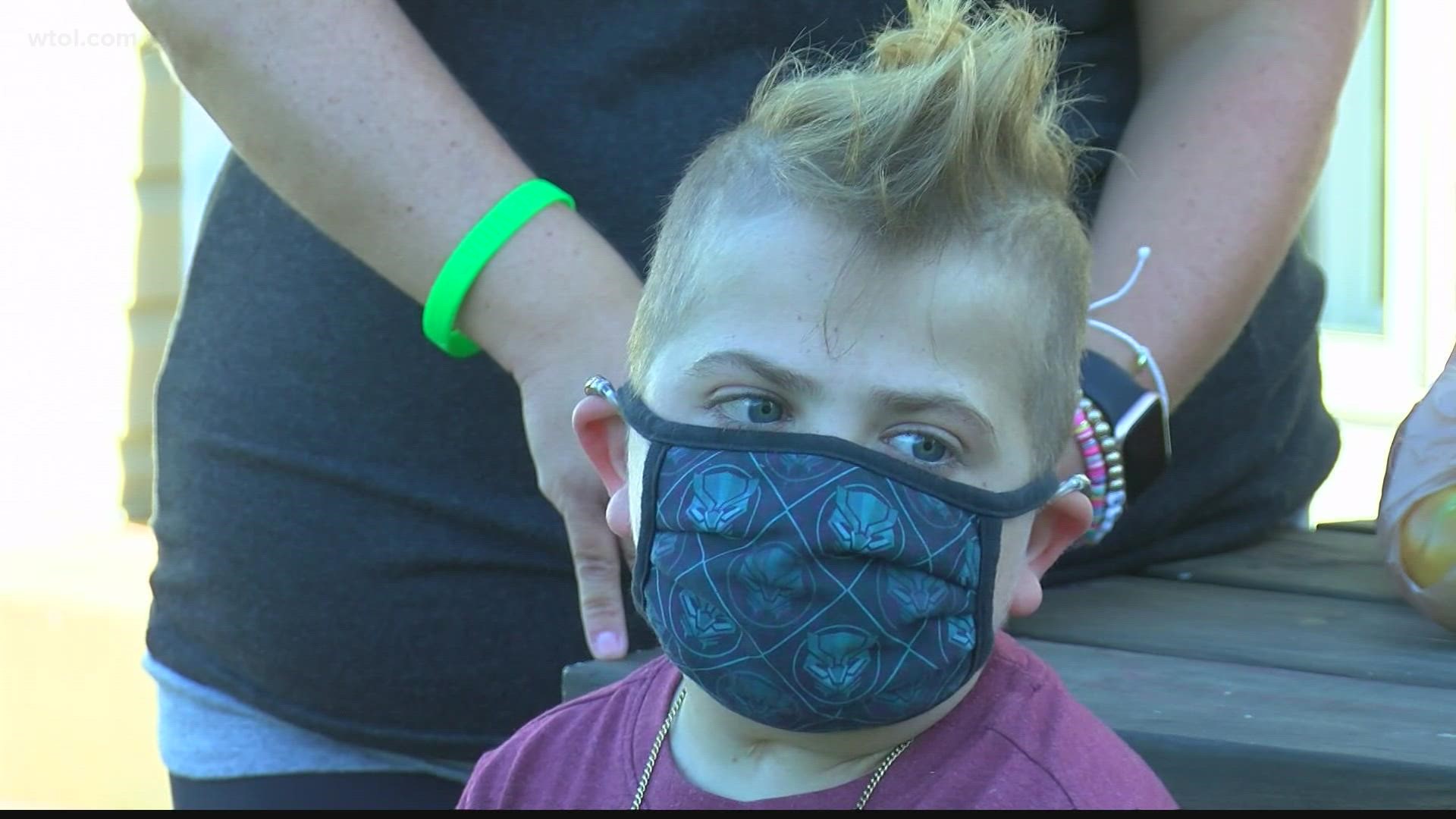 WATERVILLE, Ohio — A Waterville mother of a double lung transplant recipient is pleading for some compassion.

It's in response to a group that has vocalized to the Anthony School Local Schools District, that they don't want the mask mandate.

But, Katie Palmer says her son Bryson wants to go back to school and feels safer with masks in place.

"I miss the most, seeing all my friends," Bryson said, who is a 7th Grader at  Anthony Wayne Junior High School.

Bryson Palmer is like any other 13-year-old who wants to return to his classes.

But what makes him different, is he's already beat Neuroblastoma and has undergone a double lung transplant.

"What comes along with a lung transplant is you've immunosuppressed the rest of your life. To try to prevent your body from recognizing those lungs don't belong to you. But, that puts you at risk for a lot of different things like not having that good of an immune system," Katie said.

One of those things is COVID-19.

Katie said she wants to send Bryson back to school but is fearful about his health.

Her response follows a very vocal group of parents who are requesting the district not mandate masks.

Katie said she's even reached out to some herself.

"It's so disheartening because going through the things we've gone through, we've had a lot of support from the community in his life. But now, to see the tables turned and that's, that such backlash from that when you are at risk. It's just really disheartening," Katie said.

Bryson has some hearing loss and benefits a lot from receiving extra help in school.

But that can't happen if he isn't there in person.

Now, he wants people in his community to consider wearing a mask.

"I hope that everyone wears their mask so I can go back to school and see all my friends," Bryson said..

Katie wants that too, and she wants her community to try and understand where she's coming from.

There are other children in the community like Bryson.

"(I) would really hope that maybe it can soften some people to realize that there, we just want to protect our kid and that, that's all that we want. It's nothing. It's nothing more than that," Katie said.

"I was hoping that everything can go back to the way it was before. Before COVID even started," Bryson said.

Anthony Wayne Local Schools Superintendent Jim Fritz said the district is willing to address the needs of their student, and that his team will reach out to her again to see what they can do to address this mother's concerns.