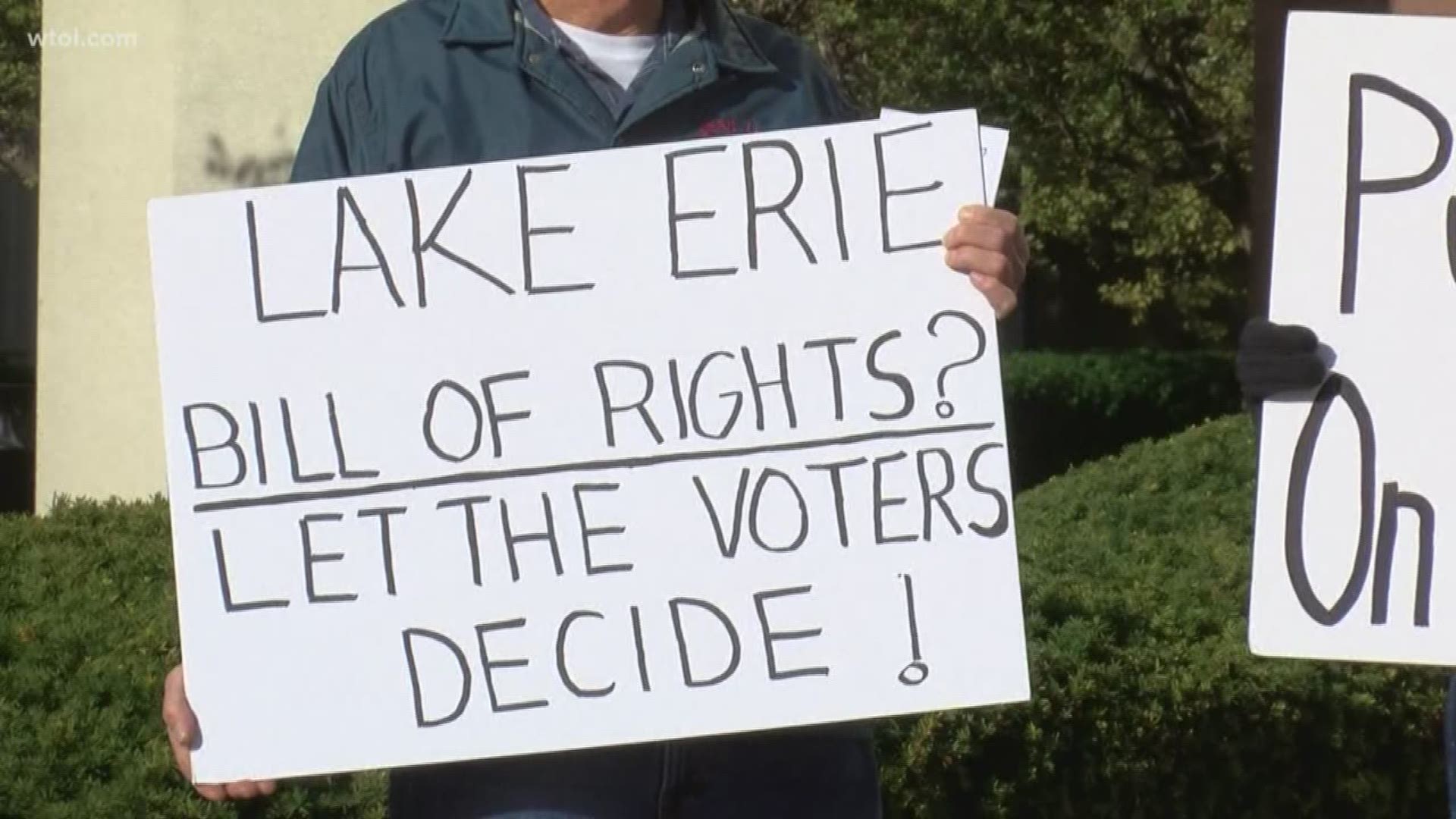 The northern district of Ohio western division Judge Jack Zouhary cited the bill as "unconstitutionally vague" and that it "exceeds the power for municipal government in Ohio."

Supporting groups like Toledoans for Safe Water said they expected a fight, but not this early.

Zouhary ruled that the language of the bill was too vague and could cause injury to the plaintiffs in the case, Drewes Farms Partnership and the state of Ohio. But, Miller asked how it could do so much harm if the language is confusing.

"If it is so symbolic, why the need for all the opposition," she said, "for all the barriers that they're putting up."

The decision states the plaintiffs have standing because they could suffer injury on paper from the bill. But, Miller said the bill was created from the real suffering of unsafe drinking water conditions in summer 2014.

"That wasn't on paper," she said. "That was the lived experience we had of three days without water and I think the ruling in those words is very insulting to the people of Toledo."

The amendment to Toledo's charter passed last year with 60% of the vote. Miller believes Toledoans wanted this and need to step up, not as owners of Lake Erie, but as stewards of the ecosystem.

"We wanted to lead the way with a different solution," she said, "because the state has had this control and things are getting worse."

The city of Toledo issued the following statement:

"The City of Toledo aggressively defended the Lake Erie Bill of Rights. We understand the ongoing frustration people have with state and federal officials who will not act to protect the lake in a meaningful way. Nonetheless, we respect the court’s decision and will examine our options going forward."