A new study has been released, showing that one of the main contributors to the Lake Erie algae problem may be unregulated factory farms. 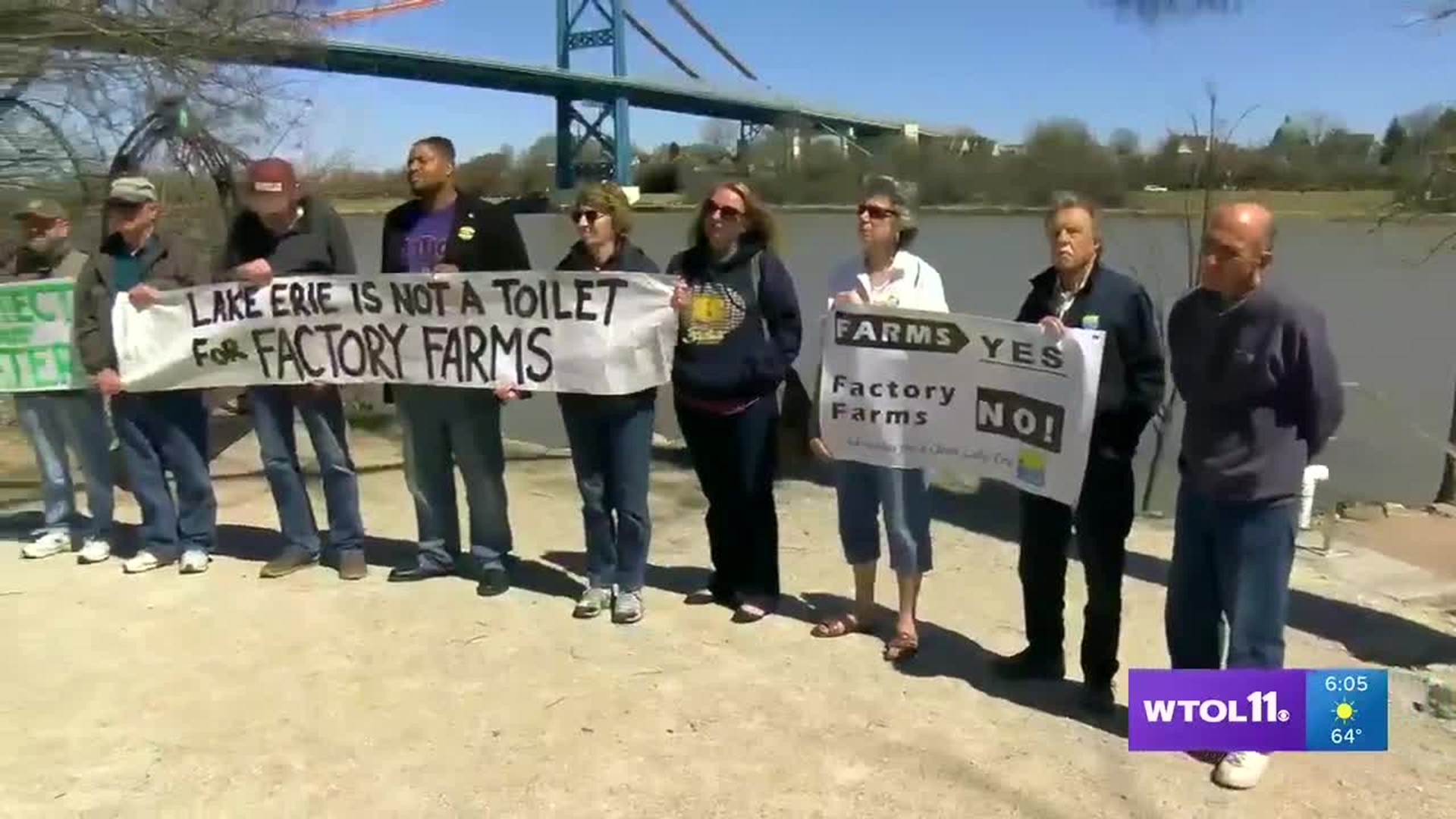 TOLEDO (WTOL) - A new study has been released, showing that one of the main contributors to the Lake Erie algae problem may be unregulated factory farms.

The Environmental Working Group is an agricultural activist organization that looked into factory farms within the Maumee River watershed. The group found that more than half of all factory farms in the watershed don’t need a permit to manage animal waste.

According to their findings, there are now 775 factory farms operating inside of the Maumee River watershed, a 42 percent increase from 2005. But after cross checking with Ohio Department of Agriculture, they found only 44 percent of them are large enough to need oversight for manure management. The rest of the farms are small enough in scale to need no regulation at all.

“Just keep it one underneath the number that you have to get a permit for and no one is even going to ask you a question,” said Mike Ferner with the Advocates for a Clean Lake Erie.

This is why ACLE representatives said they held a demonstration on Tuesday. They said the study proves that special agricultural interests have allowed factory farms to be exempt of manure management regulations and could be the main cause of phosphorus in Lake Erie.

Ferner also said the study should act as vindication for small, private farmers in Northwest Ohio, who seem to take the majority of the blame for nutrient runoff and algae blooms.

“Especially the ones that are using commercial fertilizer responsibly, because they’re using less and less every year. So, they are not the source of the problem, and we need to make that clear,” he said.

Ferner said that with this information in hand, it justifies the Lake Erie Bill of Rights, passed by Toledo voters in February.

Ferner also said that the Environmental Working Group will do additional studies to cover the rest of the lake Erie Western Basin watershed in the near future.