"Lady Justice" returns to her spot atop Henry County Courthouse

The 140-year-old statue was removed over 6 months ago for a much-needed restoration. 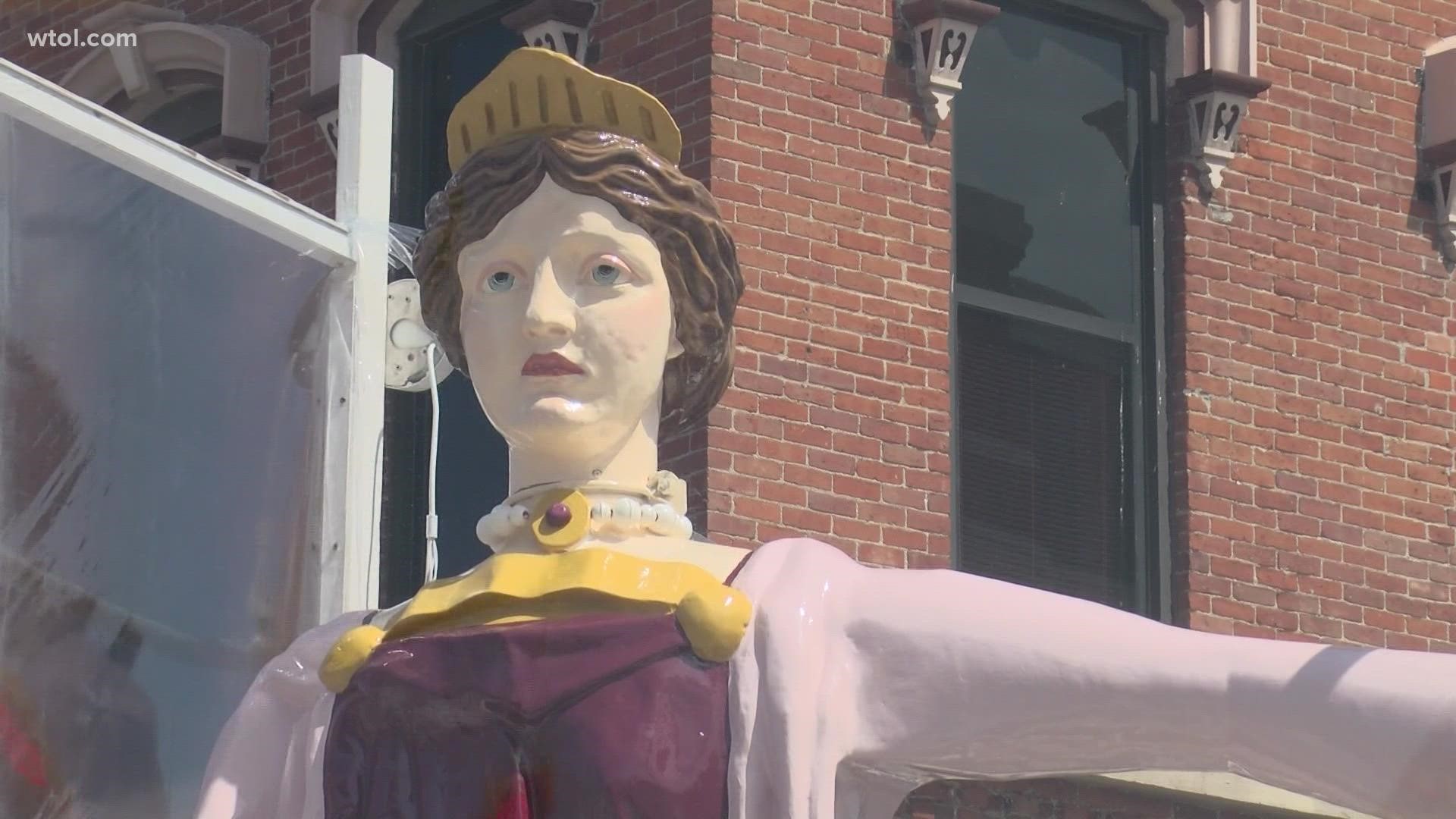 NAPOLEON, Ohio — A historic statue made its return to the top of the Henry County Courthouse on Saturday.

The “Lady Justice” figure has been in Napoleon since 1880.

Last year, the statue was removed from its place atop the North Perry St. courthouse for a much-needed refurbishment.

After a long wait, the newly restored statue was lifted back onto the top of the building to be admired once again by the people of Henry County.

“I’m really happy. Happy to be here with my buddy, and my family and it was really an honor to be a part of it,” said Kate Reardon, who was part of the restoration team along with Ron Smith.

“It came out a lot better than everybody expected," said Ron.

Credit: WTOL
A large crane hoisted the 140-year-old statue back to its place atop the Henry County Courtshouse.

Restoration of the statue and the exterior of the building where it resides took over 6 months to complete.

Before the big day on Saturday, curious people were able to get an up-close and personal look at the statue at the Henry County Fair.

On Saturday, the statue’s return drew a crowd of people who know came to see it be lifted back onto the courthouse.

Henry County also celebrated its 200th anniversary this year, although the celebration had to be delayed a year due to the COVID-19 pandemic.