The Napoleon Public library would like to utilize the renovated historic space for expanded services. 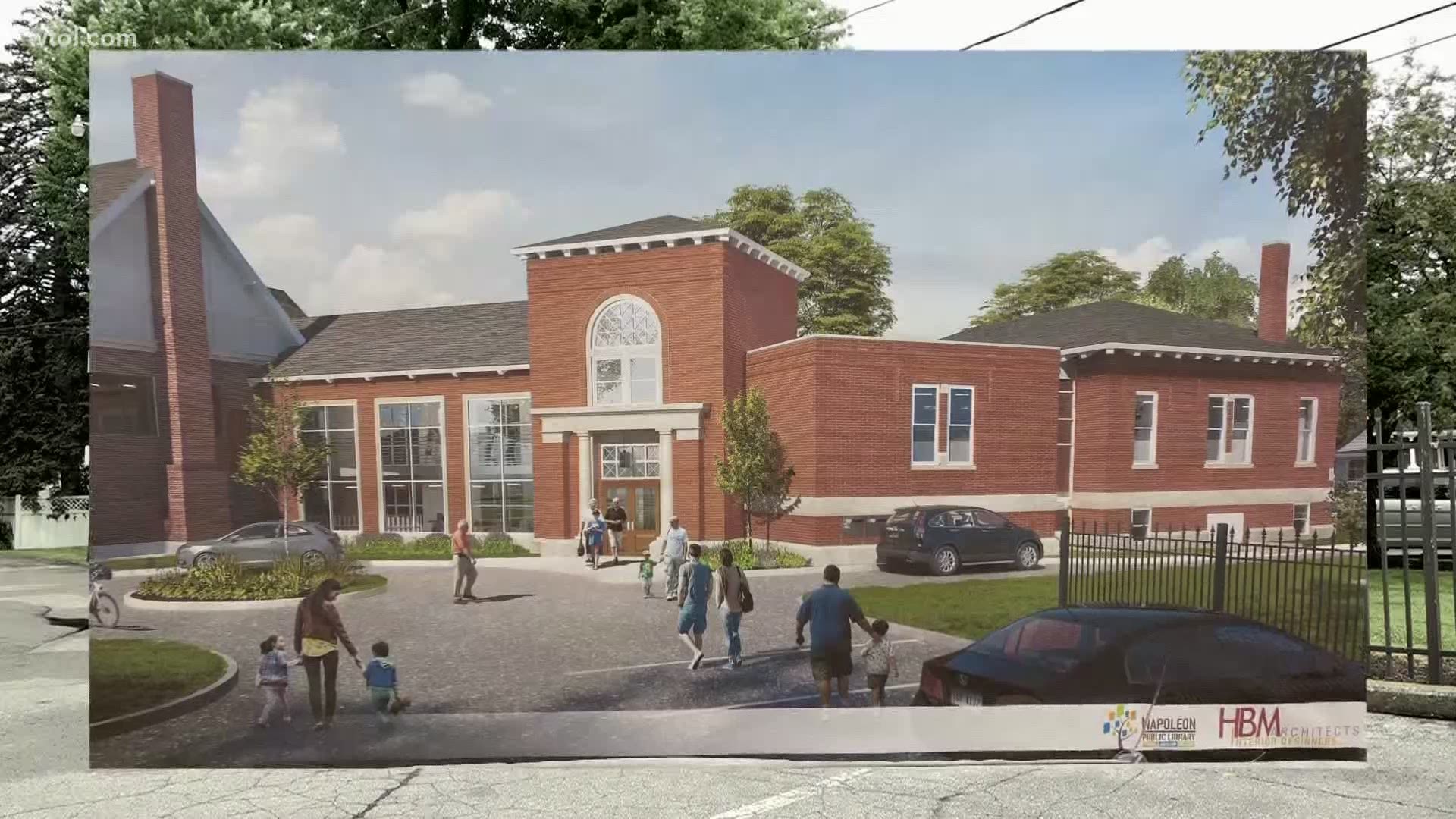 NAPOLEON, Ohio — It's been part of Napoleon history for more than a century, but in recent decades it's only been used as storage.

Now, a plan to bring new life to the Napoleon Public Library is in the works.

Built in 1912, Napoleon's Carnegie library served the community until 1965. Since moving out, the library has been using the Carnegie building as storage.

But now, library leaders realize they need more public space for their patrons, and have begun the planning process of renovating the historic building next door.

"A lot of people are coming through the public library wanting to use private meeting space, private tutor rooms, and we simply cannot offer that," said Betsy Eggers, director at Napoleon Public Library. "Every space we have right now is surrounded by books and different areas of our collection, so we really don't have anything private."

Along with interior upgrades, the Napoleon public library will also need to install an elevator for ADA compliance. The initial plan is to connect the two buildings with a common entrance and walkway.

Early estimates have the project costing $3 million-$4 million, but for library leaders, it is a worthwhile investment to retain an important part of Napoleon's history.

"The Carnegie Libraries and the purpose of libraries was to bring the world to your local community,"  said Jason Kryder, chairman of the Napoleon Library Foundation. "And so what we want to do with this building is to update that and continue the mission going forward."

This project had been initiated back in 2019, but like many things was delayed last year due to COVID.

The official capital fundraising campaign for the Carnegie library restoration has not been officially started yet, but they hope to get it off the ground by the end of this calendar year.