'She stole my heart': Indianapolis Marine reunites with puppy he rescued while deployed

Brandon Carroll spent his last day of deployment with a puppy he cared for outside the compound. They reunited in Indianapolis a few months later. 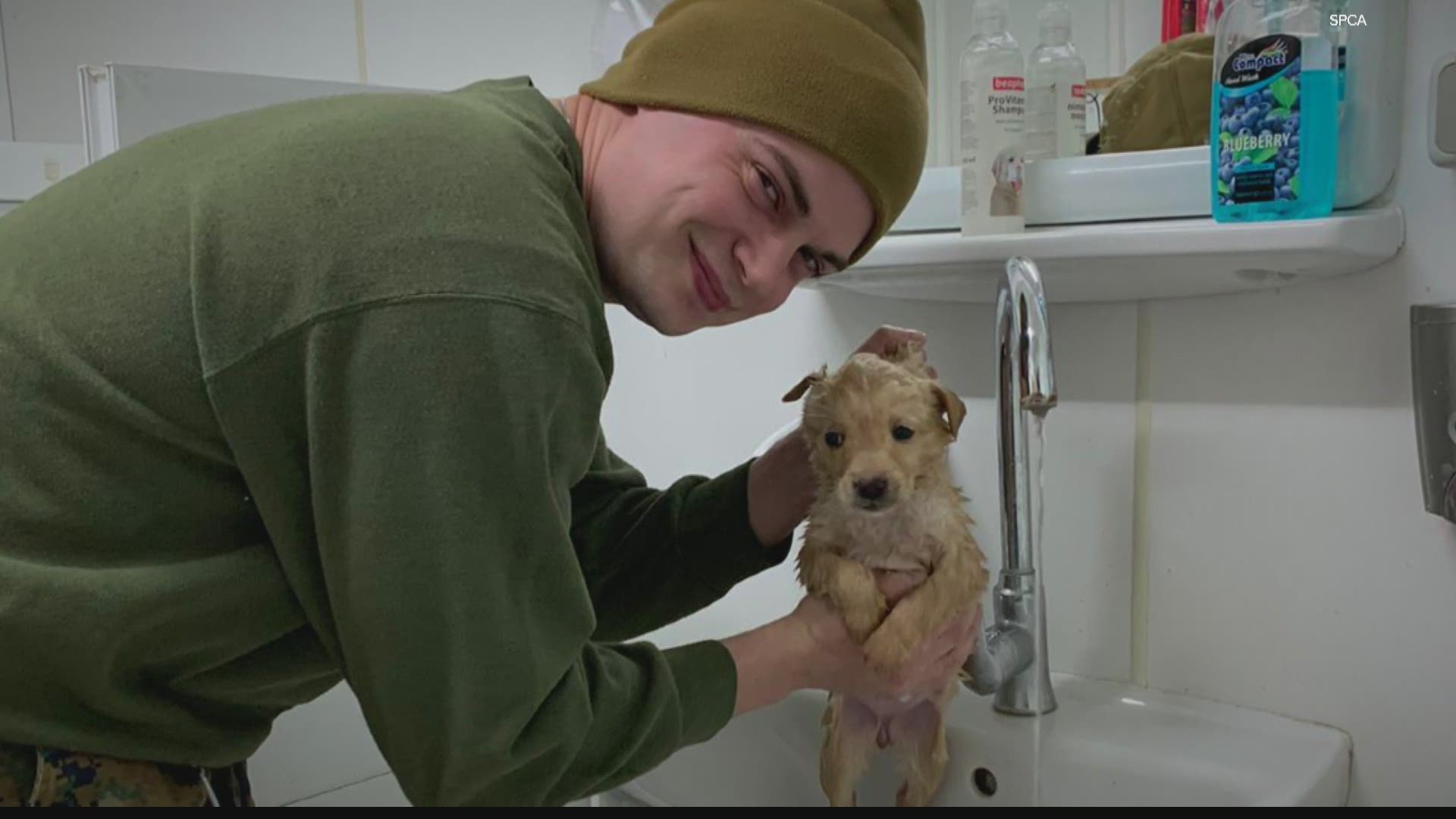 INDIANAPOLIS — After weeks of being separated, a U.S. Marine is finally reunited with his best friend.

Brandon Carroll was deployed overseas to Georgia last August to help the country with its infantry battalion. While outside the compound, Carroll and a group of Marines came across six newborn puppies that were abandoned.

"It was winter there and it was cold, wet and rainy. We found them and we were like, 'There is no way we can leave them to fend for themselves,'" Carroll said.

The Marines fed and cared for the puppies. Carroll instantly formed a connection with one of them. He called her Lady.

"The more and more I started paying attention to her and caring for her, the more attached I got and the more attached she got to me," Carroll said. "She'd get so excited when she'd see me. They were so small she could easily fit within my forearm. She was so tiny."

Carroll's deployment came to an end earlier this year.

"I stayed up the last 24 hours spending all the time I could with her," Carroll said.

RELATED: Air Force Captain reunites with his bloodhound Beauregard after being deployed overseas

It was a goodbye that didn't last for too long. The Society for the Prevention of Cruelty to Animal International (SPCA International), a global animal rescue group, found a way to reunite the two through its program called "Operation Baghdad Pups."

Currently, U.S. military regulations don't allow animals on official transportation and alternative animal transportation is usually expensive and involves complex logistics. The pandemic has also made this more difficult, according to SPCA International.

SPCA International works through the process for servicemembers. So far, they have reunited more than 1,000 animals since 2013.

"I don't know how I could've gotten her back home," Carroll said. "SPCA was instrumental. They were the only way I could have feasibly done this."

So far, the six-month-old pup is adjusting to her new home and was greeted by Brandon’s wife and their other dog.

“My wife absolutely loves her to death. She spoils her every chance she gets,” Carroll said. “The moment my wife saw her, and she started going over names and whatnot. Lady stuck because she is so dainty.”

It’s a lasting bonding that is special in more ways than one.

The five other puppies were also reunited with U.S. Marines around the country.