Walt Churchill's Market in Perrysburg has added a number of safety measures since COVID-19 hit, from plexiglass at registers to disinfecting shopping carts. 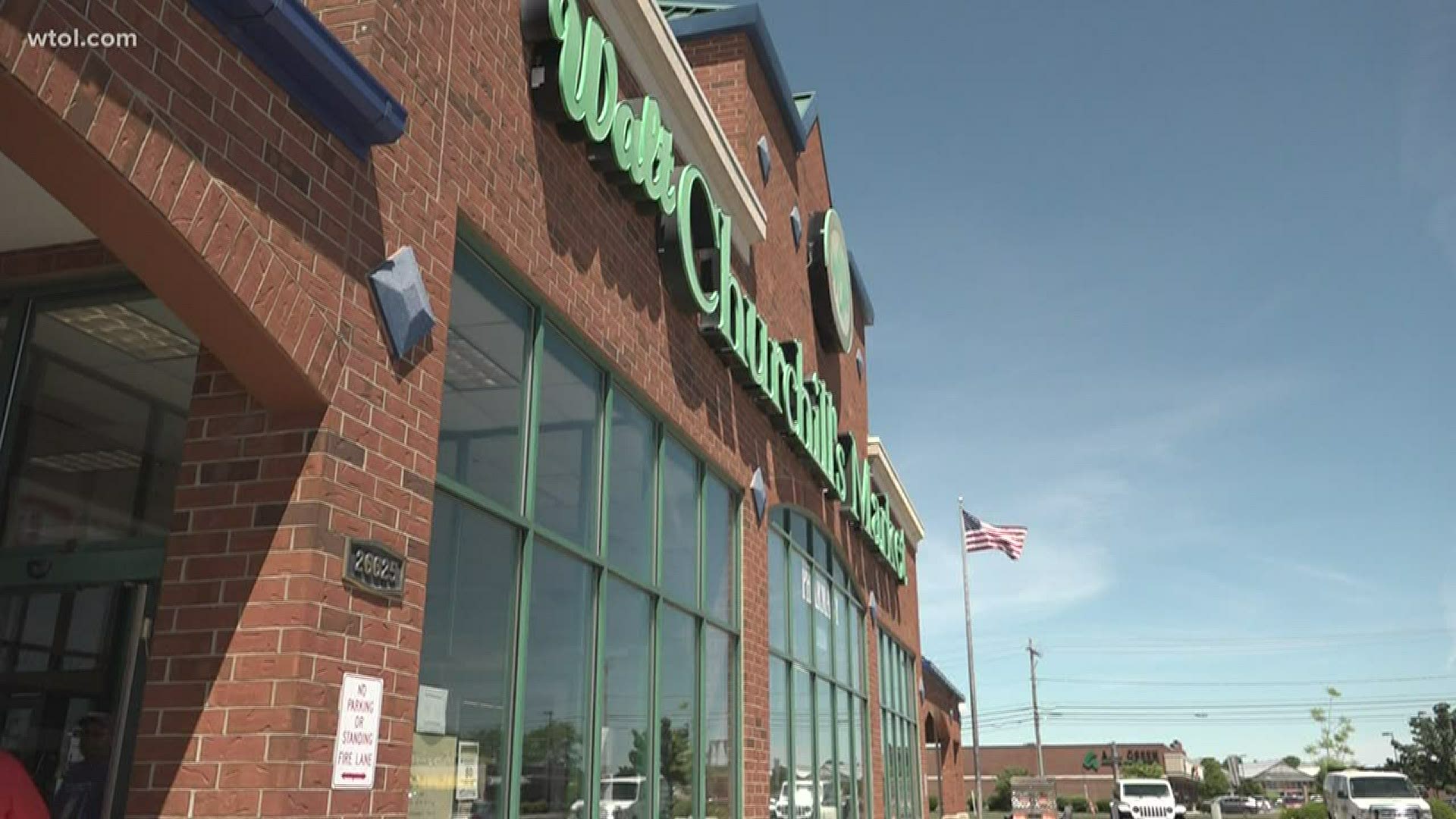 PERRYSBURG, Ohio — Grocery stores don't look the same as they did just a few months ago. Many have added different levels of protection for workers and customers against COVID-19.

Ohio stores like Walt Churchill's are still seeing plenty of customers as the state reopens.

"We're still seeing quite a few customers but nothing like we were seeing in the beginning," Perrysburg location manager Sherry Baranski said.

Grocery stores are one of the few businesses that never closed during stay-at-home orders. Baranski said demand stayed high, but supplies were low.

"Those were crazy days," she said. "The lines were out of control. Just because you had to cut down on registers."

Walt Churchill's Market in Perrysburg put up plexiglass at registers, required masks for workers and stepped up disinfecting efforts. Customers say they appreciate the changes.

"I've been very comfortable," customer Angela Shapiro said. "I didn't go to a grocery store for three months, so Churchill's was my first visit and I've been back a few times since then because I do have that comfort level with the steps they've taken."

Baranski said while nothing is set in stone, masks and sanitizing carts are just some things that may become permanent.

"I look at it as being permanent," she said, "because I think people learned this as a sake of the flu virus, so many people have died through those, I think it's just something now that everyone is going to keep a watchful eye on."

Shapiro believes the pandemic has opened eyes to protecting others more and businesses can lead the way.

"I'm somebody who has risks that not everyone has, so what I think is necessary to keep me safe," she said, "isn't necessarily what my neighbors might think but if Churchill's thinks it necessary I'm more than willing to do whatever they want to keep being their customer."

There's no longer limits on items at Churchill's. But, they are still finding it hard to get certain products like disinfecting wipes in stock.

The effects of the coronavirus will linger for some time. The crisis even led to Churchill's creating an online shopping service that will be available for customers soon.