Robby Quinn has been flying all his life. Now, he's using his passion to bring food -- and smiles -- to his neighbors living full-time on Kelleys Island. 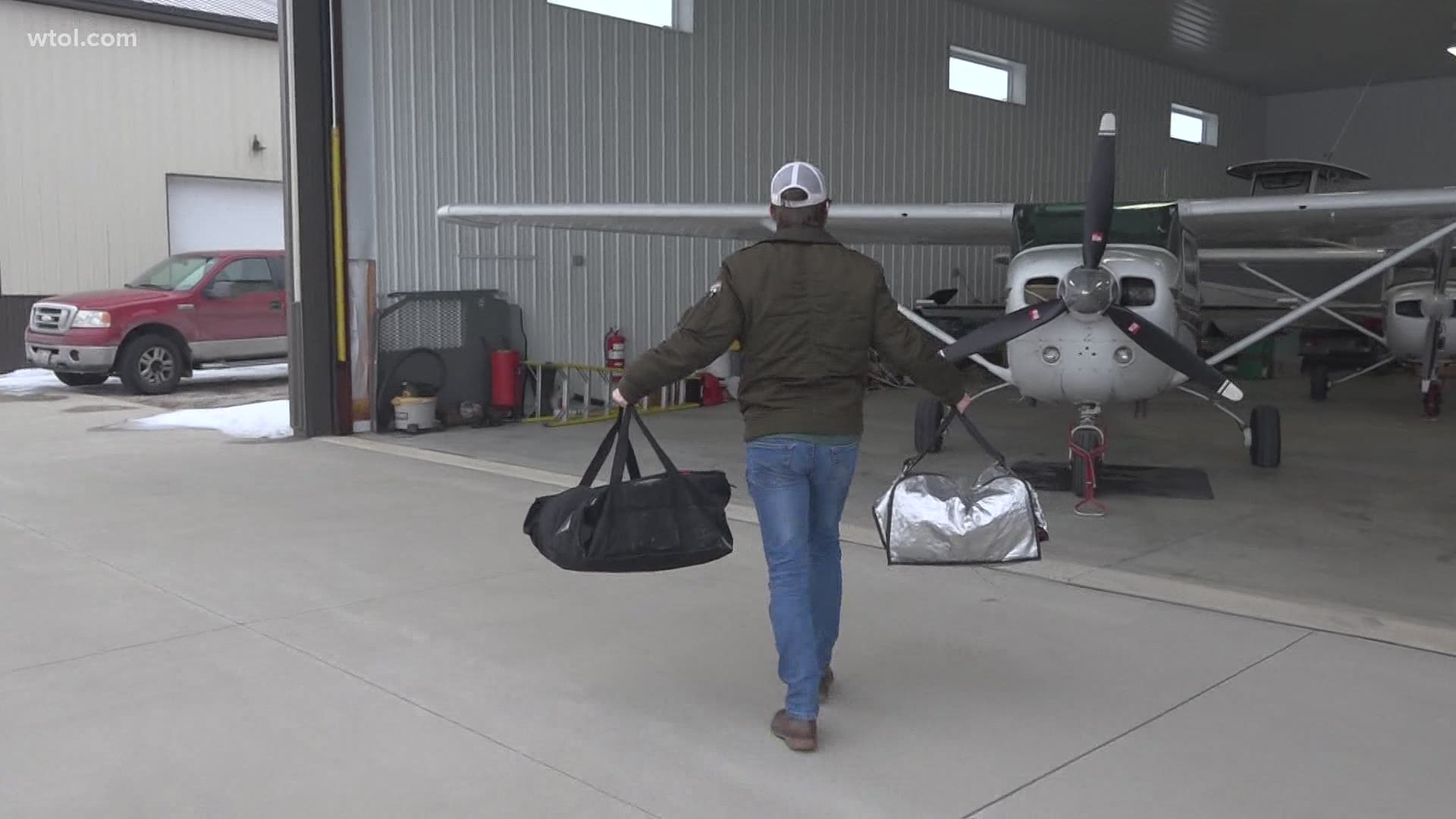 PORT CLINTON, Ohio — Whether it's playing games, reading books or something else, we've all got hobbies.

For one Bowling Green State University junior, it's flying planes. And now he's using that passion to bring a smile to his neighbors' faces.

This time of year, it's nearly impossible to get to and from the Lake Erie islands unless you travel by air.

"We started commuting back and forth with my dad every day when he was going to his office on the mainland and that's when I learned in third grade in the little plane back there," said Robby Quinn, a BGSU aviation student.

Quinn grew up on Kelleys Island and his passion was love at first flight.

"I've been flying my whole life. As long as I can remember," he said.

At the beginning of 2021 Quinn had an idea. He flies home to Kelleys Island on the weekends anyway, so why not offer his fellow full-time islanders some grub from inland?

"Years ago when we were living on the island year-round and I was growing up there, my dad would once a week bring Domino's back to Kelleys Island using their Huron location," he said. "So I just kind of adopted that idea and ran with it and took it a little further."

Like many college students do, Quinn turned to Tik Tok to show off his new project.

"It's cool this time of year when we are so isolated just to bring a little bit of comfort from the mainland," he said. "Everybody, for the most part on the island, is stuck cooking their own meals or going to the local VFW for food, which has a limited menu. So it's just exciting to have something new once a week."

Quinn offers new options for every Friday flight, from pizza to Mexican food. He said it's his way of giving back to a few dozen folks while he hopes his education lands him a paying gig.

"My plan is to finish up there (at BGSU) by 2022 and hopefully go on to the airlines or any other carrier that will take me right now."