Barn a total loss, animals dead after blaze at animal feed and supply store in Fremont

Officials say they saw cows and pigs running down the road and the barn fully engulfed in flames when they arrived at the scene of Artz's Feed & Supply. 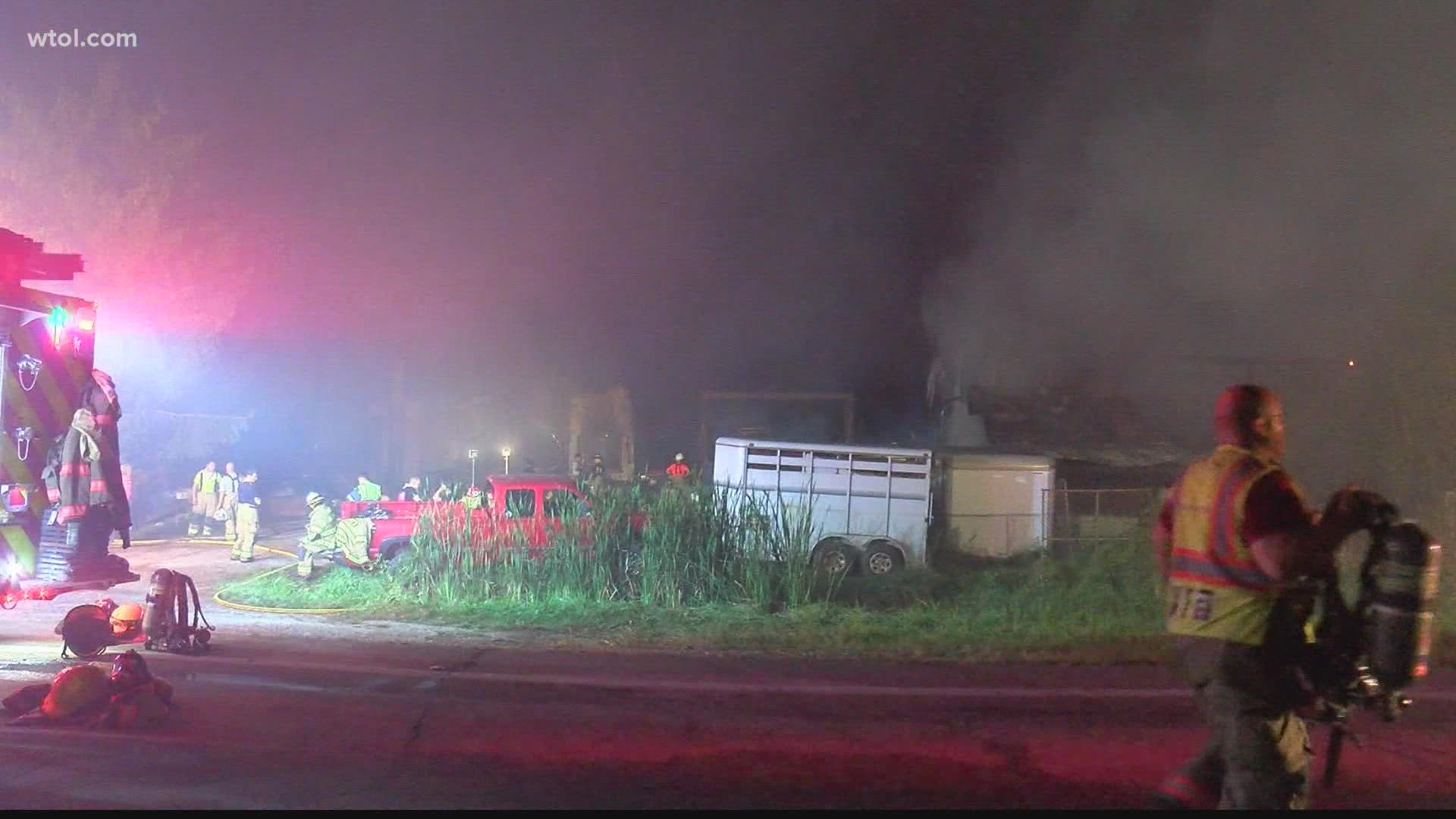 Crews were called to Artz's Feed & Supply located at 2760 Oak Harbor Rd. around 7:30 p.m. Monday, according to the Sandusky County Sheriff's Office.

Officials say they saw cows and pigs running down the road and the barn fully engulfed in flames when they arrived at the scene.

The barn was deemed a total loss and several animals were killed in the fire.

"We've got multiple deceased animals," said Chief Dean Schneider of the Sandusky Township Fire Department. "We don't have a total of how many, but we had some cattle, some hogs, some goats, a couple of llamas, a young pony. I'm not sure how many animals we did lose."

The following animals died in the fire:

A peacock and seven steers are unaccounted for.

The barn also had hay and feed inside. The house on the property was not damaged.

Multiple fire departments were at the scene to help fight the blaze. All of the water to fight the fire had to be brought in by tanker trucks as there were no working fire hydrants nearby.

The cause of the fire is under investigation.