Ed Katschke, owner of Monarch Comics, says he's trying to keep fans happy as they may have to wait longer to get their products because of shipping and supply. 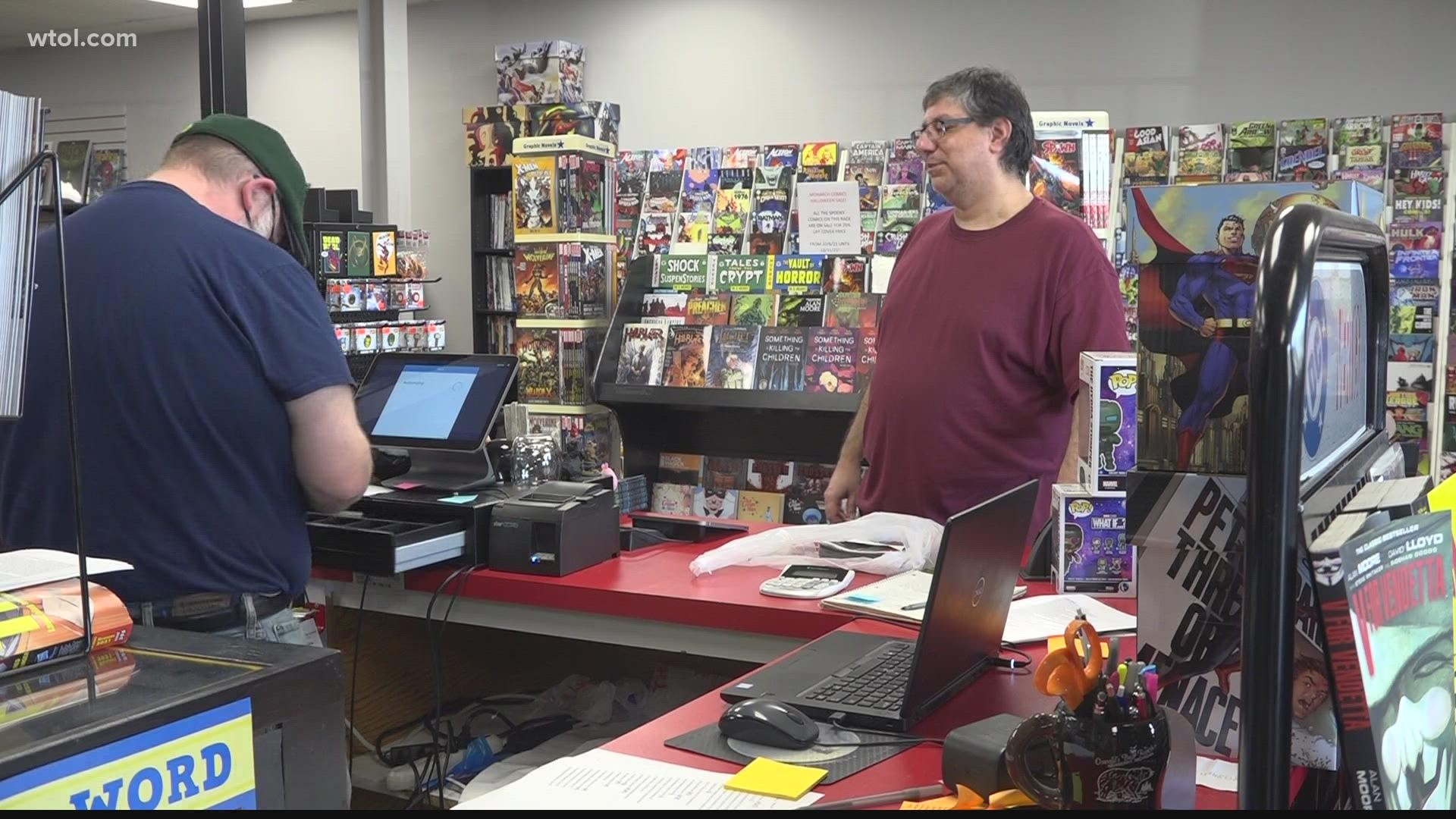 TOLEDO, Ohio — Almost all businesses, big and small, have been affected by the pandemic; even shops you may not think of, like comic book stores.

Ed Katschke, owner of Monarch Comics in south Toledo, says he's trying to keep his customers happy as shipping and supply issues may cause them to have to wait longer for what they want.

Avid comic book readers and collectors visit the store pretty much every week to get their fix.

They say it brings them a type of happiness they only find at the store, and the pandemic has only made it that much more popular.

"For me, it's just an escape from realism in general. I mean, ever since I was little I've always loved Star Wars and Spiderman. Got him into Spiderman as well," said comic book collector Giovanni Flores, who frequents the store with his brother Dominick Arreguin .

For Flores and Arreguin, comic books give them something to look forward to.

They have been loyal customers of Monarch Comics for years, even after the store closed for a couple of weeks during the pandemic.

"Beautiful thing was that when we opened, it was like flipping the light switch back on. Our business never really suffered, except for obviously when we weren't open. As soon as we were open again, the people came roaring back," said Katschke.

Katschke says it's not just regular customers, but new ones, too, looking to escape from the pandemic and all the negative that comes with it.

"And it's honestly such a beautiful thing that I get to actually feel the characters as I'm reading them. It's perfect. I think I love escaping into a fictional world rather than the one we live in," said Arreguin.

But the high demand for comics comes with the possibility of longer wait times.

"I think it's the same things that are affecting many different industries. That whole supply chain boogie, man. Either locally with problems with United States shippers, FedEx in particular, or a lot of material that either goes to making comics or supplies for comics," said Katschke.

He says it's frustrating trying to keep up.

"Trying to get used to that new paradigm shift and how long is that going to stay in place," said Katschke.

But he'll continue to shift gears when needed, as long as his customers find that escape in these difficult times.

"Seeing the reactions on kids' faces and stuff, I mean, it's so worth it. And to know that they still have that whimsical feeling, too. You know, innocence before adulthood. But yeah, it definitely made us bond stronger," said Flores.

The owner says that depending on the distributor, items can come in within a few days, but there's no telling if the item is out of stock.

Monarch Comics is located at the Colonial Village Shopping Center. Check out its website or call 419-382-1451.