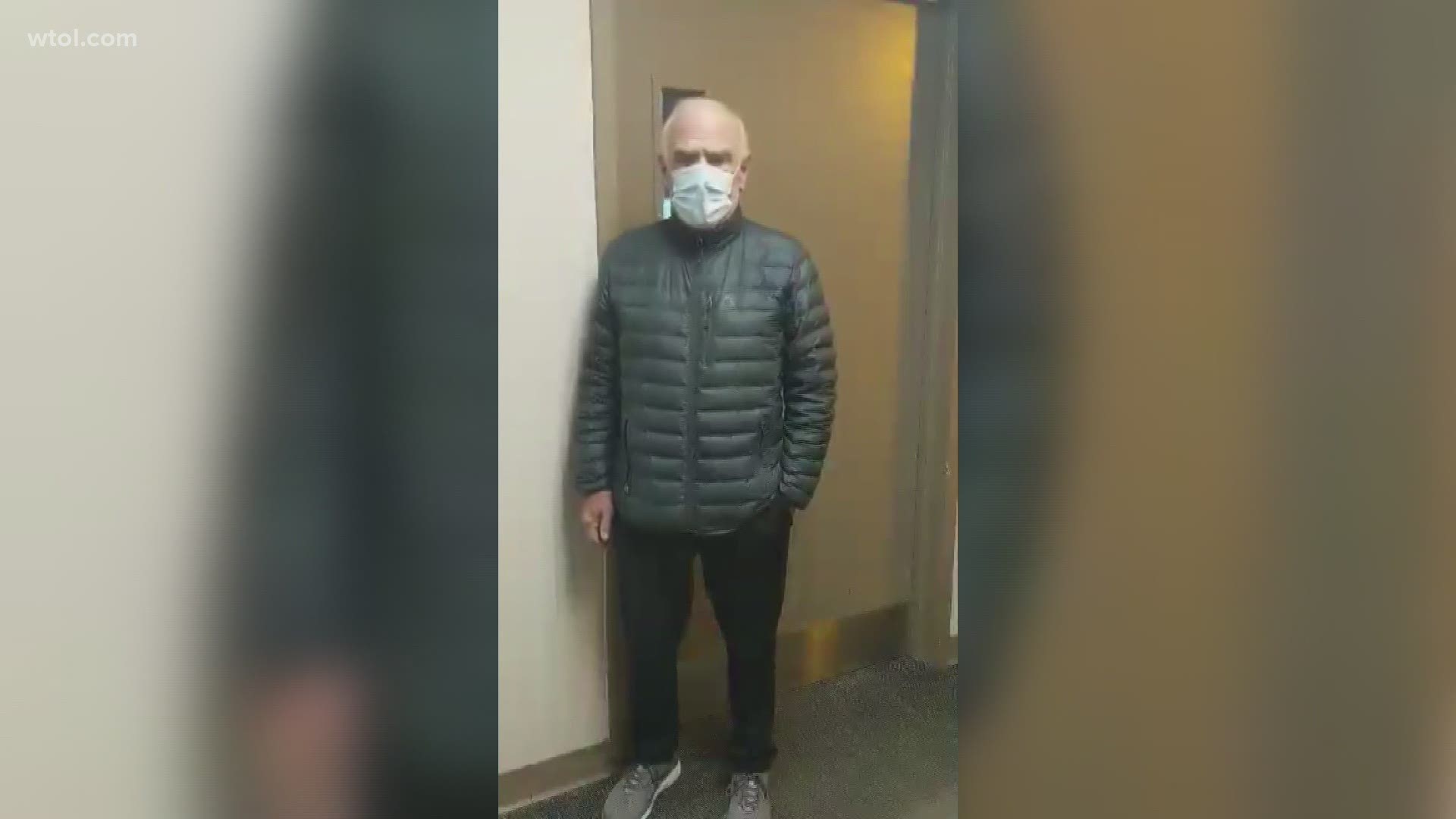 MAUMEE, Ohio — A man who survived coronavirus thanked the healthcare heroes who saved his life.

Dave Herring dropped off donations to them at McLaren St. Luke's Hospital Saturday and a video of him on Facebook is getting some buzz after he honored his heroes with a song.

He couldn't even speak a word, let alone sing, just two months ago. He was on a ventilator for three days and hospitalized for more than two weeks because of COVID-19.

"I had heard so many stories about being vented and the percentage of people that don't make it," he said, "yeah I was very concerned."

Herring noted he's had pneumonia a few times during his life, but this was much worse. He still feels some PTSD from being intubated but says he can't say enough about all of the healthcare workers.

"The nurses and the doctors were not only looking out for your physical condition but your mental," he explained. "How you were doing this with your mental, handling this mentally."

He'll never forget the faces of those who helped him. So he decided to help give back. He joined a donation drop-off with Be the Solution Lucas County. And while helping, he stopped to sing a song.

St. Luke's Foundation, the fundraising group of the hospital, has received countless donations this past year of food and supplies for workers.

"They really appreciate it," St. Luke's Foundation President Kelle Pack said. "I mean they have been working tirelessly during this pandemic. Like it might've stopped for other people, but it has not stopped for them."

Herring stressed for people to take this seriously and listen to the medical experts to help end the pandemic. He added that our actions can help or harm the frontline workers.

"It's so important to show that these are the real heroes," he said. "They are heroes and they do it everyday at quite a personal expense."