Crews had to remove more contaminated soil than initially expected. 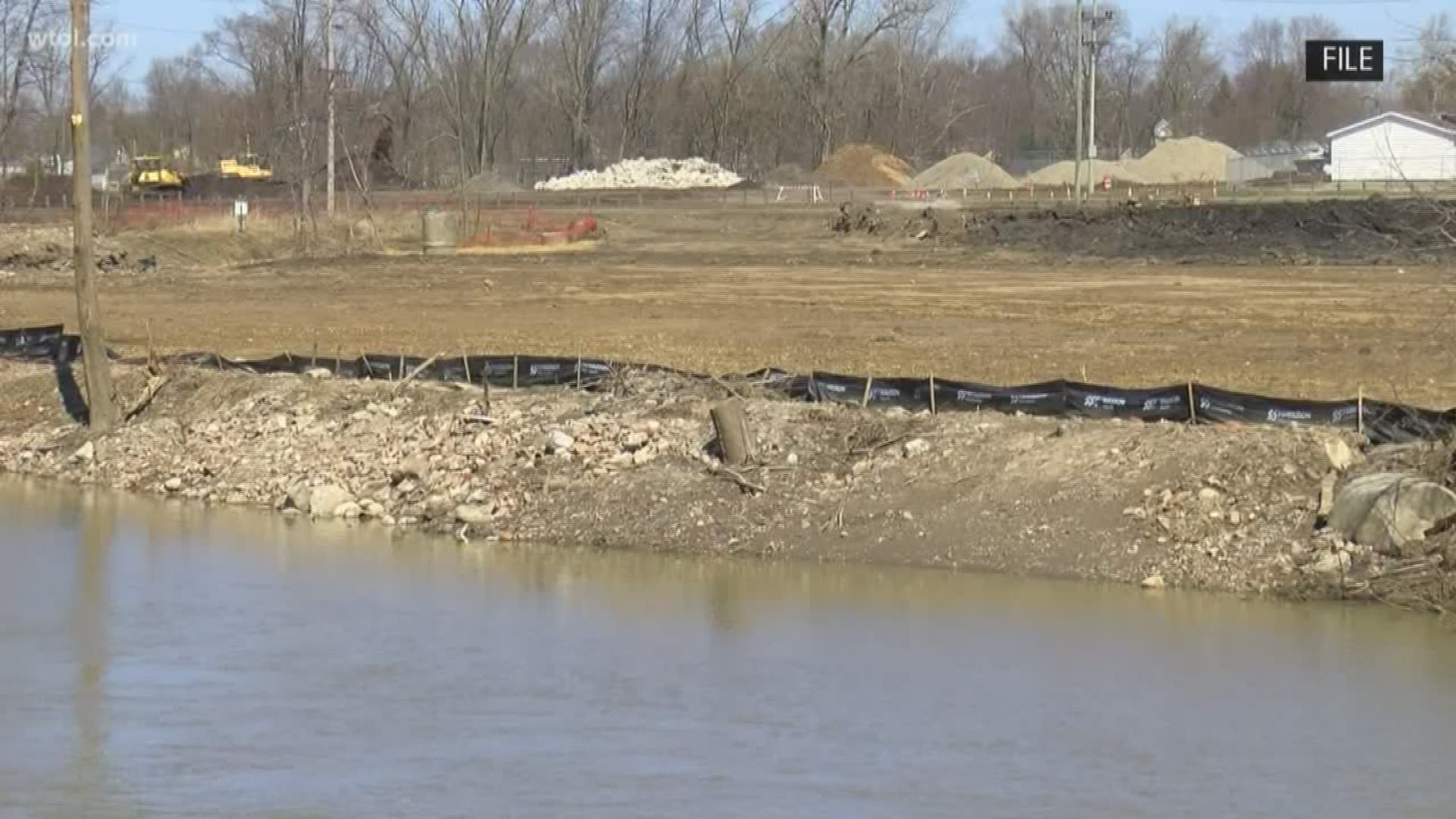 FINDLAY, Ohio — A little more than a year after major project in Findlay broke ground, it has gone $800,000 over budget.

It's called the benching project along the Blanchard River and it aims to lower the 100-year flood level by nearly a foot. But, project leaders have informed county officials that the project has gone over the original budget.

Project engineer Steve Wilson from the Maumee Watershed Conservancy District said as crews were removing large amounts of soil from the river bank, the potentially contaminated soil from a previous industrial site was larger then anticipated. According to EPA regulations, all soil matching the same consistency of the contaminated soil had to be removed.

Crews ended up excavating two feet deeper than originally planned, and the excavation spread 100 feet across, which is what led to the additional expense.

Now, the entire benching project will come in at around $6.9 million.

The entire riverbank regrading process will be completed sometime in May or June of next year.

RELATED: The Children's Museum of Findlay offers hands on activities 6 days a week.