Investigators say the 14-year-old Port Clinton boy was found standing on the floor of the chimney on the second floor of the home. 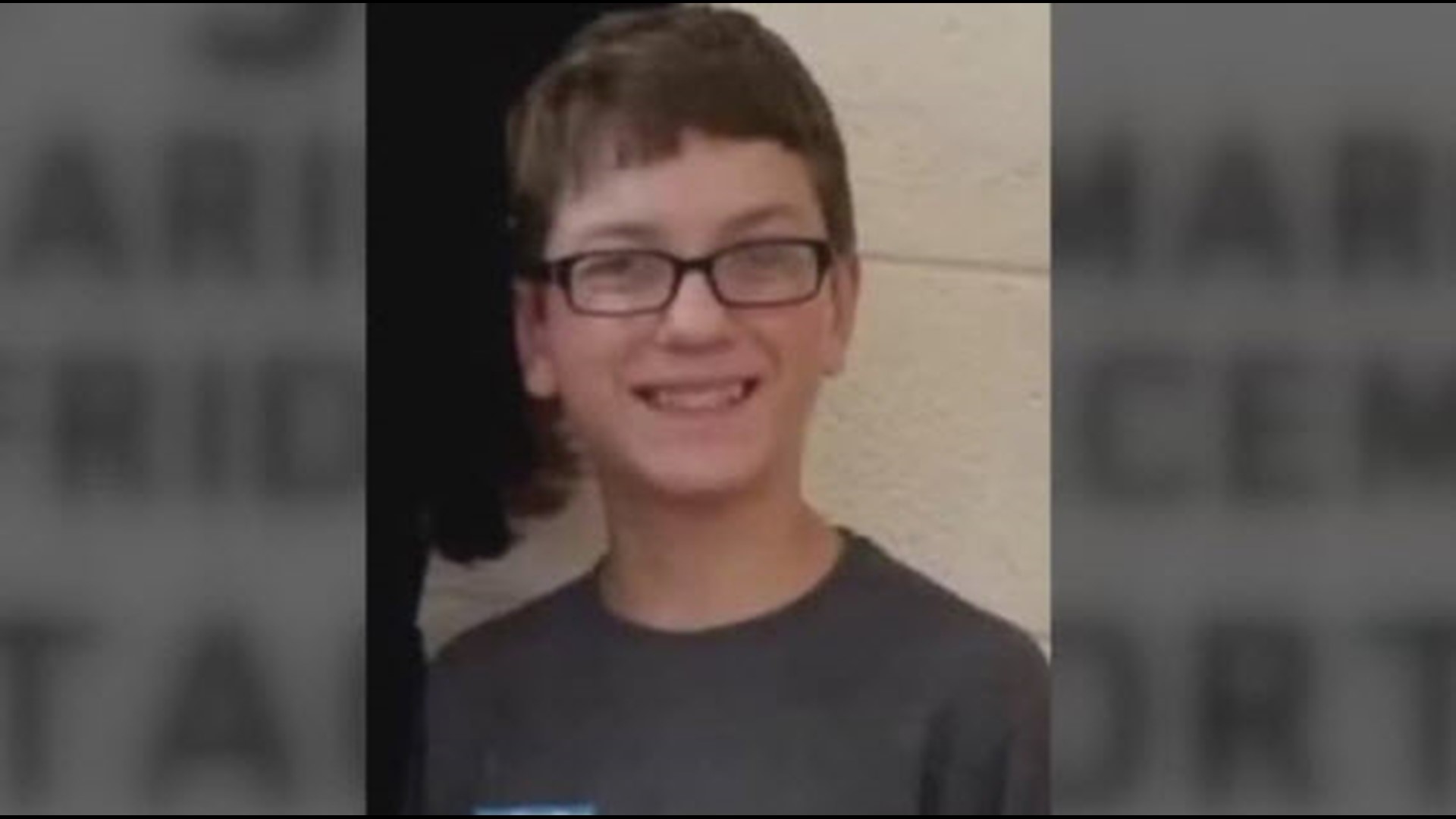 EDITOR'S NOTE: The full report contains details that may be upsetting to some readers.

We are getting some answers tonight about the recovery of Harley Dilly. The 14-year-old was found inside of the chimney of a Fulton Street home in Port Clinton in January, after being missing for four weeks.

11 Investigates obtained the final report from the Bureau of Criminal Investigation on Thursday afternoon.

The report states that Harley was found standing on the floor of the chimney on the second floor of the home. Above him was a vent. His coat, eyeglasses, sweatshirt, and a Cleveland Browns Baker Mayfield jersey were pushed through the hole. The vent cover was found near the clothing.

Credit: Ohio Bureau of Criminal Investigation
Harley Dilly's body was found in a standing position in this chimney inside a Fulton Street house in Port Clinton.

Agents were able to reach through the vent opening to discover Harley. The wall was removed and the brick chimney was opened to recover the young teen. His body was in an advanced state of decomposition.

The interior of the chimney measured 9 inches by 13 inches. Harley was found with his arms bent at the elbows and both of his elbows were up hear his head. Clothing items were located on the floor of the chimney, including sweatpants, slip-on shoes, a white sock and a black sock. A blue flashlight also was located and retained as evidence.

Harley was recovered on Jan. 13 after being missing for nearly four weeks. The report says agents did not detect any odor of decomposition while examining the residence. It was only after removal of the bricks from the chimney area that agents were able to detect odors consistent with decomposition, the report says.

In pictures, his coat is seen hanging on a door. The report explained that a Port Clinton officer picked it up off its original location on the floor to assess whether it was possibly Harley’s, and placed it on the door. The coat was an Old Navy brand and size large 10-12 boys.

Credit: Ohio Bureau of Criminal Investigation
The investigation documents state that Harley Dilly's coat was found inside the house by Port Clinton police, who then hung it up on this door.

Investigators say the boy climbed an antenna on the side of the home. He slid down the chimney feet first, and the clothing later was pushed through the hole to try to create space for him inside the 9-inch by 13-inch chimney.

Many local rumors centered around the clothing and a mattress being found on the floor of the bedroom. But the report makes it clear that Harley was never inside the house. There were no signs of a sleeping area, of food being eaten, or of any use of the bathrooms.

Credit: Ohio Bureau of Criminal Investigation
Harley Dilly's glasses were found in a second floor bedroom in the Fulton Street house, where his body was discovered inside a chimney.

Credit: Ohio Bureau of Criminal Investigation
A mattress was found in a bedroom of the Fulton Street home where Harley Dilly's body was found, but no evidence pointed to it being recently used.

1 / 7
Ohio Bureau of Criminal Investigation
Harley Dilly's body was found in a standing position in this chimney inside a Fulton Street house in Port Clinton.