Constant Connection | When social media becomes too much 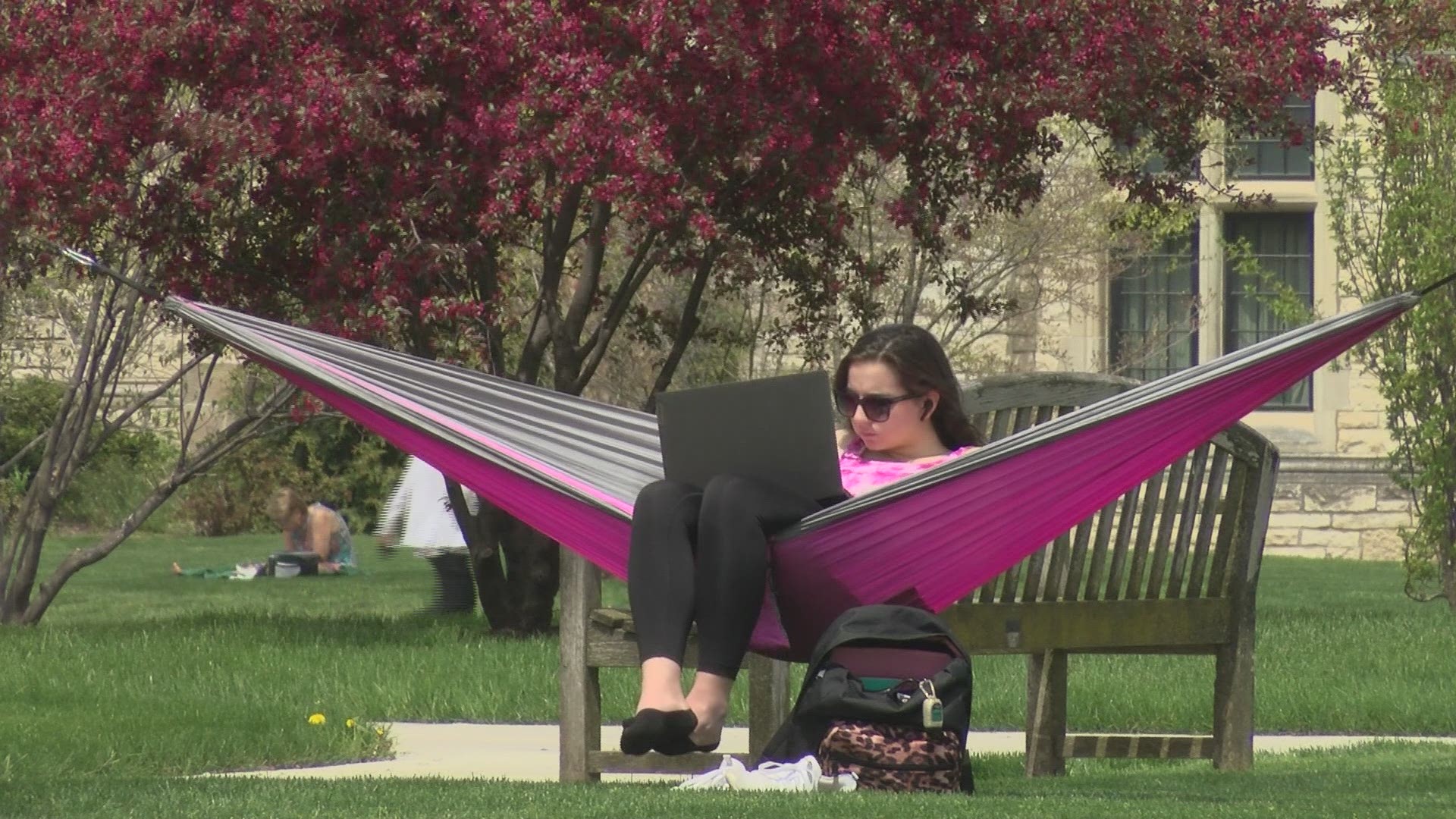 TOLEDO, Ohio — Most use them every day, you might be on one right now; social media apps.

Facebook, Twitter, Instagram, you name it. Whether you know it or not, they play a role in how we think and feel from the moment we get up, to the second we lay our head down at night.

"I wasn't who I was. My anger was through the roof and that's not who I am," said Toledoan Michael Bunting.

"I just felt really sad. Really honestly, that's how I felt the most, was sad," said Carrie Shaffer.

Shaffer, who mainly used Facebook, gave it up in May 2020. It's been a year and she says she's glad she did.

Countless studies have been done tracking social media and how it affects one's mental and emotional health.

RELATED: 'It's acceptable to be a little bit of a hot mess.' Experts share tips for women to reduce the mental stress load and find fulfillment

Dr. Victoria Kelly, a psychiatrist at the University of Toledo, says at one point or another, social media will influence your emotions.

"What we know is that even 20 minutes a day on Facebook can negatively affect your mood. Leading to feeling like you are less than others, feelings of sadness, depressions, that it has been a waste of time," said Dr. Kelly.

We've probably all felt a digital media drain and the pandemic didn't make it any easier. For some, social media through the COVID pandemic had its positives and it kept them sane. But for others, it's a different story.

"It started last year," said Michael. "It really did. With the COVID and then the politics and all that. I got too invested with trying to change someone's opinion with mine".

RELATED: State of DIS•ease: WTOL 11 effort aims to get real about life's stressors and what we can do about it, together

Michael is one of a number of people who made the decision to put a stop to the endless scrolling, so has Carrie.

"Mentally, I just thought, 'I'm going to stop and see what happens.' Days went on, then weeks, then months, and it's almost been a year. It was like a weight lifted," said Carrie.

In fact, both say since going dark; they've felt better, changed their eating habits and even started reading more.

Dr. Kelly says there are four main reasons why people reach for social media; the same triggers for people with addiction.

"If you're bored, if you're avoiding sleep, if you're feeling lonely, you'll go seek out something external to fill that," said Dr. Kelly. "So if you're looking to social media during those times, that should be, honestly, the biggest red flag".

She says nearly 70 percent of people use social media on a daily basis, but only nine percent use it for what it's intended for.

So what started as a positive has morphed into a negative for many people.

Those who have depression, social anxiety, and self-esteem issues are more likely to feel the impacts. For women, Dr. Kelly says the comparisons and constant perfectionism on social media, make it even worse.

"It became another avenue to just compare yourself and to feel like you're failing as a human being because you're not doing self-development and becoming a bigger, better version of yourself," said Dr. Kelly.

Dr. Kelly recommends everyone take a digital detox once a month, definitely once every three months. But, if that's not possible she says to start small and set boundaries like not looking at it while you are in bed.

It will take time, but you'll notice a difference.

And if you're anything like Carrie and Michael, you'll feel better that you did.

"I think I'm just seeing how long I can go without it. If things calm down a lot and people settle down and it goes back to the 'old' Facebook, maybe I'll go on there and see. But, I really don't have a desire to do it, so I think I'll just wait it out and see," said Shaffer.