Owners and customers say it's been a long three months of carry-out only. 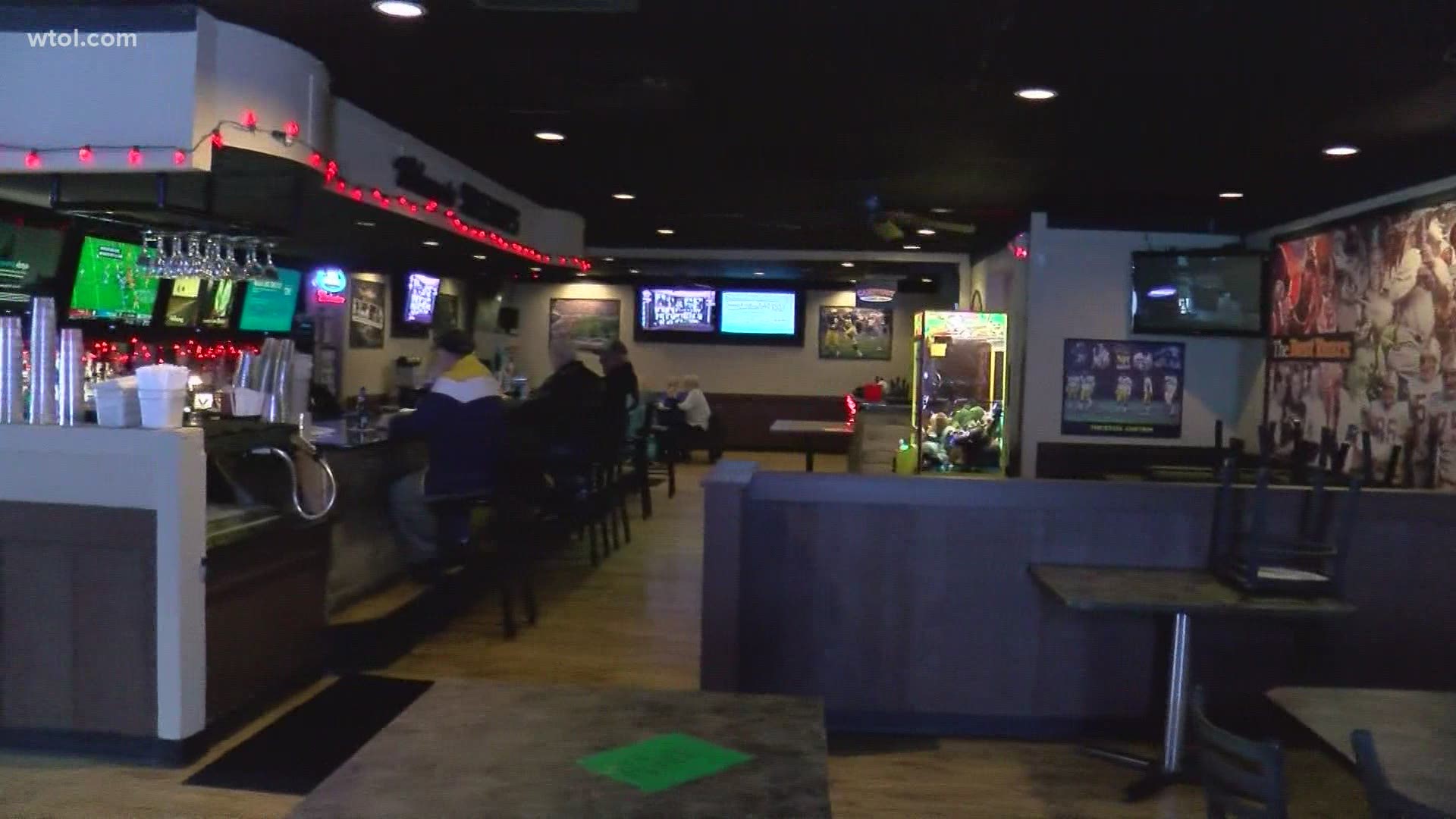 LAMBERTVILLE, Mich. — Indoor dining is allowed once again at Michigan restaurants, but with certain requirements.

The Michigan Department of Health and Human Services (MDHHS) issued an epidemic order on Jan. 22 allowing for indoor dining to resume on Feb. 1 because COVID-19 case numbers have been improving.

Owners and customers say it's been a long three months of carry-out only.

Ed Ray has been a loyal customer at Sidelines Sports Eatery and Pub in Lambertville for around 15 years. He's glad he can enjoy a drink at the bar with his buddy once again without having to travel south.

"Being less than a mile from the Ohio border, we were able to go to Ohio and their bars have been open," Ray said. "It got to be a panic down there because the Michigan people were coming to Ohio and taking up seats at the bar, so this'll alleviate a lot of things."

Larry Hinkle, a customer of 30 years, has also been going down to Ohio since the ban on indoor dining began in mid-November.

"Sidelines has restaurants in Toledo so they weren't shut down completely," Hinkle said. "I've just been eating out and taking something home."

Restaurants and bars were allowed to reopen indoor dining with some new restrictions, including:

"If you're going have the bar open and restaurant open, open it up," Ray said. "You need some social distancing, but 25%? I mean, what are you going to do, have somebody counting people coming and leaving at the front door?"

The restaurant's regional manager was hoping for at least 50% capacity so his bottom line would take less of a hit.

"What's even more unfortunate is all the wait staff that we want to call back," said Tom Morris, the regional manager of Sidelines Restaurant Group. "We're going to have to either put a halt on some people or they're just not going to get as many shifts because we don't need as many servers, cooks, hostesses, dish washers and all that."