Officers found 2 men suffering from gunshot wounds in an alleyway in Sandusky on Saturday, according to police records. 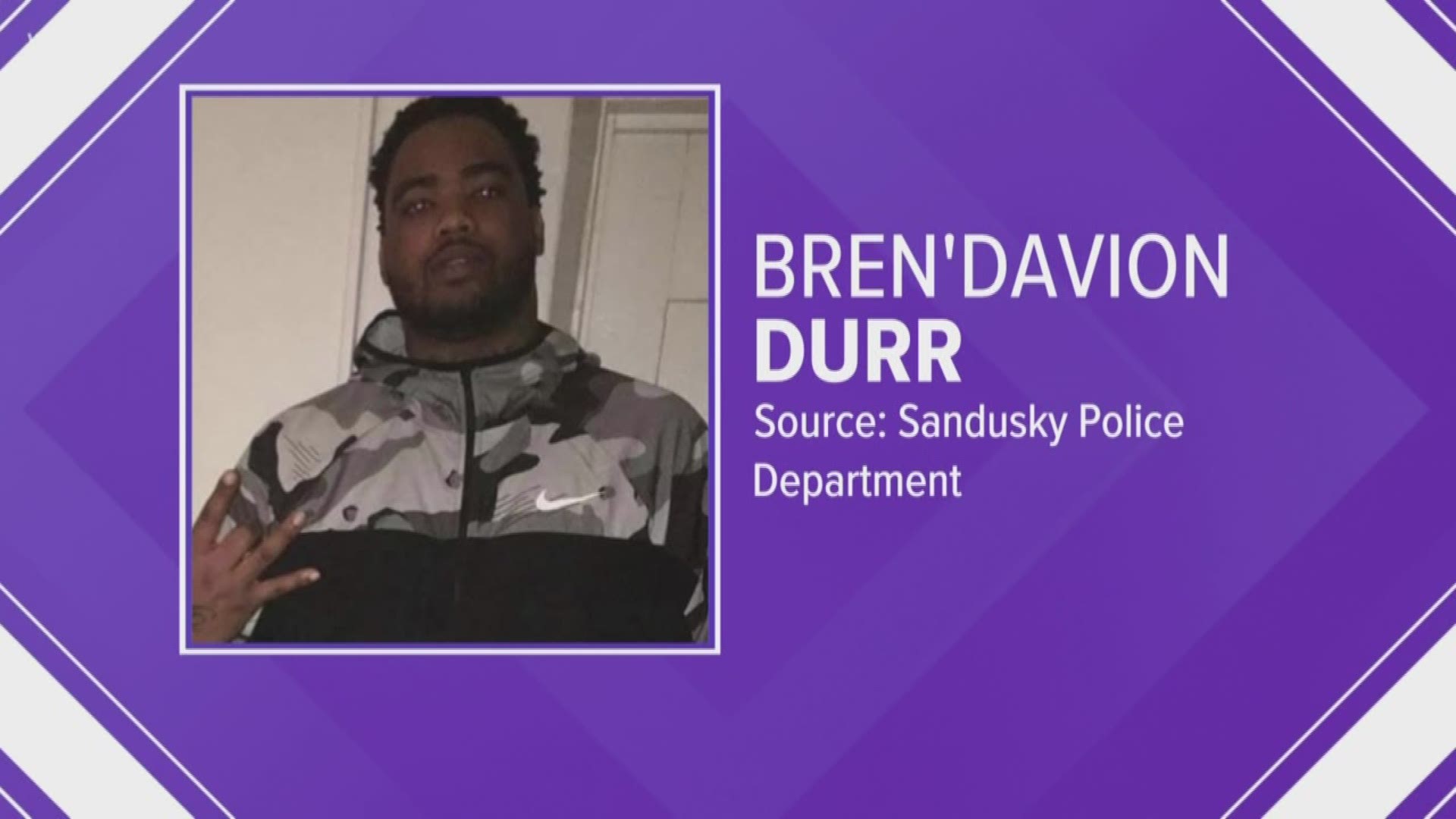 SANDUSKY, Ohio — Police have arrested the suspect in the shooting death of a 21-year-old in Sandusky.

The Sandusky Police Department asked the public for help locating Bren’Davion Durr on Monday, saying he was a suspect in the aggravated murder of Deyin Hill, 21, over the weekend.

"We have received information that family members are trying to get him out of town. If anyone is caught harboring or aiding his flight from the community, they will be charged accordingly," Sandusky Chief of Police John Orzech posted on Facebook.

Orzech said Durr was caught in the Toledo area with assistance from U.S. Marshals on Tuesday around 2 p.m.

Officers found Hill and Durr, 20, suffering from gunshot wounds Saturday in an alleyway between the 400 blocks of Finch Street and Dewey Street, according to police records.

City of Sandusky Police Department
I want to thank all of you for having patience with us, when we have... incidents that happen in our community such as the homicide Saturday evening. We don't intentionally withhold any information from the public, it is necessary for us to release as much as possible but knowing that we can't release anything that will hinder our investigation.

Hill was seated in a vehicle, according to police. He was transported to the hospital, where he was later pronounced dead.

Durr was also taken to the hospital but was released after getting treatment.

Sandusky Police Chief John Orzech said that evidence recovered at the crime scene pointed toward Durr's involvement in the incident.

A 17-year-old Sandusky boy previously was arrested on aggravated murder charges in Hill's death. He is lodged in the Erie county Juvenile Detention Home.

Officers on the scene were assisted by the Erie County Sheriff's Office and Perkins Township Police Department.