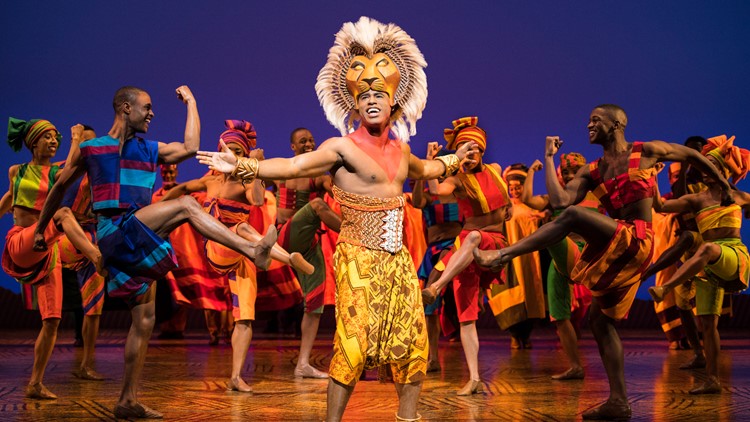 Disney's 'The Lion King' leaps back to the Stranahan stage

TOLEDO, Ohio — Toledoans can feel the love this spring as Disney's "The Lion King" circles back to the Stranahan Theater.

After 22 years on Broadway, this stage adaptation of a Disney classic continues to grow as one of the most popular stage musicals around the world.

Check out the awe-inspiring puppets and epic musical numbers that bring the nostalgic movie to life while the family-friendly production will be in town from March 25 through April 12. But as Scar says, "be prepared," tickets go on sale Dec. 2 at 9 a.m.

Since its premiere in 1997, 25 global productions have been seen by more than 100 million people and has been performed in nine different languages. And in 1998, the show won six Tony Awards:

"The Lion King" has also won more than 70 major arts awards including the 1998 NY Drama Critics Circle Award for Best Musical, the 1999 Grammy for Best Musical Show Album, the 1999 Evening Standard Award for Theatrical Event of the Year and the 1999 Laurence Olivier Awards for Best Choreography and Best Costume Design.

Tickets will be available online through production's website or through the Stranahan Theater Box Office. Group orders of 10 or more may be placed by calling 866-314-7687. Tickets start at $29. However, superfans can purchase one of the theater's VIP Ticket Packages, which include a prime seat location, a commemorative souvenir program and an exclusive merchandise item.

Here are the official show dates for 2020:

RELATED: Lace up those skates, One SeaSkate is open for ice skating