Wednesday’s event gave students of all political backgrounds a chance to discuss their takeaways from the first presidential debate. 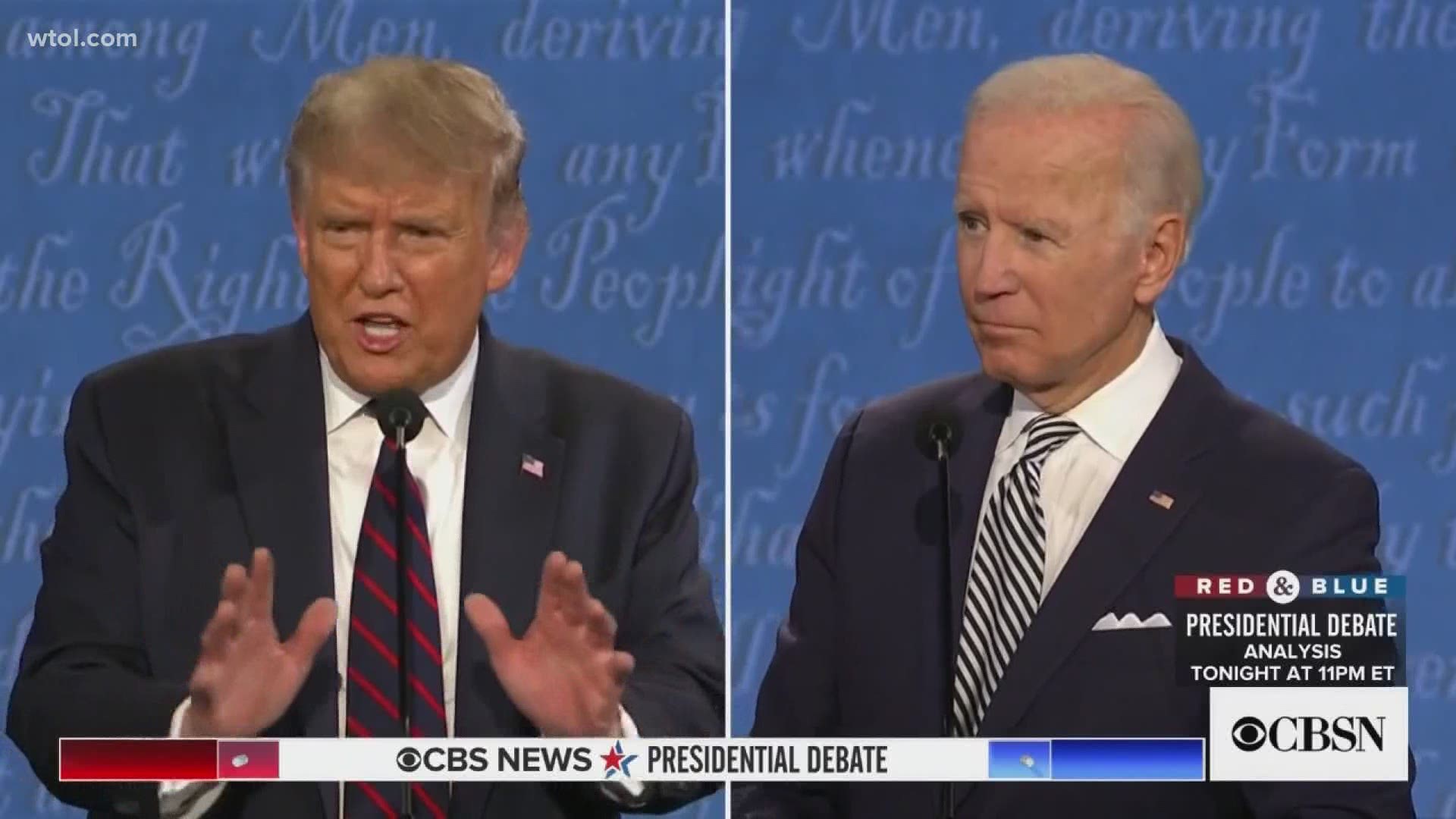 BOWLING GREEN, Ohio — Students at Bowling Green State University got together Wednesday night to discuss their reaction to the first presidential debate in Cleveland.

For many who watched President Donald Trump and former Vice President Joe Biden square off Tuesday night, they were left feeling less informed than expected.

“This is just not okay, like what was happening? There was just no... a complete and utter disregard for any decorum or civility,” Bowling Green State University student Alyssa Tomins said.

Tomins is one of many students who participate in BGSU Votes, an organization dedicated to keeping students informed when voting. BGSU Votes is hosting a debate, in response to Tuesday's presidential match-up.

While this event was planned weeks in advance, the need for it has now escalated.

Dr. Joshua Boston teaches political science at BGSU and said Tuesday's debate was unlike anything he's ever seen in American politics.

“As someone who enjoys debates to see what Republicans and Democrats have to say about their policy positions, we didn't hear a lot of that last night,” Boston said.

Wednesday’s student debate will give attendees of all political backgrounds a chance to discuss their takeaways from the first presidential debate.

“We really wanted to kind of focus in on the performance of the debate, kind of asking questions about that; give people some time to kind of talk through it and think about it,” Paul Valdez with BGSU Votes said.

For many college students, this will be their first time voting in a presidential race. But, experts say this race is anything but normal and that can be hard to teach in a classroom.

“It’s hard for students to realize that this is not how politics always functioned. That there are times where people got along, where they had discussions about policy,” Boston said.