After they started dating during the COVID-19 pandemic, one local couple decided to get married during one too, on the day they got together... Valentine's Day. 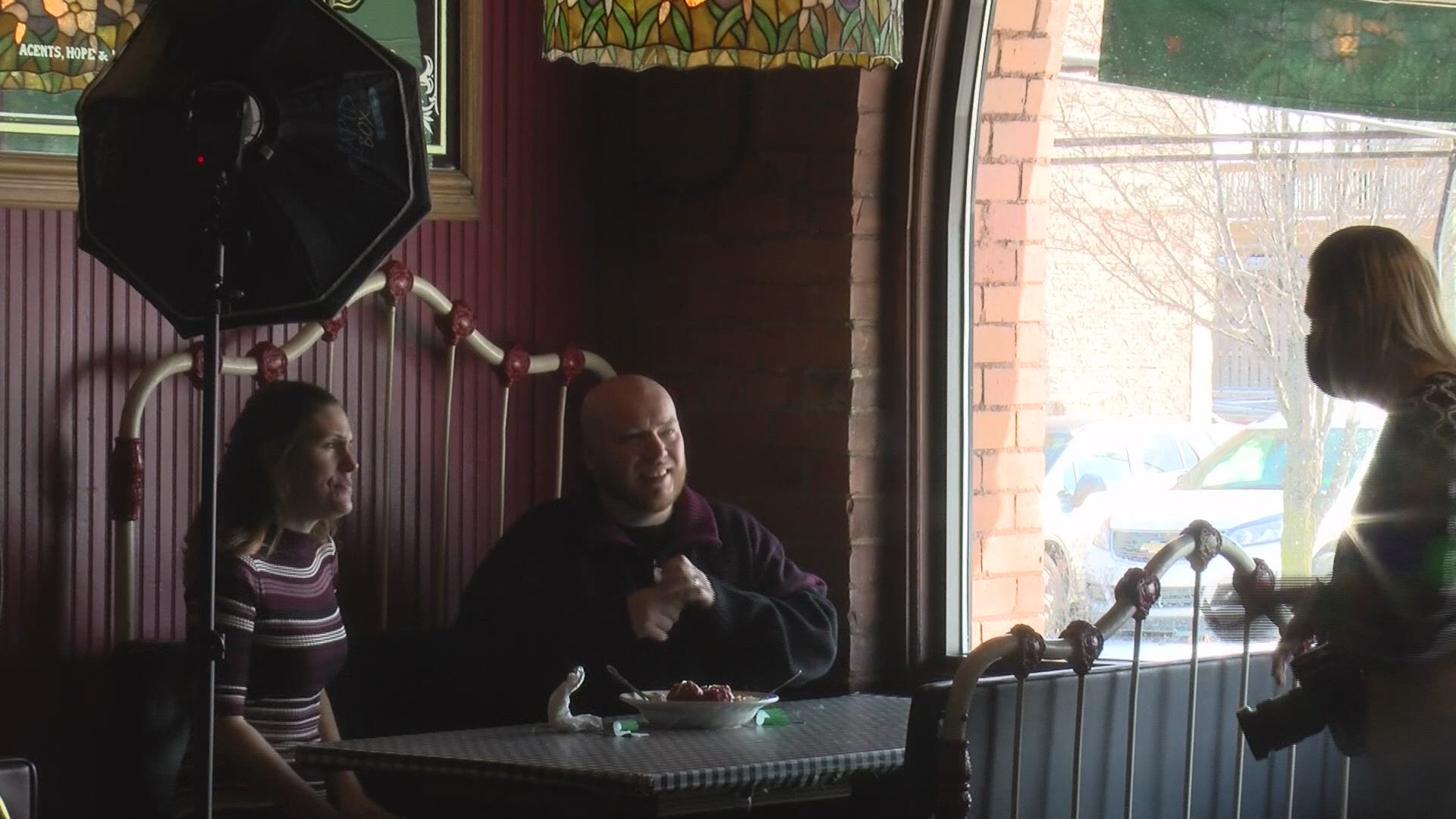 TOLEDO, Ohio — Valentine's Day is a day to celebrate love, and one local couple decided it was 'pasta' time to seal their love with a kiss.

"We're ready to take this leap of faith and move on in life and see what life brings," said newlywed, James Putman.

On Sunday morning, they became husband and wife.

"We knew each other before we started dating but we actually put a title on it on Valentine's Day. So, instead of me having to know the day we met, the day we got together and something else. It's a lot easier, it's one day - all in one shot," said Putman.

The couple tied the knot at a Downtown Toledo staple, Spaghetti Warehouse.

It's a place that holds significance for both of them.

"It's one of my favorite restaurants," said newlywed Theresa Tokles.

She was their officiant and says she was both excited and nervous to wed them.

"It's pretty exciting to be part of their celebration like that and I feel like it's a way to just be involved," said Ridgley.

Spaghetti Warehouse has held all kinds of events over their 40 plus years in business, but never a wedding on Valentine's Day.

Now, the 'pasta-bilities' are endless.

"Reunions, adoption parties, homecoming, prom, you name it. We're a big facility, we have the room. Now, on Valentine's Day we had our first wedding. so it's kinda cool" said Chad Swint, Spaghetti Warehouse's General Manager.

What's next for the happy couple? Well, they have honeymoon plans but it doesn't involve traveling just yet.

"We're going to make marshmallows and s'mores and hang out with the kids, then go right back to mom and dad life," the newlyweds said.