Tips to control your kid's sugar rush during Halloween

A typical child collects 3,500 to 7,000 calories in candy during Halloween according to the CDC. 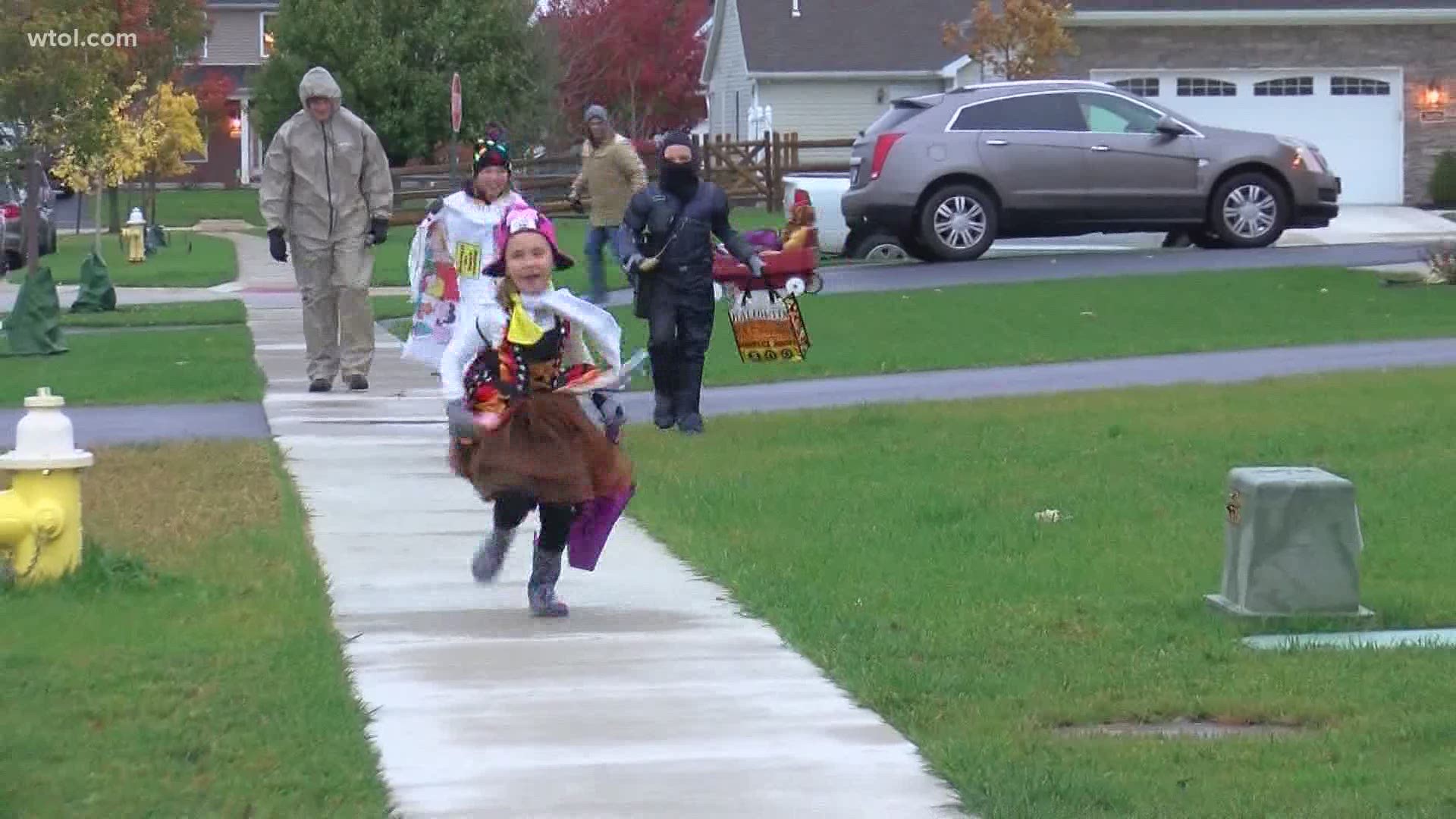 TOLEDO, Ohio — Halloween, one of the sweetest nights of the year, is almost upon us. But aside from the candy and costume chaos, it's often filled with a sugar rush of epic proportions.

But doctors said there's a way to overcome that overload.

A typical child collects 3,500 to 7,000 calories in candy during Halloween according to the CDC.

Dr. Kehinde Obeto is a pediatrician at Mercy Health in Toledo. She said sugar gives us a quick boost of energy only to follow with an even quicker crash.

"When kids get the sugar rush, they are full of energy, they are hyper, they have behavioral issues," she said.

RELATED: Steps to reduce the spread of COVID-19 on Halloween

Dr. Obeto said that rush can last anywhere from an hour to three hours but it "all varies based on the child, how much candy and the type of candy eaten," the doctor said.

She added hard candy releases slower than others like chocolate.

Most times, parents can just ride it out, but there are some things you can do to gain control of that sugar rush.

"Water and fluids to rehydrate them, and also giving them foods like nuts, fatty foods, high protein foods that help to level out the sugar rush," she said.

She also suggested not going out on an empty stomach, so kids won't be tempted to gorge themselves afterward. You can also have kids walk around while trick-or-treating instead of driving them from block to clock.

Obete said that will help them burn off some calories, especially if they're sampling some of those treats. You may also want to let them trade their candy in for other treats, such as a new toy or special activity like a movie or staying up late.

"What you don't want to do is to get into a situation where you're like, 'no that is too much candy, you can't have too much candy,'" Obete said. "Because then it becomes kind of like a battle."

Health experts also suggest if you're staying in, consider handing out candy alternatives like boxes of raisins, dried fruit, and packs of cookies as well as stickers or cool pencils.

RELATED: LIST | What communities are trick or treating this year?