There will also be changes coming in July. 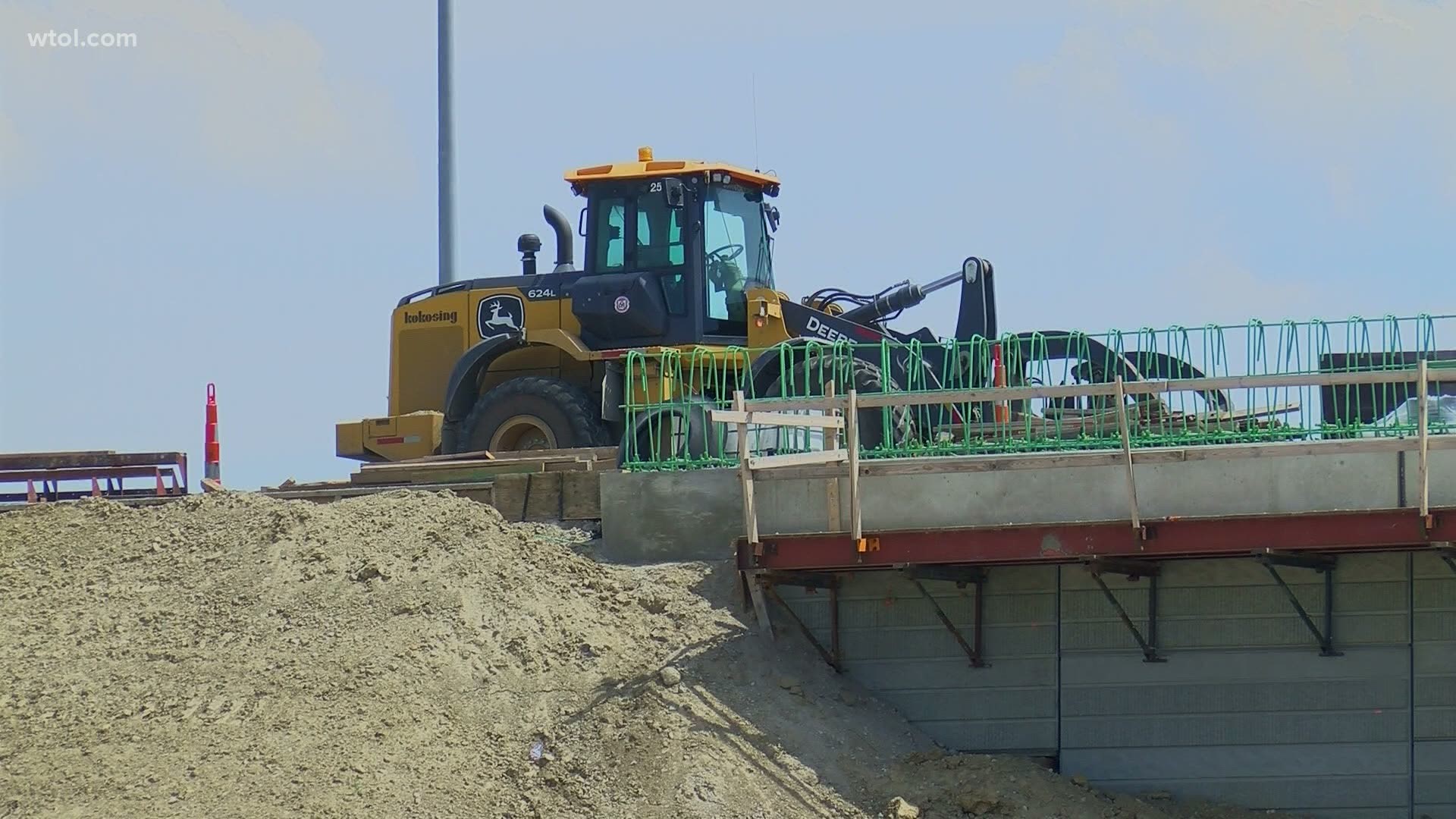 TOLEDO, Ohio — The I-75 mega construction project is causing the following changes to traffic patterns:

The ramp from inbound/northbound Anthony Wayne Trail to Collingwood Boulevard will also close and remain closed through September. Detour: AW Trail to Washington St. to Dorr St. to Collingwood Blvd.

Southbound I-75 traffic between I-475 and South Avenue will be reduced to one lane for traffic pattern change.

Southbound I-75 returns to two lanes but on newly constructed pavement.

In July, there will be more traffic pattern changes on I-75:

Similarly as above, Northbound I-75 traffic will be shifted onto the newly constructed pavement between South Avenue and Dorr Street.

I-75 between South Avenue and Wales Road will be shifted onto the newly constructed southbound I-75 pavement, including the new bridge across the Maumee River. Two lanes of I-75 in each direction will be maintained, separated by a barrier wall.

I-75 traffic between Buck Road and Wales Road will be placed back on their respective sides.

Ramp reopenings and additional ramp closures will be announced in association with these changes.