The roundabout is part of a multi-million dollar project to extend Industrial Drive across the Maumee River and connect with OH-110. 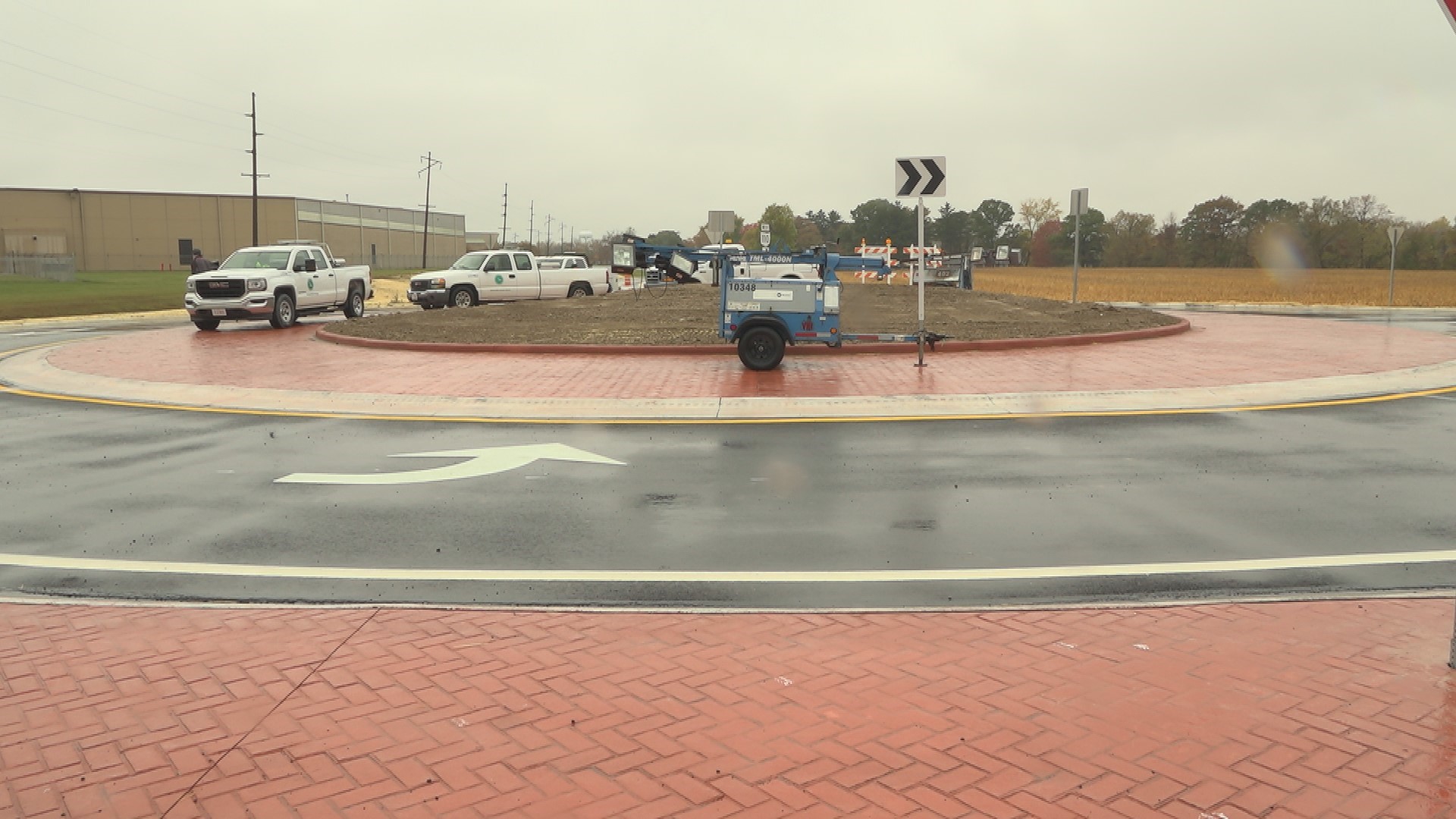 NAPOLEON, Ohio — A state highway near the city of Napoleon is now open, after being closed for 45 days.

As road closed signs were ceremoniously pulled away by the Ohio Department of Transportation and Henry County officials, it marked the completion of the first roundabout to be installed in the county.

The future intersection of the extended Industrial Drive and State Route 110 is part of a more than 10 million dollar project to make industrial traffic on the south side of Napoleon more efficient and safe.

"Focus industrial traffic on the east side of Napoleon and keep it out of the commercial and residential districts. And this will better foster the traffic going to places like Campbell's Soup, but also the other manufacturing facilities out in this area," ODOT District 2 Deputy Director Pat McColley said.

This project is funded through the state and local Henry County dollars.

The goal is to future proof this stretch of state highway for higher traffic volume as the city of Napoleon's industrial needs grow south of the Maumee River.

"Our industrial park is getting pretty full where it is now on the north side of the bridge here. And so we're kind of excited to expand that to the south side for future economic development," Henry County Commissioner Jeff Mires said.

The first year of the nearly 3-year project is wrapping up just east of Napoleon.

ODOT and Vernon Nagel contractor crews have been busy building a brand new bridge across the Maumee River, to extend Napoleon's Industrial Drive across the river and connect it with State Route 110.

RELATED: Ohio reopens all BMV locations: What to do if your driver’s license expired during the coronavirus closure

With work all but done on the northern portion of the bridge, crews will begin working on the south side next year.

"And then they'll take the causeway that's out in the river and pretty much, for the most part, flip that over to the south side. And then start building that south structure and then they'd, hopefully, meet up in the middle," McColley said.

The project in it's entirety won't be 100% complete until mid-2022, but the goal is to have enough of the primary work complete to open the bridge to traffic by this time next year.

"We did the deck a few weeks ago, we're ding the sidewalk and parapets. So we are, literally, halfway," ODOT project engineer Lamar Spencer said.