'Kirsten Hill goes to Washington': Ohio Board of Education member from Amherst who organized bus trip to D.C. responds to criticism

"It is, of course, best to wait for official investigations to be completed before assigning absolute responsibility for any lawlessness." 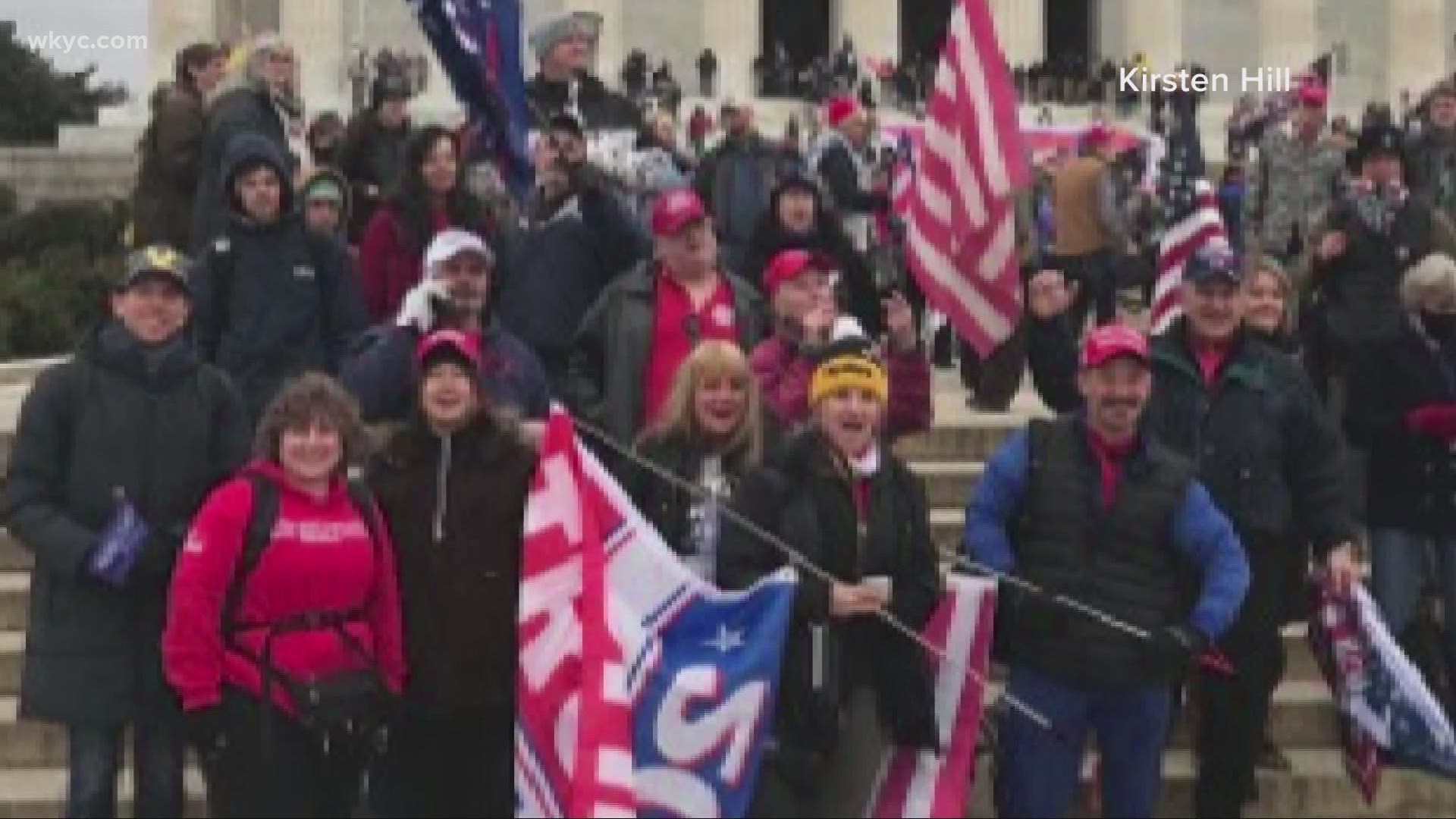 CLEVELAND — The Ohio Board of Education member who organized a bus trip to Washington D.C. last week for a 'Stop the Steal' event that escalated into a raid at the U.S. Capitol has responded to a call for answers about her role in the events of the day.

Amherst resident Kirsten Hill released a statement to 3News on Wednesday titled "Kirsten Hill goes to Washington" and laid out the reasons why she decided to go to the rally on January 6.

She condemned the violence that took place at the Capitol, but felt it is "best to wait for official investigations to be completed before assigning absolute responsibility for any lawlessness."

You can read the full statement fom Hill below:

I traveled to Washington D.C on January 6th as a private citizen with a group of like-minded people to express our concerns that there was significant voter fraud in the November 3rd presidential election. As you are no doubt aware, the First Amendment of the U.S. Constitution affords citizens the right to petition our government for redress of our grievances while exercising our freedom of speech and the right to peaceably assemble.

Unfortunately, there was a small minority of individuals who appear to have broken the law by vandalizing the Capitol Building and personal property. I condemn any acts of violence or damage that may have been done by any individuals or groups regardless of their motives or deeply held convictions. It is, of course, best to wait for official investigations to be completed before assigning absolute responsibility for any lawlessness.

My participation at the event consisted of listening to President Trump’s speech, walking to the Capitol, praying at a street corner along the National Mall, and waving my American flag in support of our great country.

Hill, who was elected to a four-year term in 2018, organized for a bus to travel from Elyria (departing at 3 a.m. Jan. 6) to arrive in Washington, D.C., to join the event, according to an online event page hosted by a group she runs.

RELATED: Ohio Board of Education member organized bus trip to D.C. for 'Stop the Steal' rally

The site, ran by the TEA Party of Lorain County, hosts links to the now-defunct site “www.wildprotest.com” in encouraging signups. It lists Hill specifically as the organizer.

The Ohio Education Association called on Hill to provide answers about her role in organizing the trip to the Capitol and the association wants her to denounce the violent actions that took place there.

“I was deeply disturbed to learn that a member of the State Board of Education may have had any hand in organizing the rally aimed at overturning legitimate election results. The actions of the insurrectionists and militants who attended the rally and who attacked our country that day are reprehensible and inexcusable, and we are calling on Kirsten Hill to denounce those fellow-rally attendees in the strongest terms,” said OEA President Scott DiMauro in a statement.

Hill represents District 2 on the State Board of Education which consists of Lorain, Erie, Huron, Ottawa, Wood, Lucas and Fulton counties.

“Hill is responsible for the future of 1.7 million children who attend Ohio schools. Those students are watching now,” DiMauro said. “We all deserve answers about exactly what Hill’s intent was in arranging and attending the January 6th event that in itself was an assault on the democratic principles of our nation, even before turning violent.”