12 articles of impeachment filed against DeWine by fellow Republicans

State Rep. John Becker of Clermont County filed the articles, joined by 3 other representatives. You can read the full text of the articles in the story. 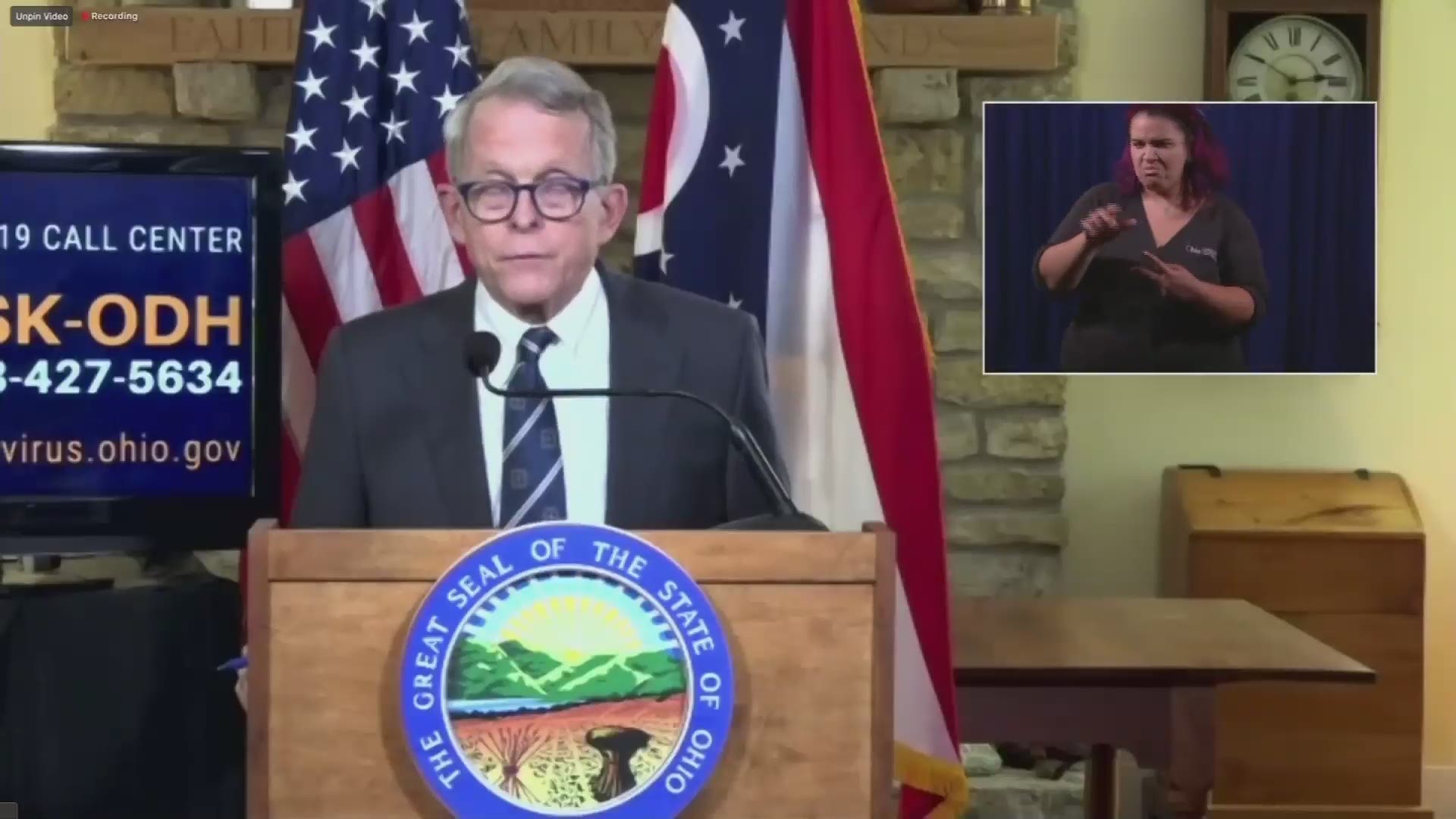 COLUMBUS, Ohio — (The above video is from August, and is DeWine's response to the effort to draw articles of impeachment against him then.)

Twelve articles of impeachment against Ohio Gov. Mike DeWine were officially filed on Monday by members of his own Republican Party.

State Rep. John Becker of Clermont County was joined by fellow representatives, Nino Vitale, Candice Keller and Paul Zeltwanger in filing the articles as an "effort to restore the rule of law" in the face of DeWine's response to the COVID-19 pandemic.

The articles allege DeWine has abused his power as governor and has violated both the Ohio and U.S. Constitutions as well as Ohio Revised Code.

In August, Becker initially drafted 10 articles against DeWine to "ending the madness," according to his press website.

Speaker of the House Bob Cupp (R-Lima) refused to take those articles to a vote. Becker now calls on Cupp to assign the articles of impeachment immediately to the Federalism Committee, aiming for hearings in December.

READ THE ARTICLES OF IMPEACHMENT

“I’m envisioning two hearings in early December followed by a floor vote to allow for a trial in the Senate,” said Becker.

“The people of Ohio are looking forward to ending the madness and a Governor gone wild,” Becker continued.

Becker in August urged Ohioans to check the website www.impeachdewine.com to see if their representatives had backed the impeachment effort. As of Monday, only Becker, Vitale, Keller and Zeltwanger were indicated as backers.

Becker also cited DeWine's veto of Senate Bill 55 and said that DeWine has threatened to veto "other reasonable legislation" such as SB 1, 311 and House Bill 618.

In August when 10 articles were suggested by Becker, DeWine shrugged off the effort, saying, "Have at it."

"As governor, my priorities are to keep people safe and to get our economy moving faster," Ohio's chief executive said during his Tuesday press conference. "If there are others in the legislature who want to spend their time drawing up resolutions and filing articles...I'd just say to them, 'Have at it.'"

RELATED: Gov. DeWine to Ohio lawmakers who seek to impeach him: 'Have at it'