The incident happened as officers were in pursuit of three suspects in a stolen vehicle. 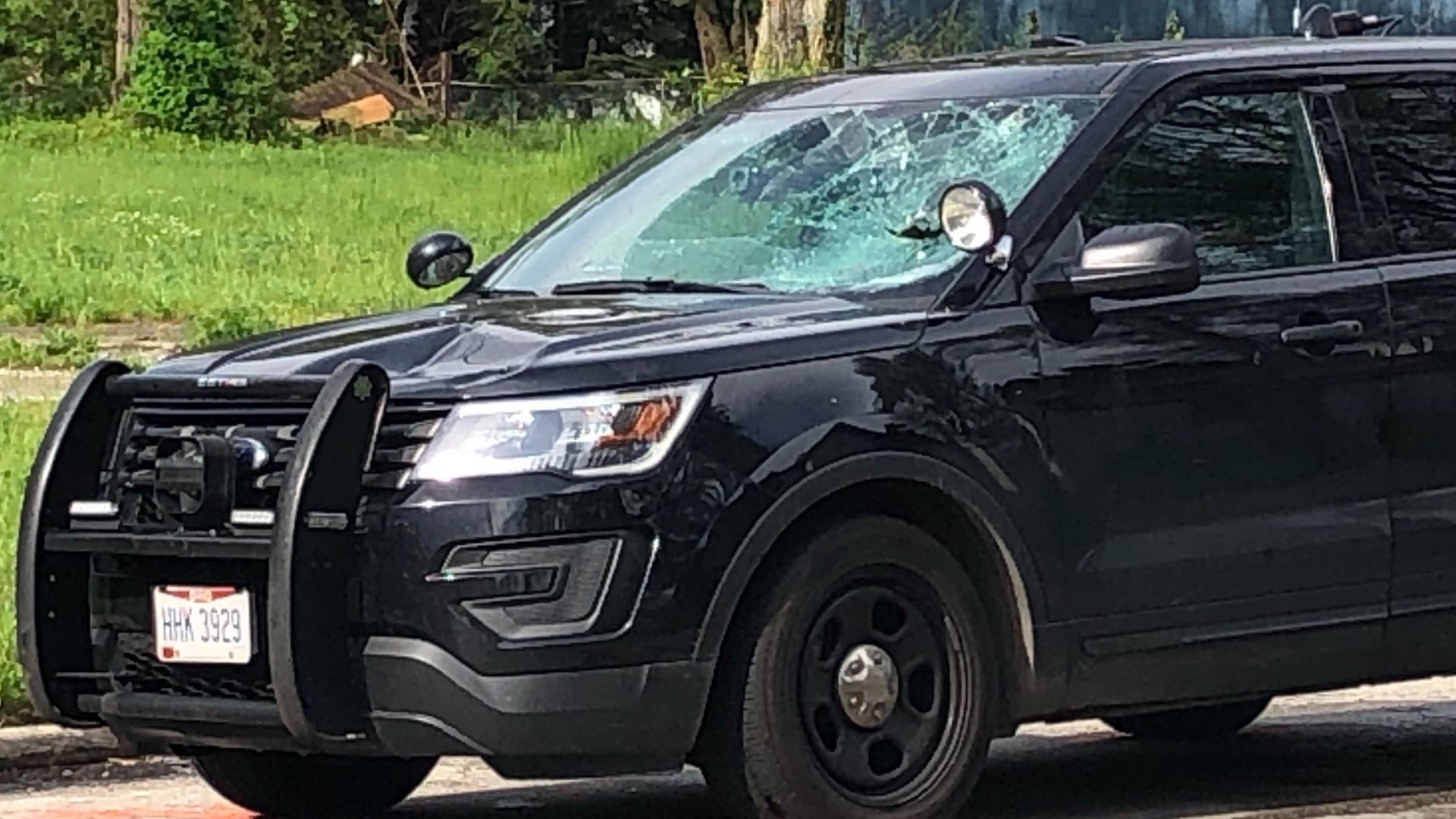 TOLEDO, Ohio — According to Toledo Fire, a call was placed by Toledo police around 4 p.m. Tuesday for transportation to the hospital of someone who had been hit by a vehicle at Indiana and Heston in central Toledo.

Toledo police on the scene confirm that the vehicle involved was an unmarked TPD vehicle.

Credit: WTOL 11
According to Toledo police on the scene, this unmarked TPD vehicle struck a pedestrian.

TPD says Officers Krabill and Glesmer were attempting to pull over an unplated Dodge truck; lights and sirens were initiated in order to conduct the traffic stop.

As officers began to catch up to the Dodge, the truck crashed at Heston and Indiana and the three occupants of the truck began to flee the scene.

During this time, a 16-year-old, who was not involved in the incident, was walking near the intersection and began running from the area.

Police say the juvenile ran across Indiana Ave. when he was hit by the unmarked police vehicle which still had lights and sirens activated.

Police say the officers immediately gave aid to the juvenile before he was taken to the hospital with non-life threatening injuries.

The Dodge truck was reported to be stolen and two suspects, both juveniles, were caught a short distance away.

One of them suffered a broken hand in the incident and was treated at the hospital before being booked into JJC on two outstanding warrants.

The third suspect was never located.

Officer Krabill suffered small abrasions from glass and was treated at the hospital.