The 80-member team, along with K-9 crews, have been working around the clock at the collapse site, as the rescue effort enters day 4. 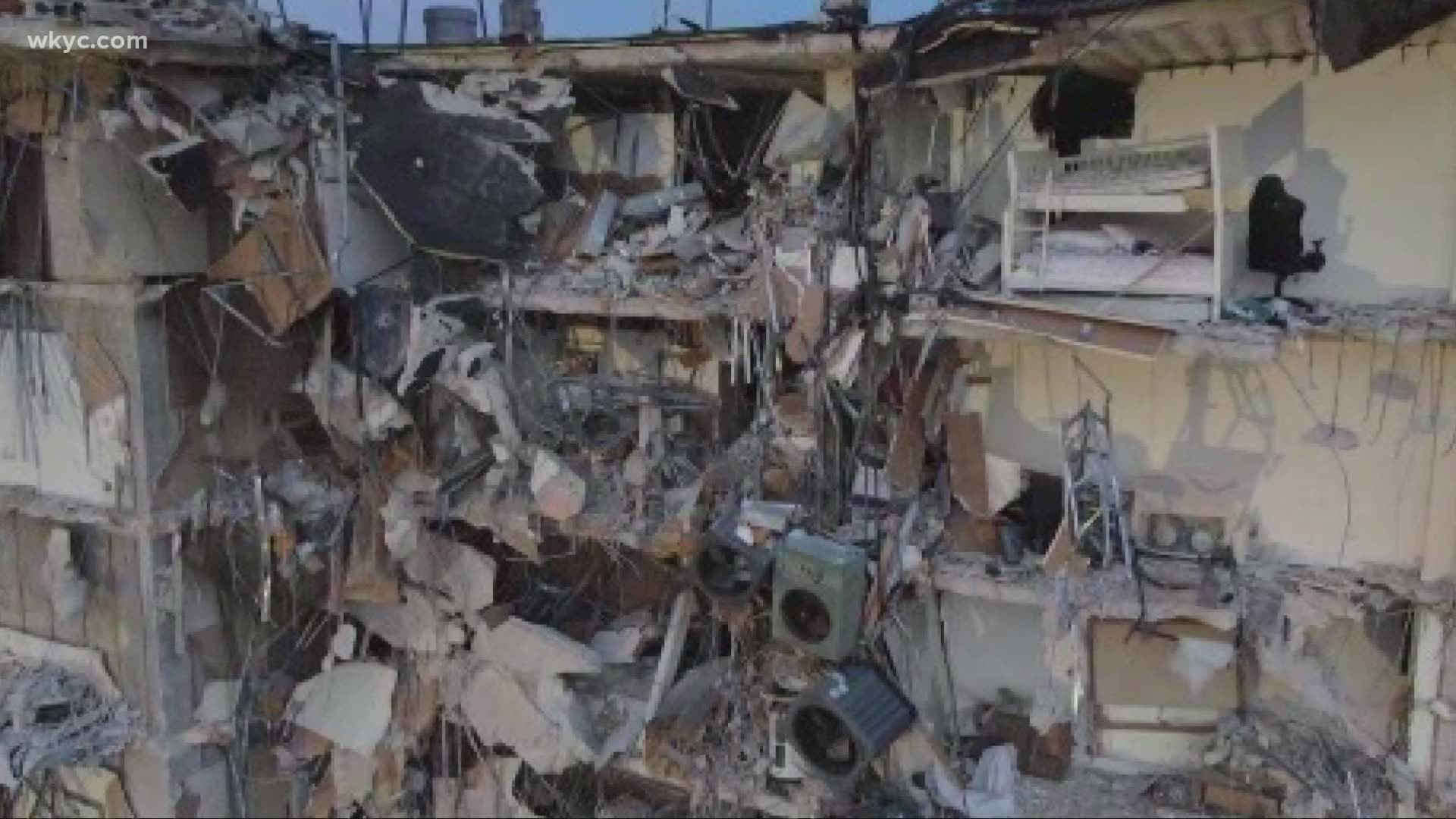 SURFSIDE, Florida — The Ohio Task Force 1 is currently in South Florida helping with the rescue efforts at the collapsed condominium building near Miami Beach.

The team of 80 deployed earlier this week from Vandalia, Ohio,  and headed to the Champlain Towers South in Surfside, Florida.

RELATED: Explosives set off to bring down rest of collapsed condo

"It’s really just an effort to search, recover, give some piece of mind to family members... that kind of an operation," said Phil Sinewe of Ohio Task Force 1.

"I think everybody hopes to have a rescue of some live victims. I don't suspect that there's much of a chance of that right now, so it's more of a recovery operation, I would say," says Sinewe.

Sunday evening, officials in the area set off explosives to begin the demolition on the remaining parts of the condo that had not fallen. Surfside authorities say this will aid in giving crews access to parts of the rubble that have been unavailable previously.

Miami-Dade County Mayor Daniella Levine Cava said over the weekend that officials would begin the search and rescue efforts shortly after the demolition was complete, telling reporters, "we are standing by. We are ready to go in, no matter the time of night."