Former President Barack Obama was caught on video netting a side 3, then smoothly exiting the gym with his drink. He used the moment to urge people to vote. 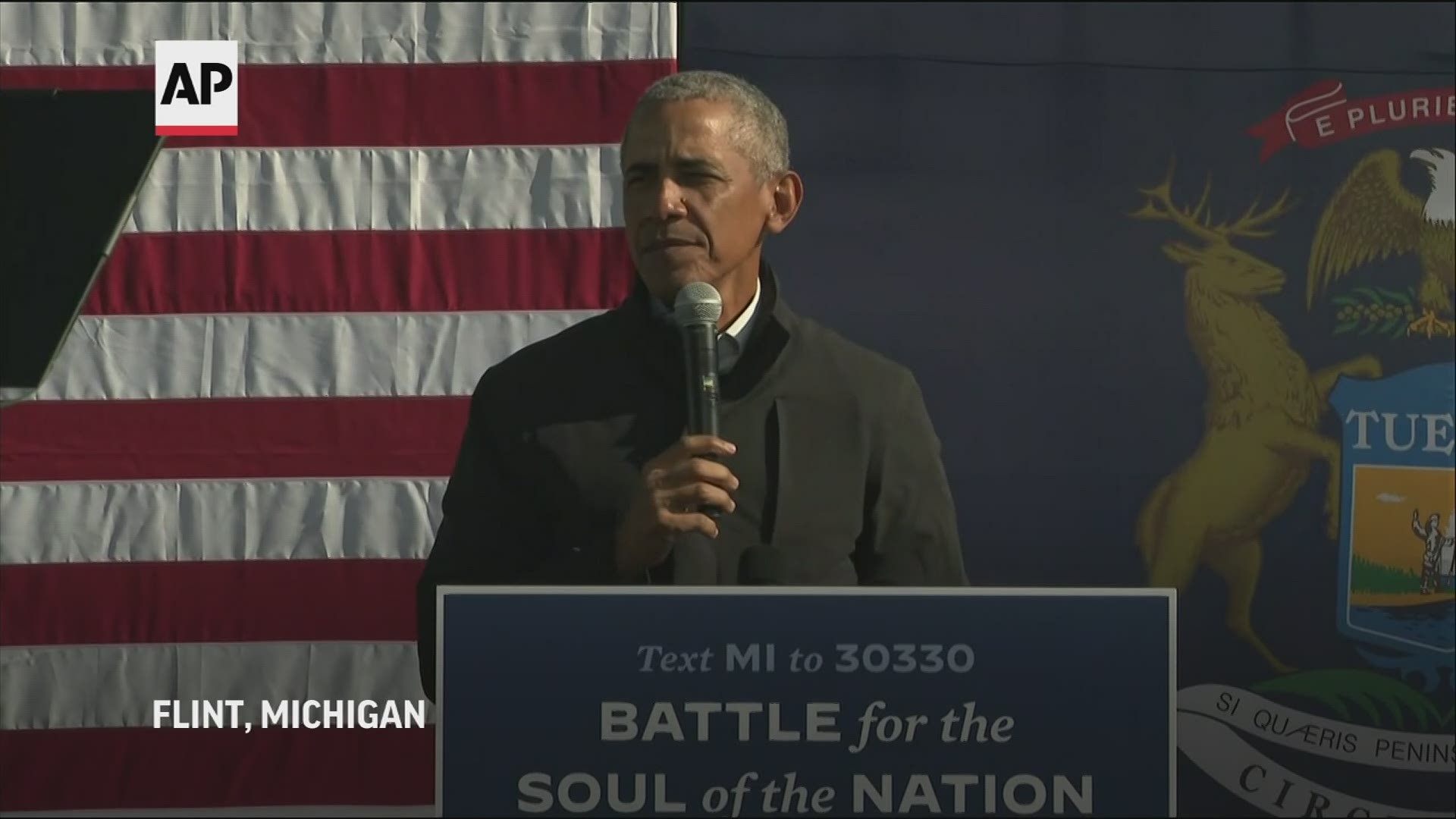 WASHINGTON — Former President Barack Obama was seen effortlessly sinking a side 3-pointer while campaigning with Democratic nominee Joe Biden in Michigan on Saturday.

The 44th president was captured on video nailing the deep shot, then being handed his beverage as he walked out. The lefty confidently exited the floor, repeating, "That's what I do."

The swish received reactions of "woah," "walk-off" and "all net" from those on the court. It got attention on social media too, even among some affiliated with the league.

NBA coaching great George Karl tweeted the video saying he "would pay big bucks to watch Obama vs Trump in a game of 21!"

Sportswriter Jemele Hill noted Obama's unathletic attire. "That the president did this in some slacks and church shoes >>>>," she said on Twitter.

LeBron James, who hosted Obama on his talk show "The Shop" recently, got in on it saying that his friend was "showing out." The Lakers star and 2020 Finals MVP wrote, "That’s what you do huh?? Ok ok I see. All cash!"

Basketball analyst Ros Gold-Onwude called it, "Swag on a million."

Obama used the moment to urge people to vote, telling Americans to "Shoot your shot."

As of Saturday, nearly 92 million voters had already cast ballots nationwide, according to a tally by The Associated Press.

The nation's first Black president was with Biden appealing for support from voters in predominantly Black Flint and Detroit. Obama and Biden appeared at drive-in rallies in both cities in their effort to return Michigan to Democrats after President Donald Trump scored a surprising victory there in 2016.

Trump was in Pennsylvania making an aggressive play for the state in four separate rallies, focusing largely on his white, working-class base.

RELATED: VERIFY: Why the margins on Election Day may shift widely