Multiple central Ohio cities require masks to be worn in public because of the coronavirus pandemic. 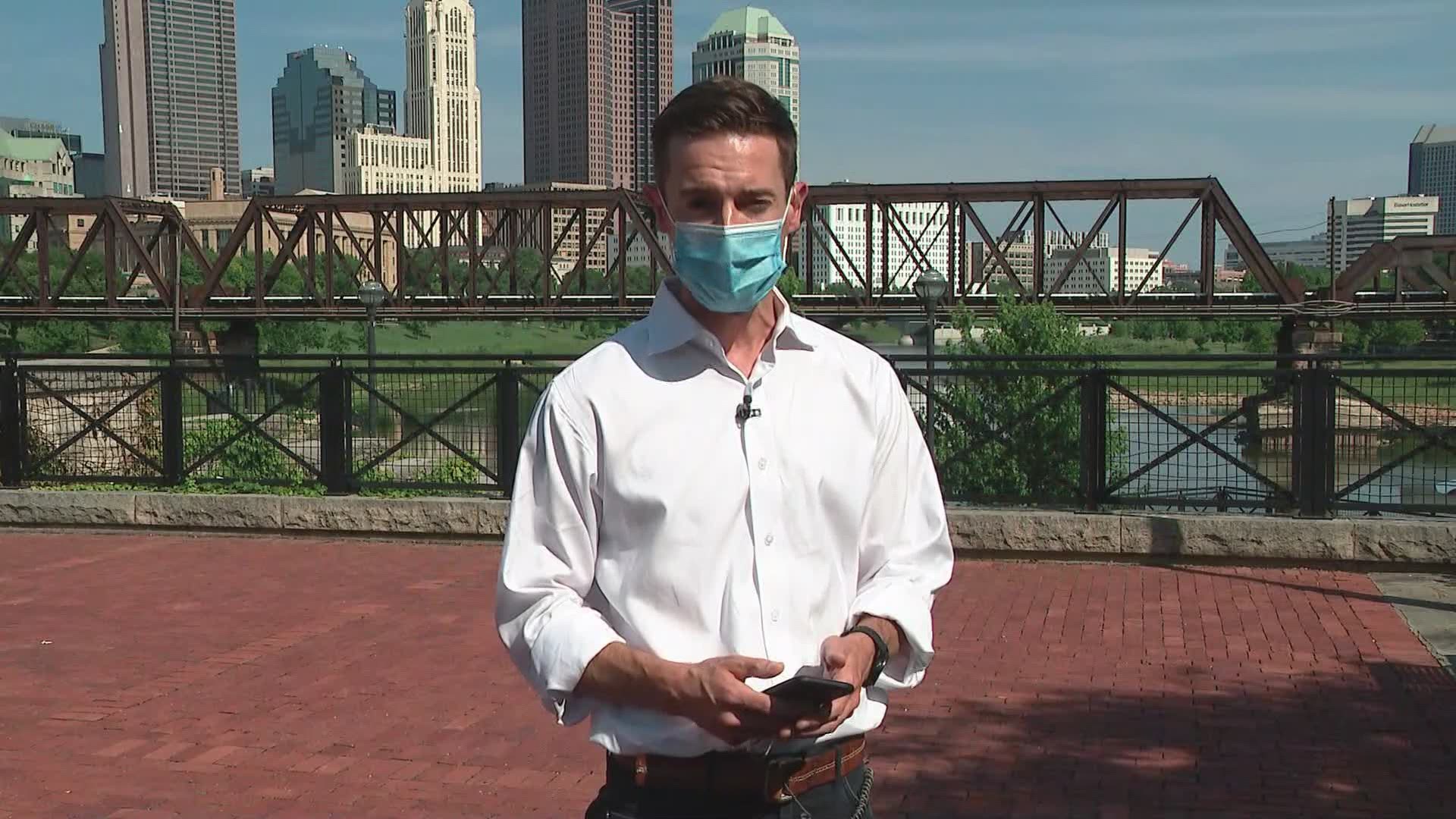 At least 21 states have instituted some type of mandatory mask or face covering requirement as part of efforts to quell the spread of the coronavirus.

Here’s a look at what’s happening in Ohio and our surrounding states based on information from state government websites and published news articles.

Other Ohio cities with mask requirements

(On July 2, a new alert system was introduced to track spread within each county. Any county at Level 3 will be required to wear a face covering in public)

Months ago, Governor Mike DeWine had said he would require masks as the state reopened but rescinded the requirements after receiving pushback and instead strongly encouraged citizens to wear masks.

In response to an uptick in coronavirus cases, hospitalizations and infection rates, the city of Dayton announced a mandatory mask requirement. Governor DeWine said he supported the effort.

The city of Columbus followed suit, but while Mayor Andrew Ginther’s executive order would require masks or face coverings in indoor settings like daycares, nursing homes, retail stores or restaurants there are several exemptions.

Among those exempt from abiding by the mask order:

The Columbus Public Health also said they right now have no plans to enforce the executive order but are considering the options.

The city of Dublin announced Friday that it has passed indoor mask requirements for anyone patronizing businesses - it also affects people attending city parks or high school sports. There are also exemptions to this rule. Among a few exempt: those with medical conditions, those under the age of two or involved in strenuous physical activity outside so long as social distancing can be applied.

The Frankin County Commissioners held an emergency meeting where it passed a resolution encouraging other local municipalities within the county to pass mask requirements.