Vigil held to honor Skelton brothers after missing for 9 years

The oldest of the three would be celebrating his 18th birthday Tuesday. 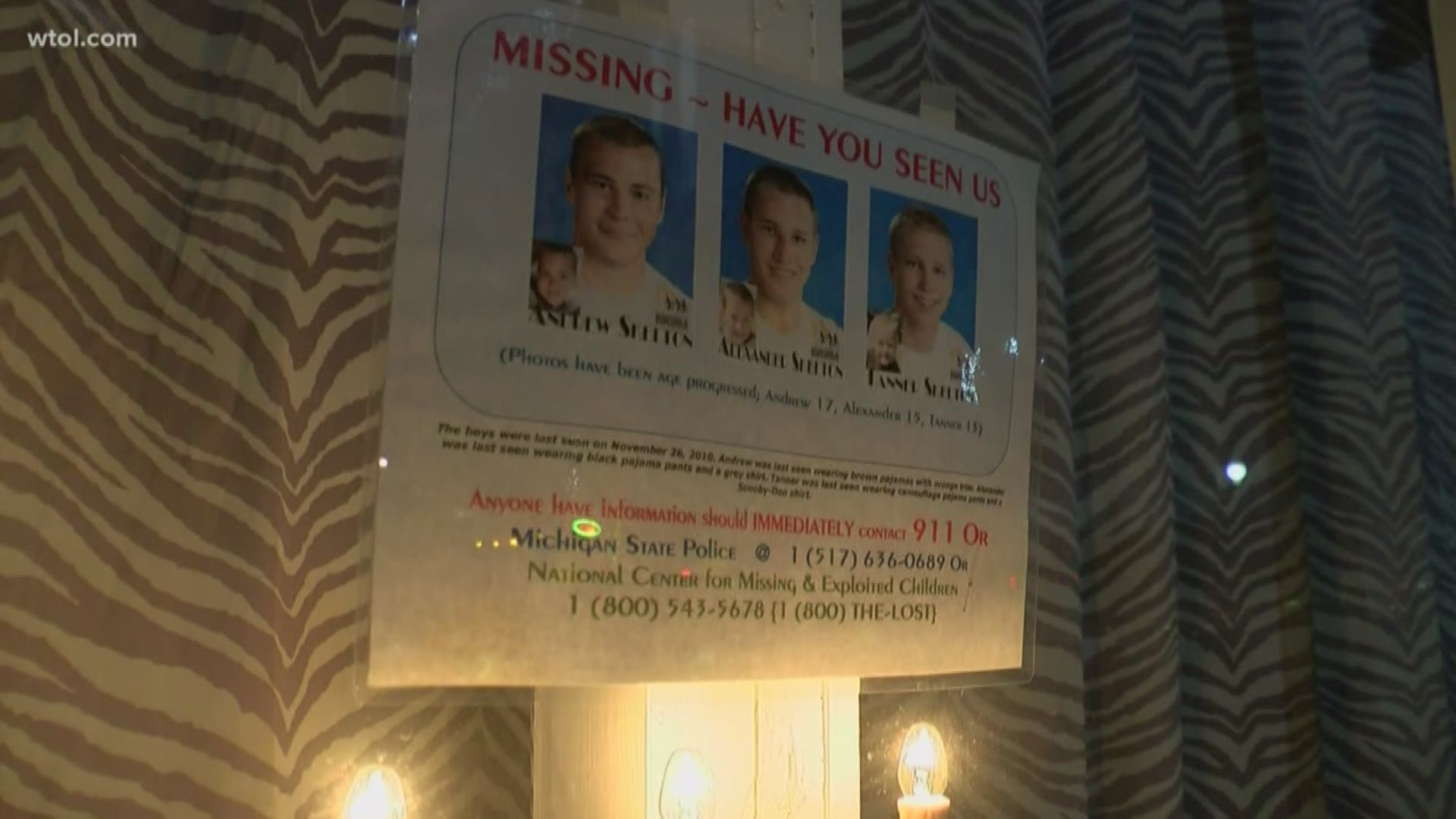 A vigil was held Tuesday evening in Morenci to honor Alexander, Andrew and Tanner Skelton.

At the time the boys went missing in 2010, they were only  five, seven and nine years old. Now the oldest of the three would be celebrating his 18th birthday.

"We have to keep it alive so that people are aware we're still looking, we're not giving up. Whatever the outcome, we want an answer," Family member Kathye Herrera said. "There still could be somebody somewhere that knows something."

Being in the smaller town of Morenci, Herrera says it's been helpful because everyone feels more personally involved. Signs for the boys are still posted in local businesses' windows.

"When the boys went missing the whole town just pitched in and went searching and put signs up and went all over," Herrera said.

The goal is to bring the boys home.

The boys were reported missing by their mom, Tanya Zuvers after their dad, John Skelton didn’t come back with the boys when expected.

Skelton is now serving time related to the boys going missing. He claims he gave the boys to an underground group, but Zuvers now believes her sons are dead.

In addition to honoring the boys, the vigil is meant to remember them and to keep the hope that someday they will return home.

Skelton will be eligible for parole next year.