'Lucas meant so much to all of us' | Toledo Zoo: Lucas the elephant has died at age 9

The elephant died from a rare viral infection, zoo officials said. Lucas would have been 10 years old in June. 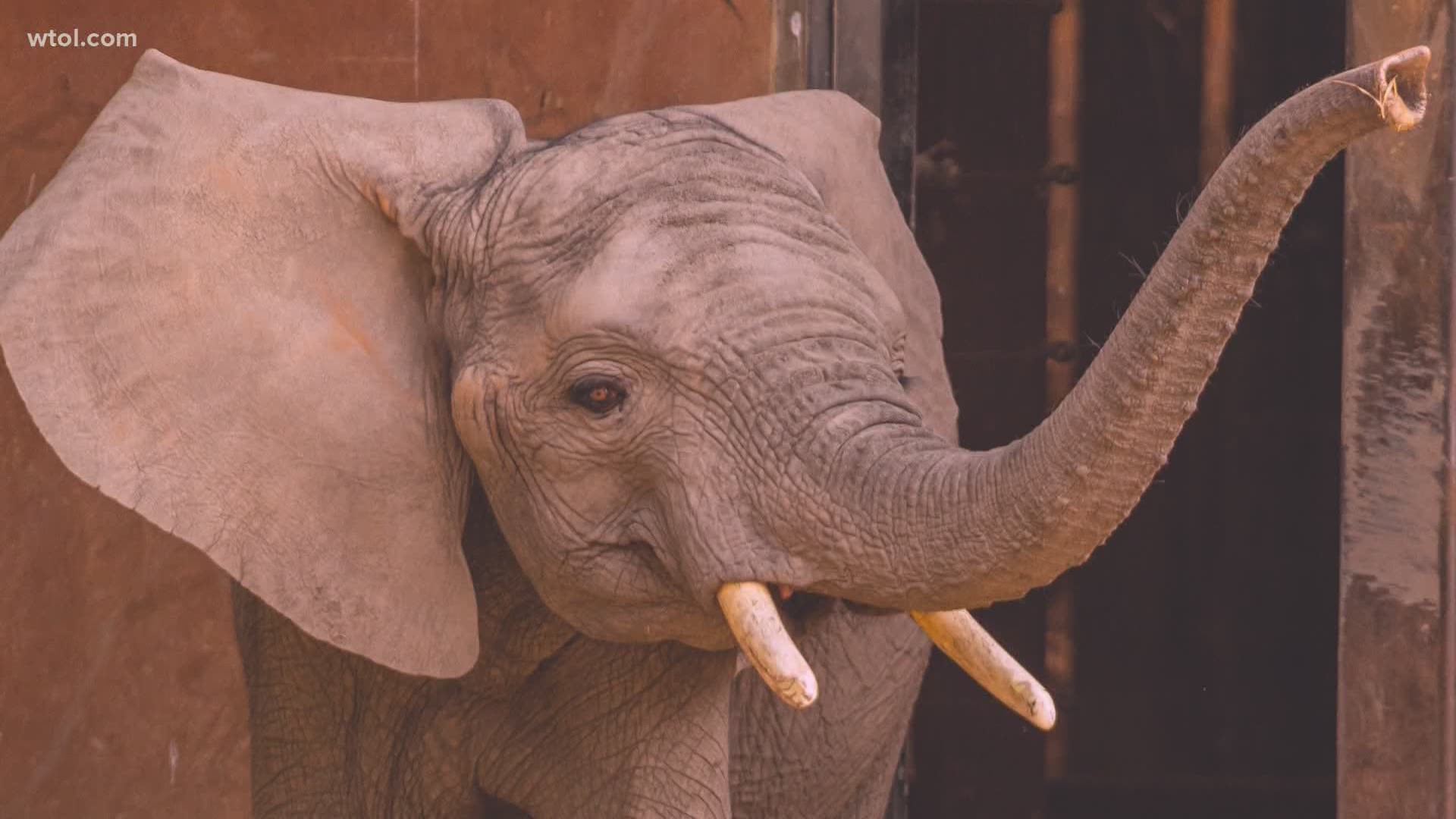 TOLEDO, Ohio — The Toledo Zoo on Wednesday said 9-year-old Lucas the elephant has died from a rare viral infection.

"After days of heroic care, we have lost our beloved elephant Lucas to a devastating viral disease known as Elephant Endotheliotropic Herpesvirus," zoo President and CEO Jeff Salier said in a video.

EEHV is a nearly ubiquitous virus detected in managed and wild elephants without clinical illness. The zoo says there is no concern to the other elephants at this time - Twiggy and Lucas' mother, Renee. Lucas was born at the Toledo Zoo in June 2011.

The virus is elephant-specific and does not infect non-elephant species.  It causes an acute hemorrhagic disease in young elephants. This virus damages the lining of blood vessels throughout the body. Blood loss leads to organ damage, shock, and eventually death.

"In younger elephants like Lucas, it can be quite catastrophic," Saliers said.

"Lucas meant so much to all of us. He was named after the county. ... This time, though dark, will be especially felt by those who cared for him since the day he was born," Saliers said. "Those same people worked with Lucas over all the years, providing the best of care, and they were with him when he died."

Credit: Toledo Zoo
Lucas the elephant has died at age 9 from a rare viral infection, the Toledo Zoo said April 14.

The timeline of events in Lucas' illness is as follows, according to the zoo:

The elephant was named after Lucas County and was a main attraction for thousands of zoo-goers for years. He was born June 3, 2011, to mother Renee at the Toledo Zoo.

Residents voted on what to name the pachyderm. The possible names were Lucas, Chuck and Iain. After nearly 8,000 entries, Lucas won by more than 3,000 votes. The name, which was the keepers' favorite, honored Lucas County voters' long-time support, the zoo said.

Zoo-goers got to know Lucas year after year, especially at the birthday celebrations held each June at the zoo, featuring enrichment activities and a birthday cake as well.