Karla and Veralucia Mendoza were 11 and 8 years old when they came to the United States from Peru. They grew up in Toledo. And now, like DACA, they're here to stay. 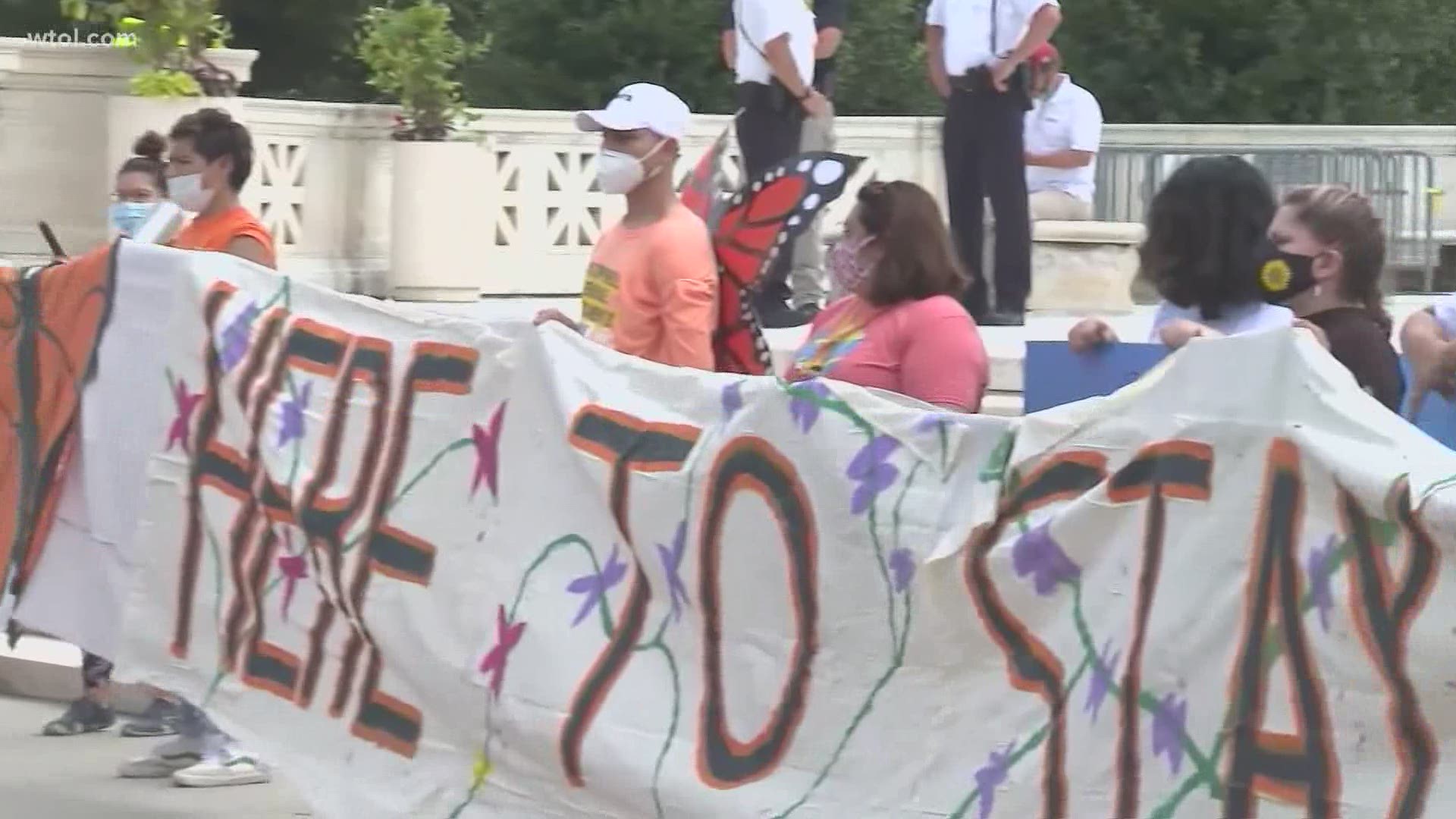 TOLEDO, Ohio — There are dreamers in Toledo impacted by Thursday's Supreme Court decision.

Karla is one of 700,000 people whose future in the United States was decided by the Supreme Court this morning.

"Last night I was like 'okay, 12 hours from now, a decision is going to be made,' I didn't realize that it was so active in my brain," Veralucia Mendoza said.

She and her sister Karla were brought here at the ages of 8 and 11. Growing up in Toledo was a mix of celebrating their Peruvian pride at home... and working hard to assimilate with their American classmates.

"I realized I kind of kept that side of my life private and so at home I would celebrate all this culture and when I would go right outside my door it was like oh, this is a secret that I hold. I couldn't explain it to a lot of people," Karla said.

They both graduated from Toledo Early College High School, went to the University of Toledo and continue to live and work in the community.  Veralucia says the fight for dreamers still isn't over.

"The thought of not being here means I don't get to be with my family who are here, my friends who are here, the people I grew up with," Karla said.

RELATED: What is DACA? | Answering 10 of the most-searched questions on the Supreme Court ruling