The kids were extremely excited when they saw their favorite superhero! 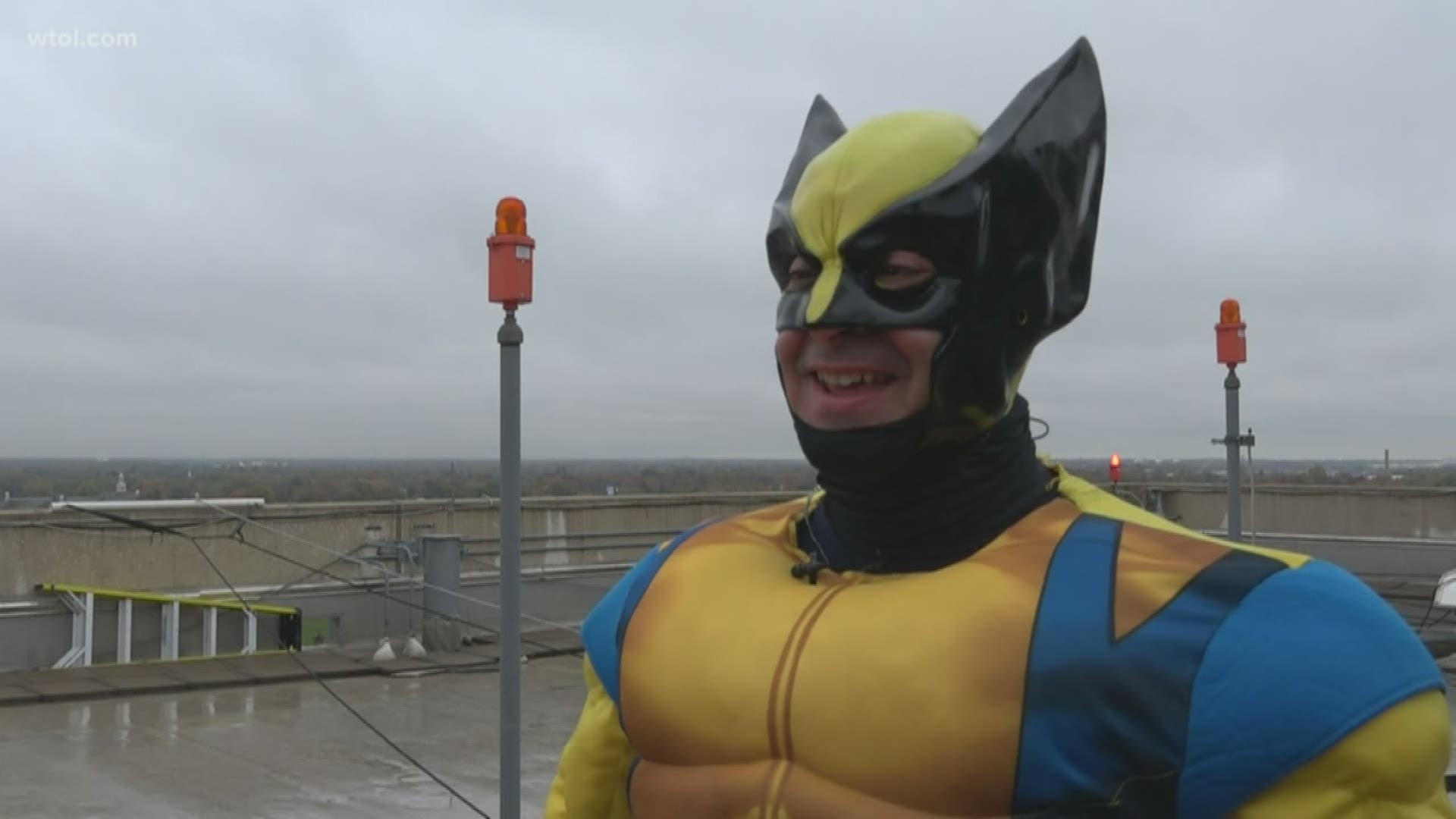 Besides being there for the children, ten superheroes surprised the children by rappelling on the sides of the hospital.

The SWAT team superheroes say this event allows them to put a smile on the face of many children, who can't go trick-or-treating or have a normal Halloween.

"It's just great to see the joy on their face! It brings us joy too, but it's nice to just see them have a day where they can just be themselves and be kids again, and not have to worry about being in the hospital," said one member of the SWAT team, dressed as "The Wolverine"

And the smiles did not disappoint. Many of the kids were extremely excited when they saw their favorite superhero.

So excited, they could barely put it into words...

"He was climbing the wall down!" one of the kids said.

The yearly tradition is extra special for Orion Poverost. Not only did he get to see his favorite superheroes, but he also had his last chemotherapy treatment after fighting leukemia for three and a half years.

"Because I rang the bell and I saw the superheroes!" he said.

Poverost got to lead the trick-or-treat parade through the hospital with everyone cheering him on!

RELATED: She texted her father's number on 4th anniversary of his death. This year she got a reply