The weekend-long event links the homeless to needed resources. This year's 'Tent City' mayor said the event changed her life. 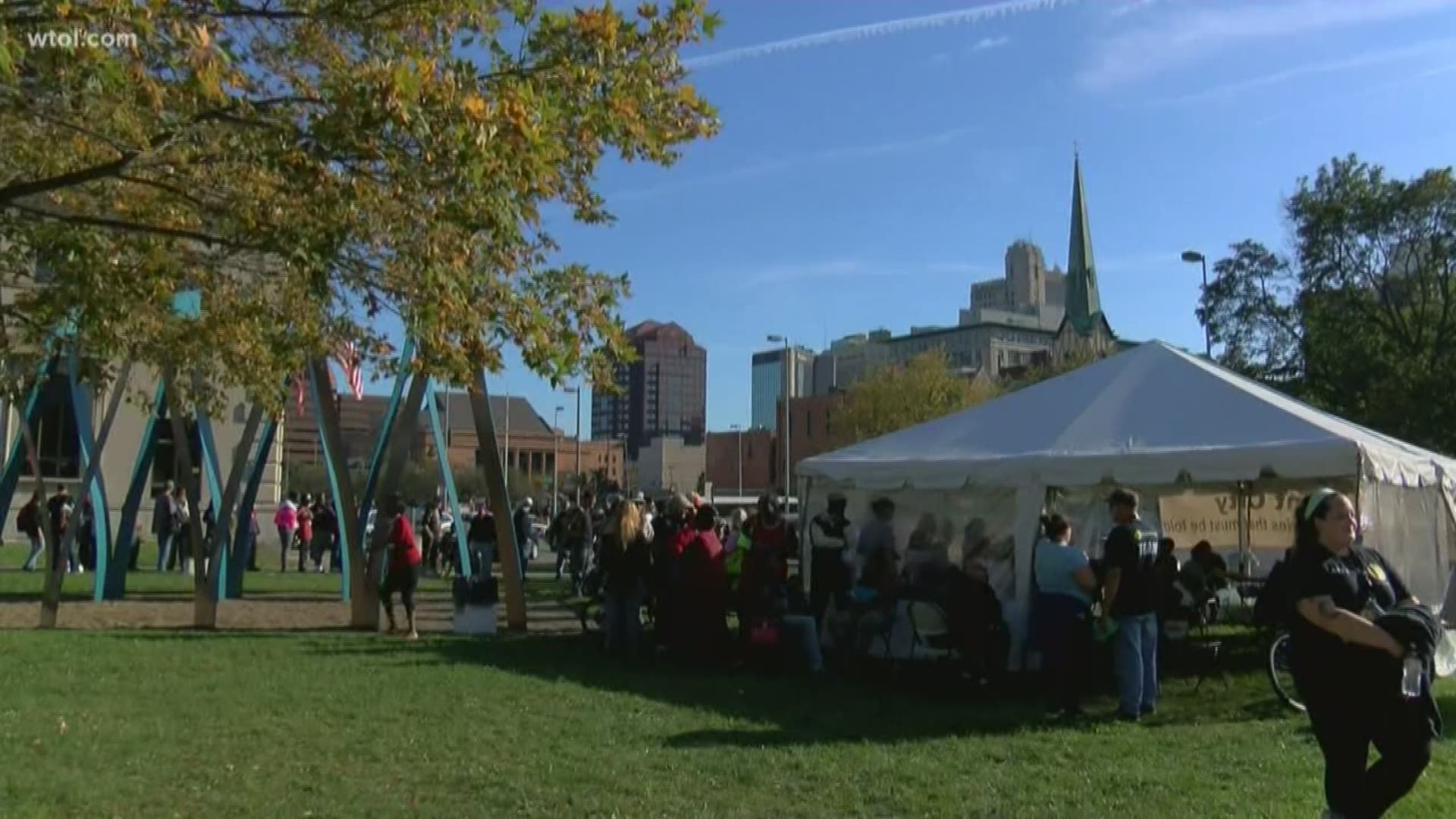 TOLEDO, Ohio — This weekend, the Civic Center Mall in downtown Toledo will look a little like a camp-out. The event called "Tent City" aims to help the homeless get back on their feet.

It's the 29th year for the event and this year's mayor of "Tent City" has an incredible story to share.

A year ago, Mandy Fisher never would have thought she'd be holding down a steady job.

"I was in a really bad spot. I was an alcoholic," she said.

Unable to stay sober and keep a job, her friend kicked her out and she took off to Detroit where she found herself homeless.

Luckily, Fisher's uncle answered her plea for help. He volunteers with One Matters, the organization behind the annual "Tent City," which connects the homeless with needed resources.

"Different licenses, it provides funding for that, birth certificates, there's a clothing tent, they do haircuts; those are sometimes things people with little means have an opportunity to get and it's all in one place," Fisher said.

Fisher said "Tent City" and One Matters changed her life. Now, she volunteers with the organization.

She's sober, has a job, an apartment and so much more.

"I thought I was a lost cause a year ago. I didn't have any hope. And coming to Toledo, I was just afraid of dying in an abandoned house in Detroit, but this community has just given me that. They gave me this hope," Fisher said.

If you know someone who needs help, Fisher said to bring them out.

"It builds community. It reminds people that we're not alone. We get to spend the weekend together, volunteers, residents of tent city. It doesn't matter, we're just all one community in that weekend," she said.

The kick-off to "Tent City" is the Veterans Matter Walk to End Veteran Homelessness. It's at 6 p.m. on Friday, Oct. 18 at the Civic Center Mall. You can register here.

Money raised goes towards finding housing for veterans. Representatives with the organization said it only takes about $750 to get a veteran into an apartment. So far, it's housed about 3,000 veterans nationally.