Some protesters who showed up say they aren't against guns, but rather, the location of the proposed business. 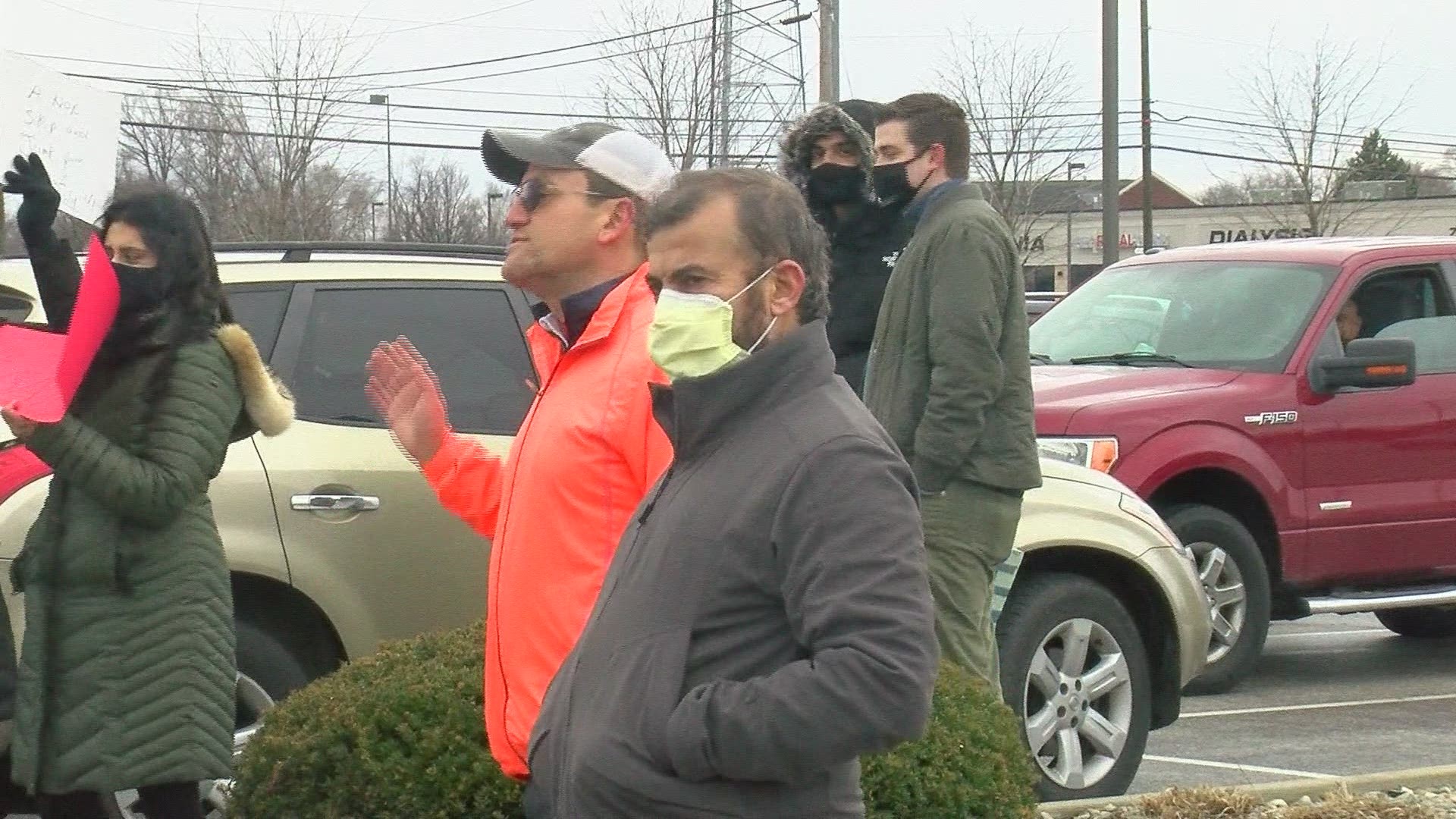 SYLVANIA, Ohio — Dozens of people gathered on a cool January afternoon in Sylvania on Sunday to either protest, or support, a new indoor gun range that's slated to open in the city.

Community stakeholders opposed to the range aimed to show what's at stake if the business is allowed to open at the former Andersons Market on Sylvania Avenue across the street from Kroger.

"I am a teacher and if we would see someone carrying a gun near our school we would not know if that person is a threat or not," said Margaret Kohler, who was there to protest the opening of the gun range.

Some protesters who showed up say they aren't against guns, but rather, the location of the proposed business. There is a school, a lead, a grocery store, a medical facility, and a residence in close proximity to the site.

RELATED: In a year of pain, one silver lining: fewer mass shootings

Protester Nina Greenberg is concerned about the safety of kids.

"The main concern for us is the fact that the guns are so close to our school it's all about safety for us."

A small group of counterprotesters also showed up to support the proposed business. They disagree that the business means the neighborhood will become less safe.

"Everyone wants to complain about the location, because there's a school close by, because of the library, because of everything else. But guns don't kill people. People kill people," said gun range supporter Amber.

Supporters of the range also say the new business will bring more revenue and recreation to Sylvania, and it is convenient for law-abiding gun owners who live nearby.

"It's an inconvenience to go out of our way to try and find a range to work with, to do our shooting, to stay up on our license. Number two is that the revenue in Sylvania is down," said supporter Larry Banachowski.

Many of the protesters who showed up Sunday plan to gather again to raise their concerns outside city council chambers during a city meeting on Monday, where the fate of the proposed gun range could be decided.