Protest in west Toledo calls for end to Israeli bombing

The protest came as the conflict between Israel and Hamas is continues to escalate. 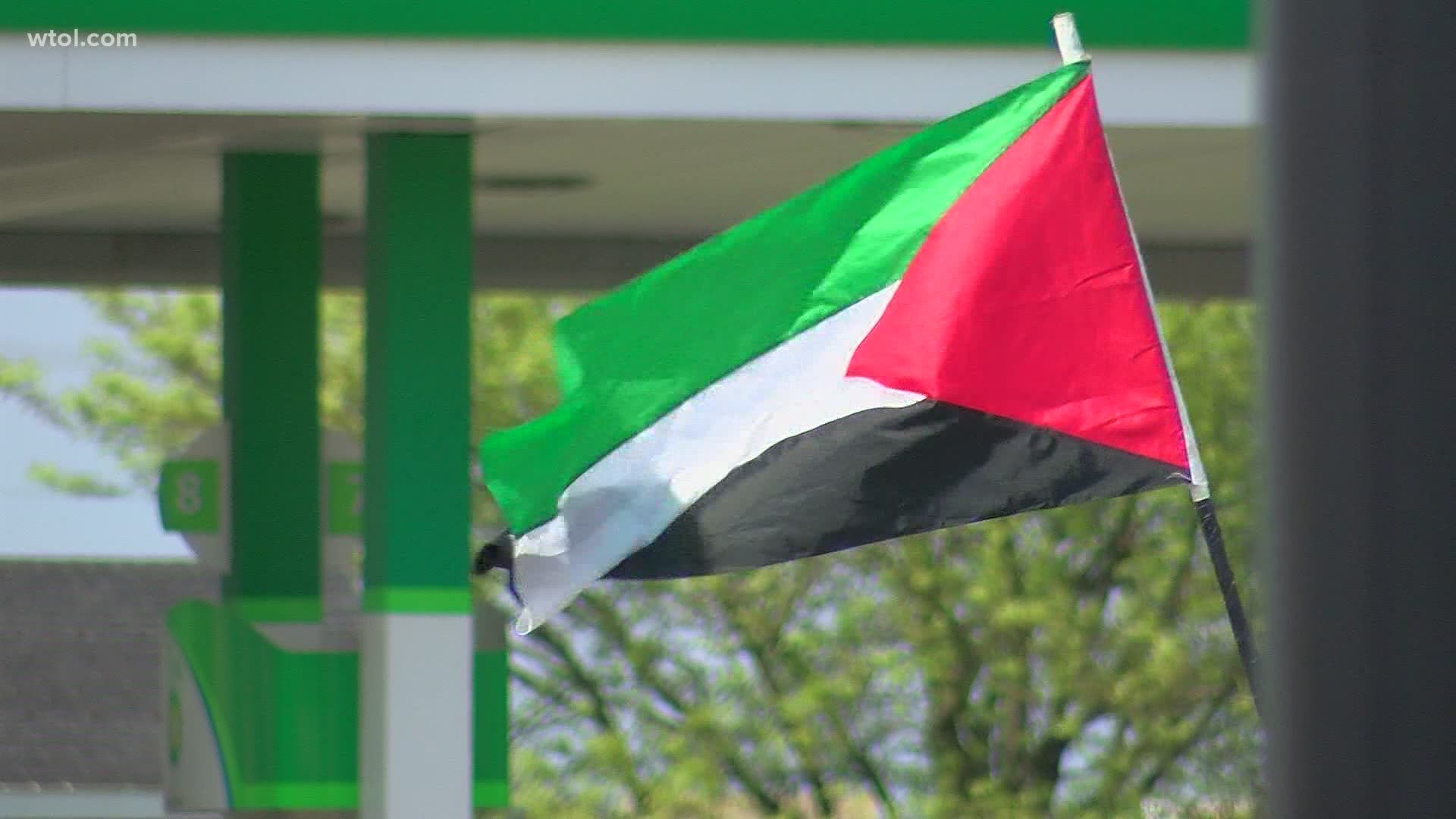 The conflict between Israel and Hamas is continuing to escalate.

Despite devastating Israeli air strikes in Gaza, militants there continue their rocket campaign against Israel.

And as tensions in the Middle East rise, the rest of the world is watching, even in Toledo.

On Sunday, those with ties to the region and others who want to show solidarity with the Palestinian people gathered for a protest at the corner of Secor and Central.

Many of the Palenstinian-Americans at the protest say their families have been subjected to the violence for far too long, even before the current Israeli airstrikes, and it's time for it to end.

"They come into the suburb of Jerusalem, Sheikh Jarrah, they try to push people out of their houses. They've been living in their houses for 50 years,” said Mouhalae Sarsour, who was born in Ramallah, Palestine and came to the United States in 1974.

BGSU political science chair Marc Simon says the conflict dates back decades - and includes anger from Palestinians about the occupation of Jerusalem and the lack of progress in peace.

At the same time, Israel says it has the right to defend itself against Hamas’ attacks.

"There's a lot of frustration that there's never been a resolution of that broader conflict between Israelis and Palestinians and both publics are divided.

Protesters say people in the United States are largely unaware of the roots of the conflict, but that is beginning to change.

"This right here in Toledo is about awareness. We're trying to show people what is really happening. This is something that is just now coming to light,” said Wisam Khrawesh, who helped organize the protest. “Like I said, and it's supported and now people see it."

Several of the demonstrators at the protest say if President BIden were to address the violence, it could go a long way toward easing the tensions.

On Wednesday, the Jewish Federation of Greater Toledo, released a statement on the violence, stating:

“The violence perpetuated by Hamas terrorists has no justification. It is not about evictions, annexation, or two states; nor is it about building a better future for Palestinians. The sole purpose of these attacks on civilians is to perpetuate terror and to take advantage of an already tense situation solely for Hamas's own political benefit.”

The statement also reads: “We are heartbroken at the loss of innocent Israeli and Palestinian lives. We recognize that images of violence in Jerusalem, especially during Yom Yerushalayim and Ramadan, are deeply painful to Jews and Muslims. There is never justification for indiscriminate violence. We pray for days when our holiest sites are known only for the peace that dwells in their midst and it is our fervent hope that all parties and stakeholders will take action to prevent further bloodshed and to stop the escalation towards war.”