The Ohio Department of Natural Resources wants to develop wetlands in the area to prevent algal blooms in Lake Erie. 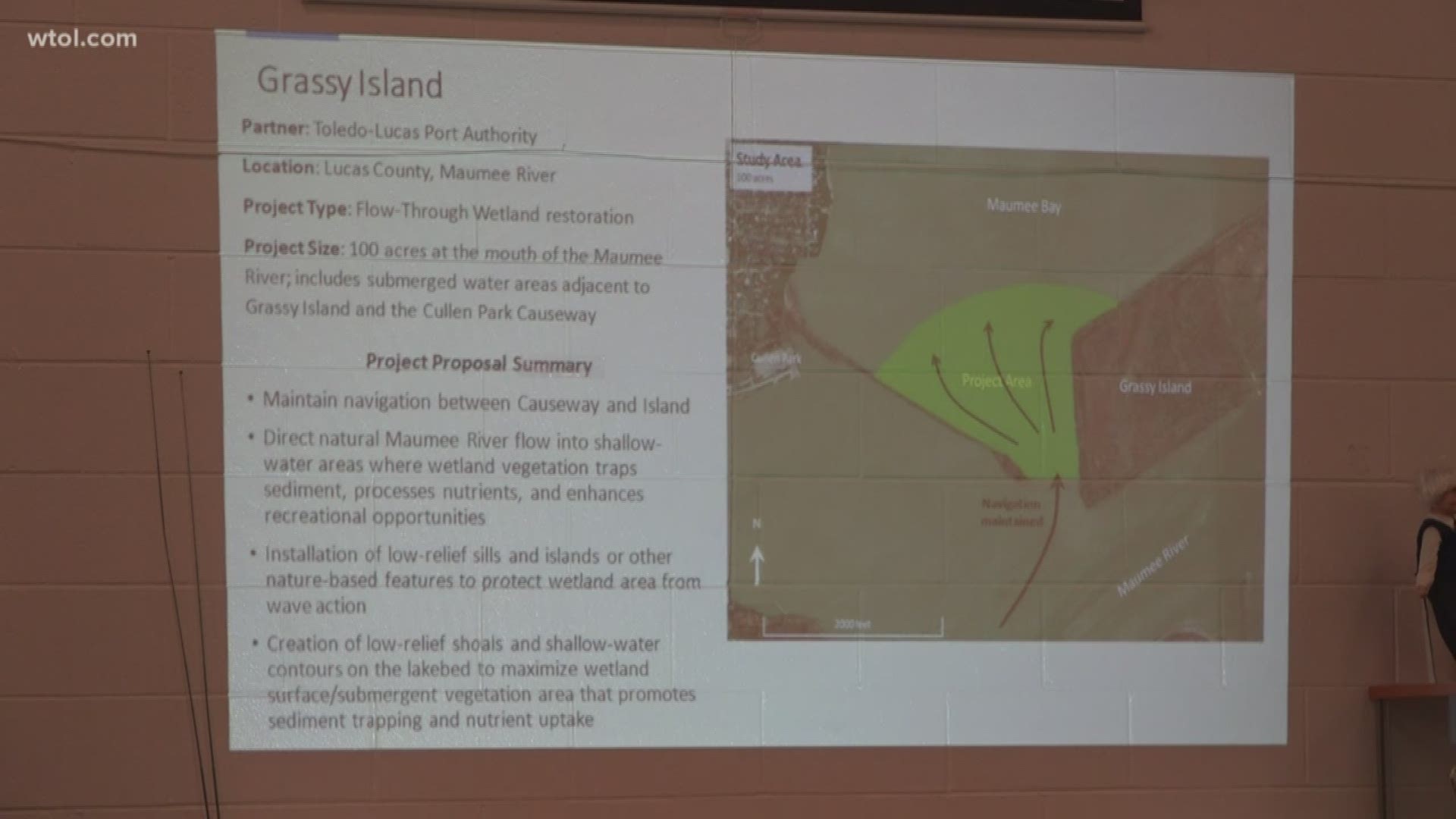 The community of Point Place is sounding off on the H2Ohio project aimed at preventing algal blooms in Lake Erie.

On Monday, State Rep. Lisa Sobecki and Councilman Chris Delaney invited people for a forum to discuss the H2Ohio plans for the Point Place area.

"This is home to me, and I was concerned. I wanted to find out what they wanted to say, because on paper it sounds beautiful. Wet lands, lets improve the water," said Sandy Bashaw who lives in Point Place.

Bashaw joined the large crowd which showed up at the Friendship Park Community Center to voice their concerns.

The projects include Grassy Island and Cullen Park which are being planned through a partnership between The Ohio Department of Natural Resources and The Toledo Port Authority.

"The Ohio Department of Natural Resources is rolling out $46.2 million dollars worth of wet land restoration across primarily Northwest Ohio - the Maumee River Basin but also statewide as well to address harmful algae blooms," said Eric Saas, the H2Ohio program manager with ODNR.

Right now they're both working with engineering and consulting firms to develop a plan for Cullen Park and Grassy Island.

However, the community is worried on how the plan will pan out.

"Most of right now people are concerned with the dredges and those phragmites that are coming in. What are they gonna do with that and how are they gonna take of that. And they really couldn't answer that,' said Bashaw.

But State Rep. Sobecki says this is just the very beginning of the project.

"We just passed House Bill 166 in July, so nothing's happened yet but the process has begun. So just what is happening right now: when are we looking for the wetlands? When should will we start seeing construction. What does that mean to our neighborhood," said Sobecki.

After the meeting, Saas says they will continue to hold open discussions with the community of Point Place.

"We want this to be excellent in terms of water quality and the benefit to Lake Erie. Reducing phosphorus, reducing nutrients coming into Lake Erie. But we also want it to be an amity for the local community," said Saas.