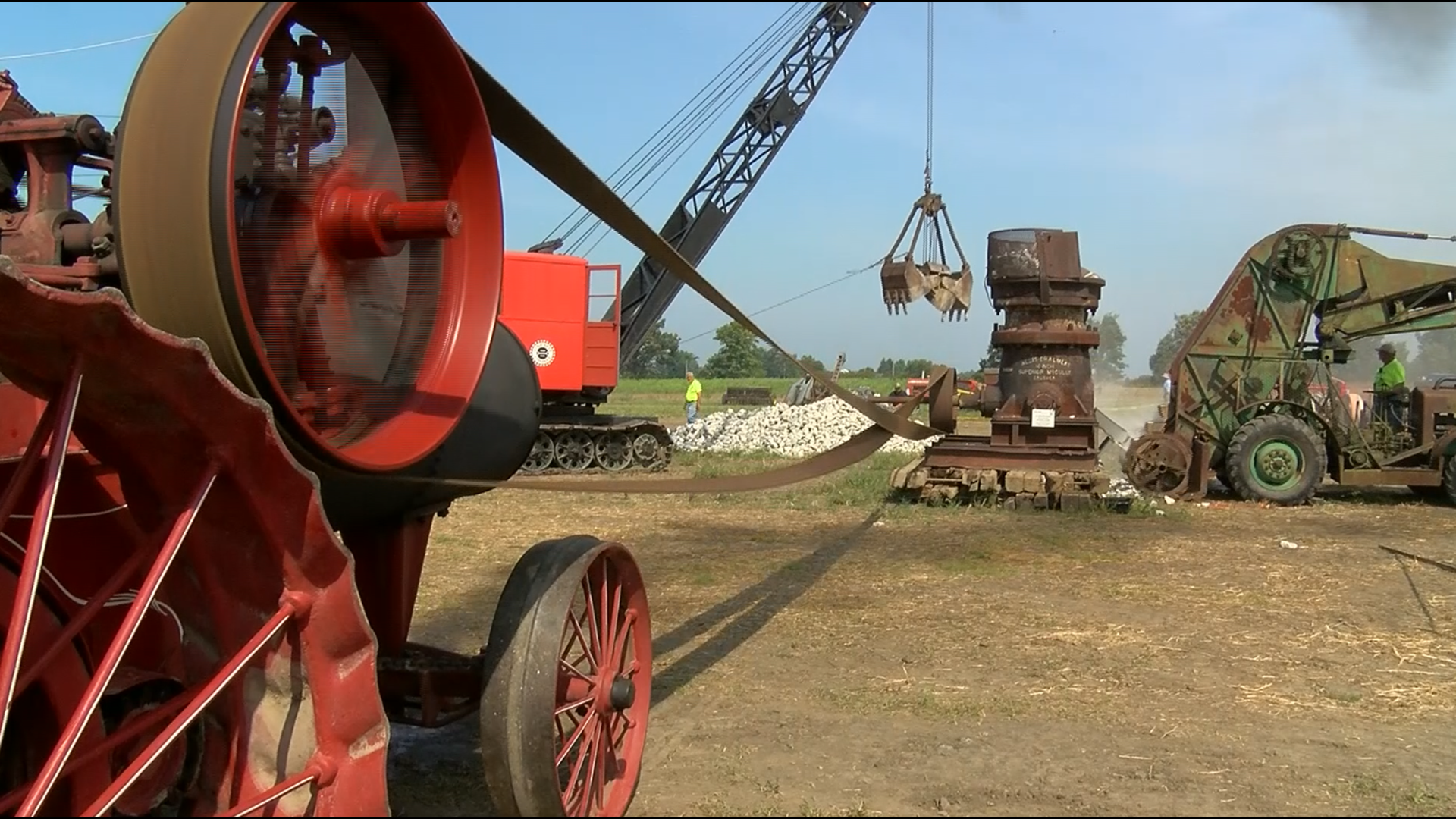 Some people collect coins or comic books, other prefer rocks or records, but then there are those who collect things that require a semi truck to move them.

Those are the folks who are gathering this weekend at the Heavy Construction Equipment Museum in Wood County near Bowling Green. The event is the HCEA's year to host the annual International Construction and Equipment Exposition as hundreds of collectors of antique and vintage construction machinery converge on the site to show off everything from old bulldozers, vintage stone crushers, horse drawn road graders, as well as a variety of cranes and earth-moving equipment.

"It's all about getting people together to demonstrate equipment that actually built America", event chairman and avid collector, Mike Androvich said. "We hear so many people comment when they see this stuff, 'How could they do it with that kind of equipment?' But, they did."

The annual assembly of antique machinery is held about every three years on the museum's 80-acre property on Liberty Hi Road and draws thousands of onlookers, from far and near who find themselves captivated by the old machinery which they can actually see in operation.

A new exhibit drawing great interest this year is an old stone crusher that the museum has had for well over a decade. This year, however, thanks to the work of volunteers, the old crusher will be making noise again, as a coal-driven steam engine turns the big belt, turning the iron wheels of the crusher, changing the big rocks into little ones. An audience gathered to watch the action with cameras in hand.

"This is just unbelievable to see these old steam engines and machines running like this," Spletzer said.

He showed up to the event on Friday with Dennis Sisung of Carleton, Michigan who said he is always impressed by what construction workers had to use in the early days.

"Just to see this old odd stuff, I'm glad we don't do it like anymore. You gotta have respect for the guys who used this stuff," Sisung said.

There's just about every type of heavy construction tractor, truck, crane or grader represented at the rural on site, as well as a lot of diesel, smoke,  power, noise and torque on display.

Some of the mechanical muscle has been brought in from throughout the Ohio region, but some come from as far away as Nebraska.

Mike Androvich said it's the greatest single gathering of this kind of equipment anywhere. The museum is the nation's largest collector of construction artifacts and is open year around for visitors and volunteers who like to tinker.

One of those men is Adam Berry from Temperance who said he like to tackle such mechanical problems and challenges. He was working Friday with a Marion Electric Shovel built in 1926. Museum volunteers have restored it and it still works.

"It's an interesting hobby. It's kind of neat, this old stuff nobody knows about," Berry said of his museum work. "The old-timers who ran it are gone, so you gotta do a little reverse engineering to figure out how things work."

Others who work with Berry as volunteers say they, too, love the challenge of the work and like having the opportunity to restore those iron wheels of history to get them running again.

If you're interested in checking out these giant machines from history, the exposition runs through Sunday.

RELATED: Crawford's burning at the stake remembered in Wyandot County