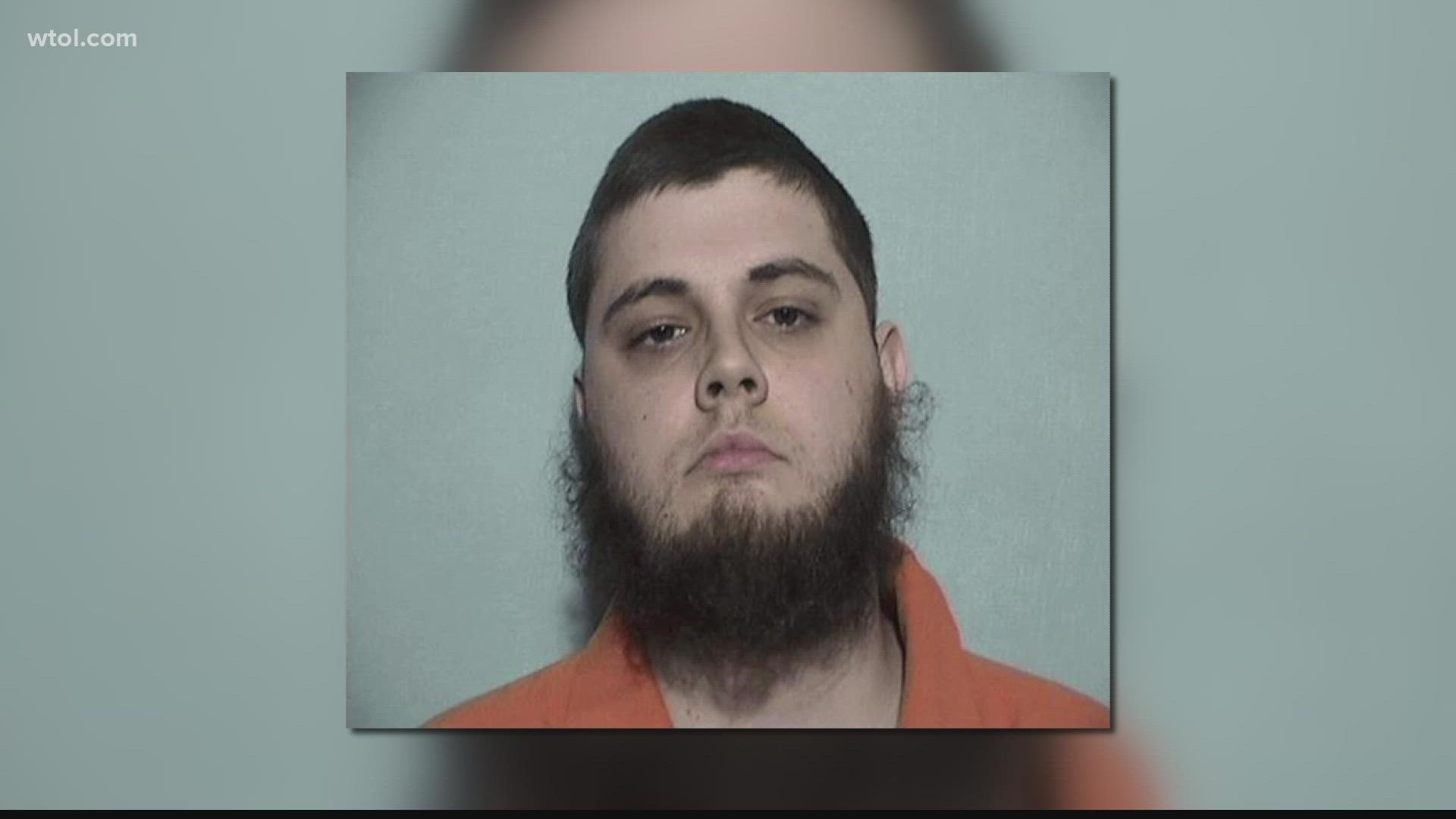 TOLEDO, Ohio — A Holland man was sentenced to 20 years in prison and supervised release for life on Monday after being convicted of supporting a terrorist organization and plotting an attack on a Toledo-area synagogue.

Damon Joseph, also known as Abdullah Ali Yusuf, plead guilty in May to attempting to provide resources to a terrorist organization and attempting to commit a hate crime.

His plea agreement made it likely he would be sentenced to 20 years in prison. The maximum term he faced was life in prison.

Joseph was arrested in December 2018 after a months-long FBI investigation was prompted by his social media activity showing support for ISIS and terrorism. An undercover agent began trading messages with him and eventually met him and provided him with a duffel bag containing two semi-automatic rifles, although law enforcement rendered them inoperable.

Joseph was charged with attempting to provide material support to ISIS, attempting to commit a hate crime and possessing firearms in furtherance of a crime of violence.

Before reading his sentence, the judge allowed Joseph to read a letter he wrote during his stay at the Milan detention center, in which Joseph insisted that at the time of his attempted crimes he was "naïve and ignorant of religion." Joseph claimed he had been radicalized through ISIS propaganda online and has learned significant lessons since his arrest.

The prosecution was quick to point out that this is still the same man who told authorities he had a nine-point plan to commit mass murder on the local Jewish community and made plans with an undercover agent he thought was a fellow ISIS sympathizer.

In his closing statements, the judge said this case is one of the most severe to ever enter his court room, calling the situation "tragic." Local Jewish community leaders from the Jewish Federation and Congregation B'nai Israel, one of the synagogues targeted by Joseph, released statements reacting to his sentence.

The Federation stated: "The sentence reflects the community's rejection of his hate and punishes him appropriately...we are grateful to the Court, to the FBI, local law enforcement and the U.S. attorney's office for the Northern District of Ohio for their careful attention and diligence in bringing Mr. Joseph to justice and for protecting our community."

"How appropriate that he has been sentenced as we commemorate the world's worst act of terror- 9/11. Similarly, this is around the Jewish holiday of Yim Kippur, the time when Jews seek atonement, not only from God, but equally important, from our fellow man."

Days after 11 people were murdered at the Tree of Life synagogue in Pittsburgh, Joseph told an undercover agent he desired to carry out a similar attack in Toledo, according to court filings.

He told the agent he wanted to attack two synagogues but concluded one attack would be more realistic.

Joseph specifically told an agent he wanted to kill a rabbi.

Records show Joseph expressed interest in becoming a recruiter for ISIS and sent the agent videos supporting terrorism. In December 2018 just prior to his arrest, he sent an agent a detailed plan of his attack.