SAME Café, short for So All May Eat, lets people pay for their meal by volunteering time, donating money or giving produce to use for future meals. 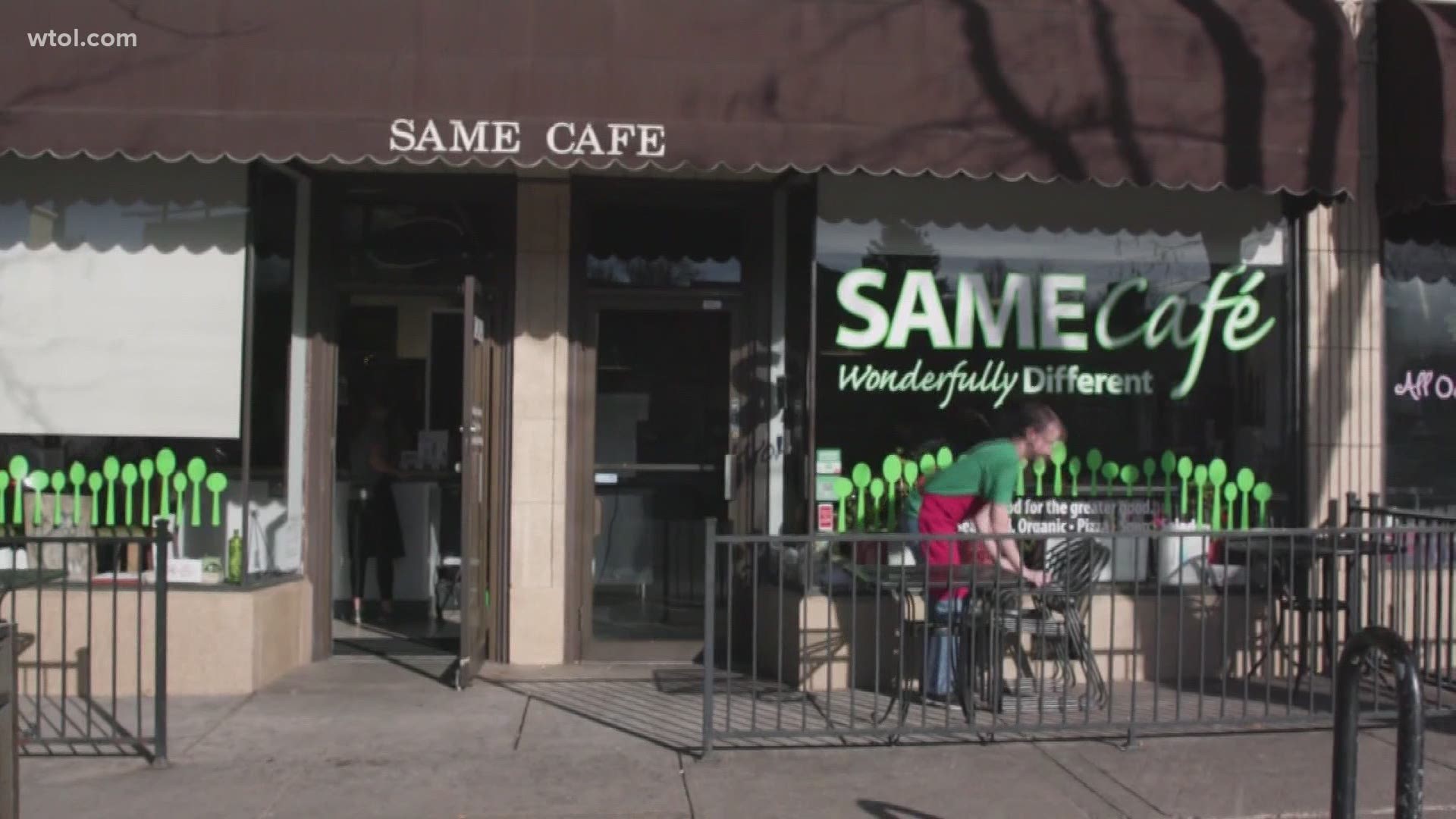 TOLEDO, Ohio — A new shop coming to downtown Toledo would rather you pay for your meals with your time and help, rather than with your money.

SAME Café, which stands for "So All May Eat," is a non-profit out of Denver working to help people suffering from food insecurity.

It started back in 2006 and has been thriving in Denver, but never wanted to expand until now.

The executive director tells me they get approached by up to five cities every month looking to bring SAME to their city. But they chose Toledo saying its spirit matches their mission.

"There are not that many very things in the world that are completely good but SAME Café is one of them," said Steve North, who's on the advisory board for SAME Café Toledo.

Imagine paying for your meal by volunteering your time at the restaurant? All while supporting a group that's fighting food insecurity in your community. @samecafe has been doing that in Denver for 15 years and is bringing that concept to Toledo @WTOL11Toledo pic.twitter.com/hauQAOFY71

North is leading the effort to bring the concept to the Glass City. The non-profit's board picked Toledo based on five criteria: restaurant experience, location, local agriculture, donors and volunteering.

"We were the only ones that got all five," North said. "No one else even got three."

SAME Cafe executive director Brad Reubendale visited Toledo last month with board members and says it's exactly what they were looking for.

"Toledo won" he said. "You all are an incredible place, I've fallen in love with this community."

Reubendale says Toledo's spirit matches the founders' vision to create a sort of food safe place treating all with dignity.

"We wanted a place where anyone that walks through the door would feel comfortable," he added, "whether you're a millionaire and you just like good food or you're experiencing homelessness or challenges and cant get food anywhere else."

It's worked in Denver for 15 years with this simple participation menu to pay for a meal. You can volunteer time, donate what money you can, or give fresh produce for them for future use.  And everyone gets the same meal, no matter what.

"A person with means who can pay a lot of money for their lunch can't get a better lunch than the person who's volunteering for half an hour," North said. "They all get the same beautiful high end, fine-dining quality, delicious quality food."

Reubendale stressed food insecurity went up with the pandemic. But so did those willing to help. And he's excited to see what it can be here in Toledo.

"We continue to be blown away with the humans that we've met there and the community and the spirit of Toledo," Reubendale said.

The advisory board is looking at locations downtown to set up shop. As soon as they find a location, they'll start construction and they hope to have doors open by the end of the year.