BolaWrap is a device designed to wrap up a subject with a Kevlar cord when it's fired. 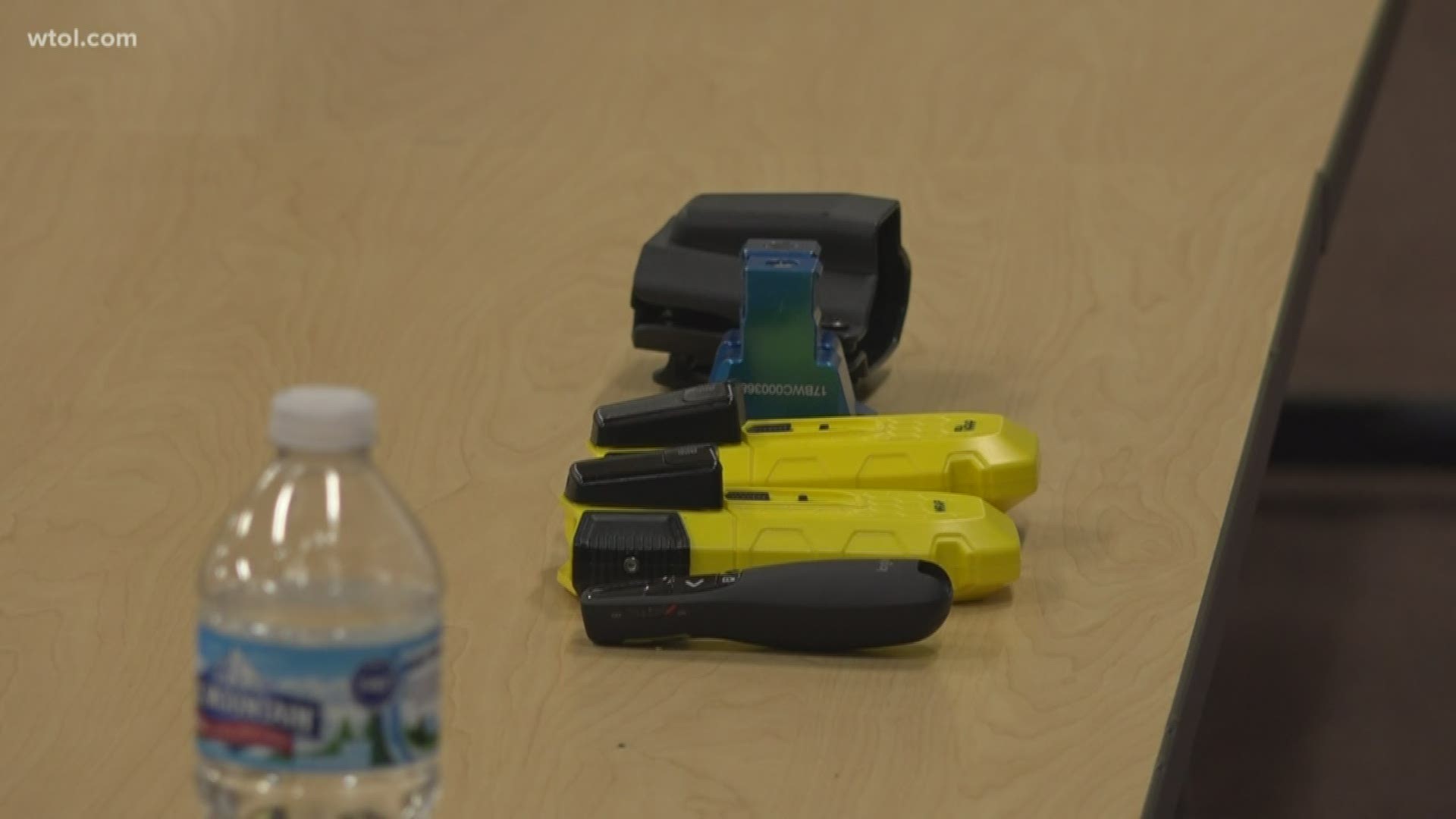 WALBRIDGE, Ohio — There's a new tool for fighting crime on Ohio's streets and beyond.

It's called Bola-Wrap: a firearm-like product meant to literally tie up a criminal with a Kevlar cord when it's fired.

"Anybody who's been in law enforcement realizes what we do sometimes doesn't look, in the eyes of people, acceptable," BolaWrap chief strategy officer and former Miami Beach Police Chief Don De Lucca said. "So, this is a tool you can use earlier in a situation to get somebody to comply."

BolaWrap is known as a remote restraint device. It's not meant to be lethal, nor is it meant to hurt a subject. Its goal is to stop someone in their tracks.

"If you can put somebody into custody or restrain them without hurting them, that's a win-win for law enforcement and the community we serve," De Lucca said.

"It's a supplement," said Mark King, chair of Criminal Justice and Emergency Services at Owens Community College, where a training seminar for local law enforcement was held Tuesday. "It's another tool in our toolbox we can use. But we use it at a lower level of force. So before things escalate, we can sneer and capture a subject so we're not having to use a Taser and have them fall, or go hands-on."

The $925 devices are being considered by Toledo police, a spokesman for the department said, but none have yet been purchased.

Several other departments in the region sent representatives to the seminar looking for more information and a demonstration.

Northwood Police Officer Josh Hannum, who experienced being "wrapped," was one of them.

"It definitely helps," he said. "If you know somebody who might run or before you try and tackle somebody, it might be easier to wrap them up and make sure that they know they're not gonna go anywhere."

BolaWrap representatives said roughly 70 departments around the United States currently use the product.