The goal is to have the new "Glass City River Wall" completed by the Solheim Cup this August. 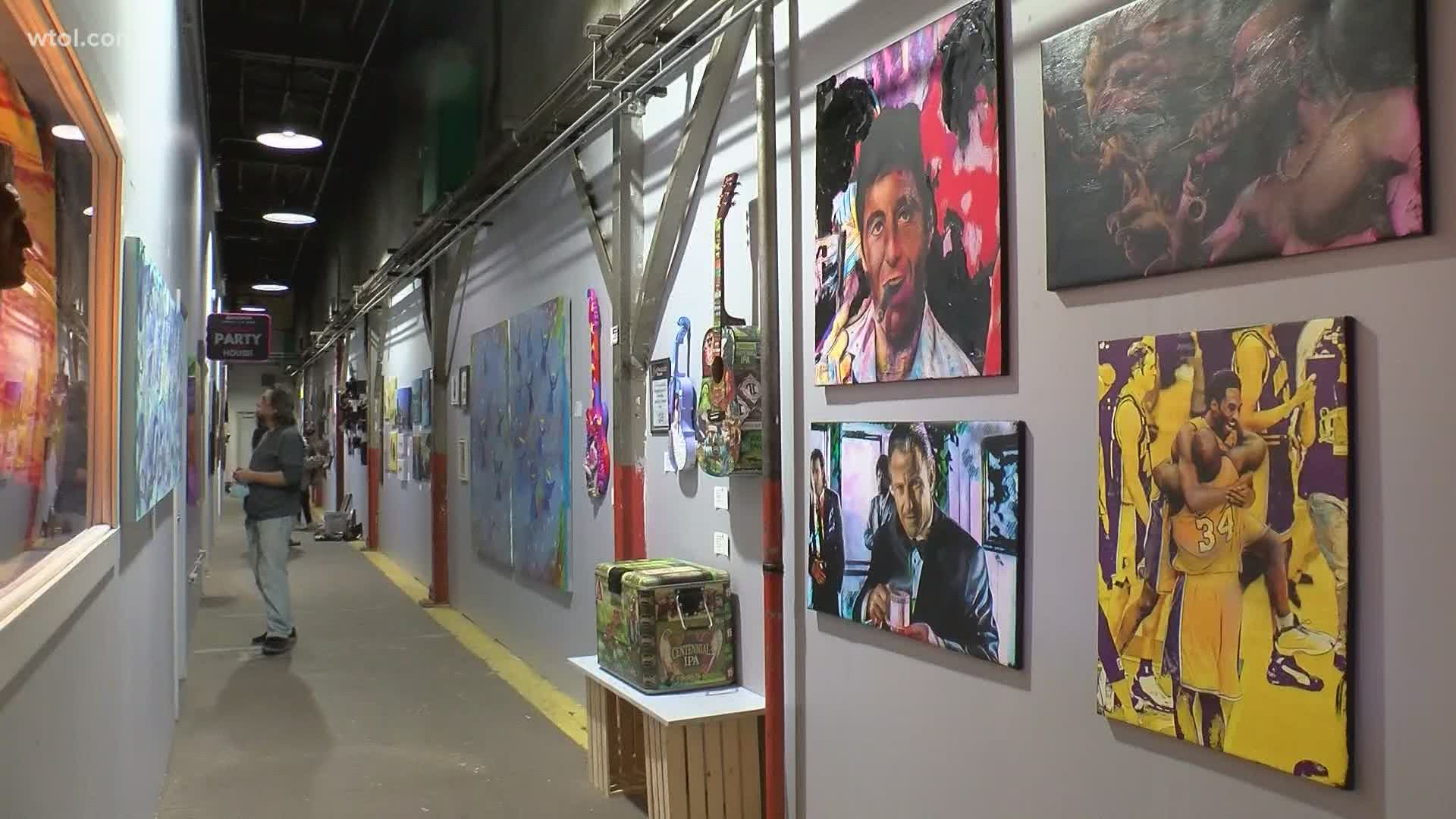 Toledo got its first glimpse Tuesday at what a new art installation will look like along the Maumee River.

A stretch of 28 grain silos, owned by a company called ADM, will soon be spruced up with a 160,000 sq. ft. mural, featuring sunflowers and swirls of blue.

ADM's mission is to feed the world - a goal that the art project's operation manager, Nicole Leboutillier, aligns perfectly with the installation's theme of the first farmers, Native Americans and economic development.

The theme was developed after the Glass City River Wall team, filled with community members of all backgrounds, found a stone monument along the river, commemorating the area as a Native American fortification.

The artwork will be painted by Gabe Gault, a creator out of California. He said he believes he can use his art to tell a powerful story for the Glass City.

“I want to tell a story that is colorful, bold, simple and readable,” he said in a press release. “My objective is to offer both an origin story, which honors the original farmers of the region, as well as providing an inspirational image for the future: a cornucopia of abundance and prosperity which speaks to ADM’s corporate governance and philanthropic contributions.”

Gault will be flying to Toledo in June to begin working on the project.

The Glass City River Wall is expected to be completed by the Solheim Cup at the end of August.