For years, the Campbells thought their son Deagon was perfectly healthy, but there was something going on that was hurting him, and they couldn't see it. 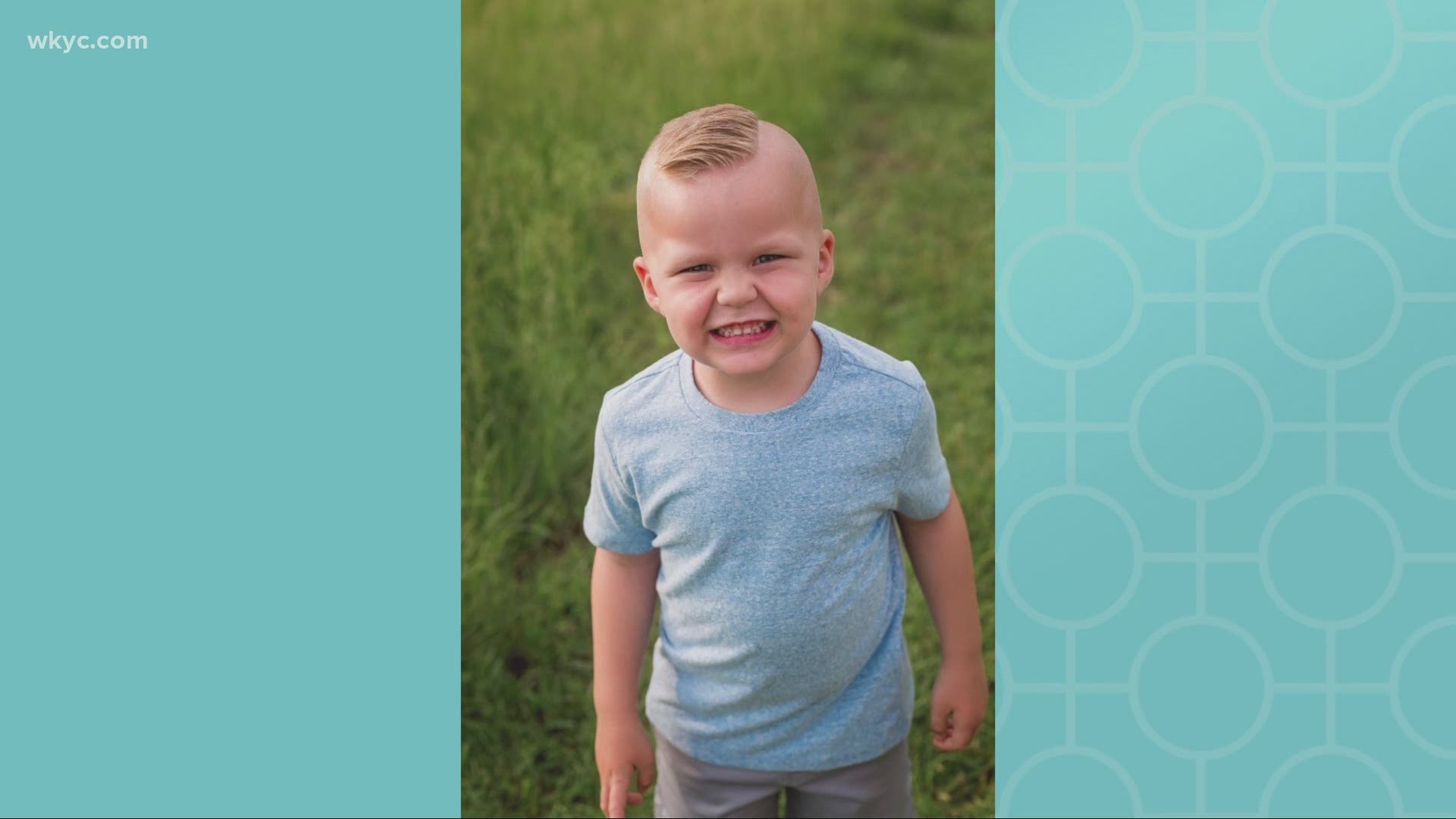 MASSILLON, Ohio — Imagine being afraid to go outside. That's what Andrea Campbell says her 5-year-old son, Deagon, went through for years.

"We would be in the car and the sun would come through the window and he would initially start screaming because the sun was shining," Andrea said.

It started when Deagon was just a toddler, crying and resisting whenever he went outside.

"We would be outside at barbecues or things, and you put him out in the grass and he would start screaming," Andrea said. "So initially then, we're like, 'Okay, maybe he just doesn't like grass.'"

But the problem wasn't grass. It was something his parents couldn't see.

"He would lay at night and tell us that his feet are burning, and you would look and see, and there is nothing wrong with them," his mom remembered. "There [are] no symptoms there, there's no redness, there's no swelling."

Summers were the worst, but with no visible symptoms and doctors saying Deagon was okay, Andrea became frustrated at times.

"Everybody would be ready to go outside and swim and he'd get in the pool, and immediately, he's like, 'The water's burning me! It's too hot!' And he'd get out and run back into the shade," Andrea told us.

When the pandemic hit last March, Deagon's condition went from bad to worse.

"As the summer went on, his hands started to scab up, his nose scabbed over, his ears scabbed up," Andrea recalled. "After being out one day, they blistered and scabbed up and I felt guilty. I'm like, 'How did he get that sunburned from being outside in one day?'"

One doctor suggested it could be from excessive handwashing due to the coronavirus pandemic; another said it could be a virus or maybe eczema. Medicines weren't working.

Andrea's motherly instinct took over. She sought a second opinion from Dr. Nicholas Nguyen and his nurse practioner at Akron Children's Hospital.

"They actually called three hours later [and said] 'I think that your son has this condition,'" Andrea remembered.

A blood test confirmed Deagon had EPP, or Erythropoietic protoporphyria. It's extremely rare. In fact, only as much as five in 1,000,000 people are diagnosed per year.

Basically, Deagon was allergic to the sun.

"He hopped from shadow to shadow to get to where he wants to go," Andrea told us. "We all need hemoglobin to help with the red blood cells. When you don't have enough, these natural chemicals build up under your skin that then don't produce the hemoglobin that you need, so in return it causes issues that are associated with the red blood cells that causes photo sensitivity to light."

It was a first for Nguyen, but he knew right away looking at Deagon's pictures.

"The diagnosis was very apparent immediately," he said. "I can see how, certainly, some of the skin changes could look similar to eczema."

It was a shocking diagnosis that send Andrea into feelings of guilt.

"When he told us his feet were burning and I would tell him, 'There's nothing wrong with you,' that mom guilt kicks in," she said. "As a little boy, he knew that he was hurting and he was trying to tell us, and we didn't know how to relate it."

Nguyen says there was no way for Deagon's parents to know.

"I would tell [Andrea] that this is really an example of two parents who advocated tirelessly for their child, and that's really what helped us arrive at the diagnosis," he said.

Now that he's getting help, Deagon will be able to do all the things he wants to do.

Pants, gloves, and special hats will help. And Deagon? He has big plans.

"He wants to be an NFL player when he grows up," Andrea said. "Right now, that's his dream, and this can't hold him back.

"I am beyond proud of Deagon. I could not have asked this to happen to a better child. He's so responsible with it."

RELATED: Their 12-year-old has childhood 'Alzheimer's.' $3 million is their only hope for saving him.