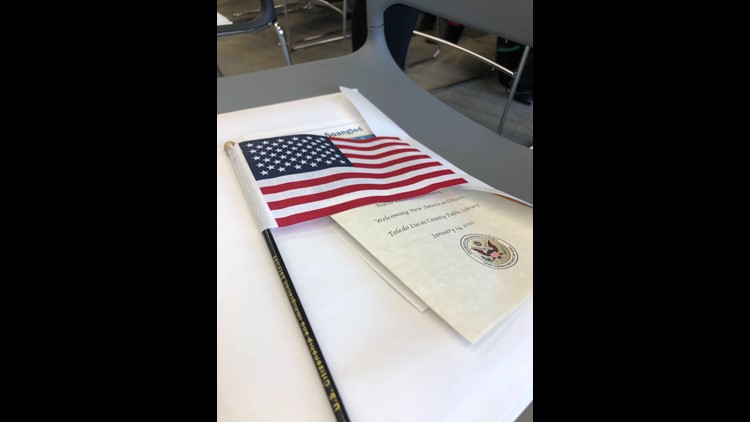 TOLEDO, Ohio — It was an exciting day Tuesday, at the Main Library in downtown Toledo. That's because 35 people gained their US citizenship.

The newly US citizens had to pass a language and civics test as well as meeting other requirements.

Sirichan Zahel, from Thailand said there's a big dfference in displaying affection between America and her homeland.

"In Thailand we're never hugging, never say I love you.  But here, we always hug and show how to love and its easy, but in Thailand we don't do that much," she said.

During their naturalization ceremony, the 35 took an oath to support and defend the US constitution, give up allegiance to other countries and provide military service if called upon by the the United States.

RELATED: Is Cardi B leaving the United States?

RELATED: US should recognize American Samoans as citizens, judge says