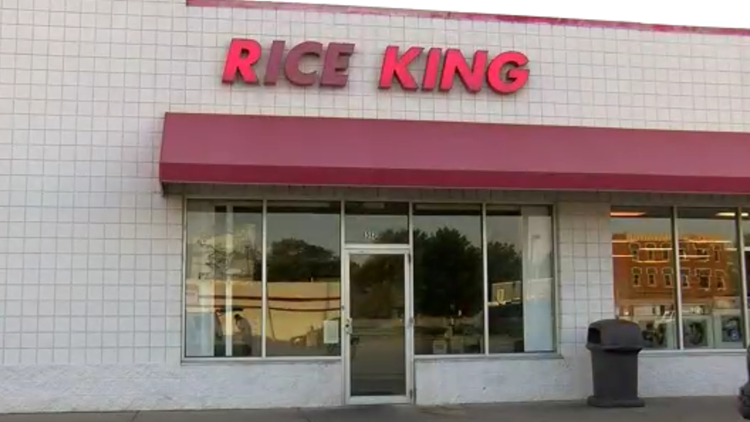 A local restaurant voluntarily closed last Thursday after a customer found a dead roach fried up with a rice order.

The discovery prompted a swift response by the Lucas County Health Department.

"Yeah, I don't think I will order from there anymore," one concerned customer said.

Many customers were shocked customers after learning why their neighborhood restaurant has been closed.

The owner of Rice King on Broadway in south Toledo was recently hit with several violations during a inspection by the Lucas County Health Department.

Pictures snapped by a customer, who doesn't want be identified, is what tipped off investigators. The woman claimed that last Thursday, she ordered shrimp fried rice and General Tso chicken and found a dead roach in her order.

That roach was just one of several according to a inspection report. In the report, a sanitarian from the health department noted observing live cockroaches behind a refrigerator, a large dead cockroach underneath a storage shelve floor, mice droppings next to storage bins as well as live gnats and drain flies throughout the facility.

An inspection from 10 months prior found the location was hit with several other correctable violations. From employees not washing hands when required, to food not being properly protected from contamination.

We went to get answers from the owner, but the doors were locked, with no one inside. A voice recording stated the restaurant was closed for equipment updates and plans to reopen next week.

"Do you think a deep clean will be enough to earn your business back here? No, I don't think so," Edmondson said.

The customer who alerted the health department did receive a refund for her meal.

According to the health department, the owner of the restaurant is currently in the process of cleaning and treating for pests. Since the restaurant voluntarily closed, the heath department is not required to re-inspect. However, they will be notified before the location re-opens.

We asked for ways you can spot problems when going out. But, health department officials said that unless you see the roaches, you can't do much.

However, officials said that if you do see roaches in the daytime, the establishment you're at most likely has an infestation.

RELATED: Popeyes on Secor back open to customers